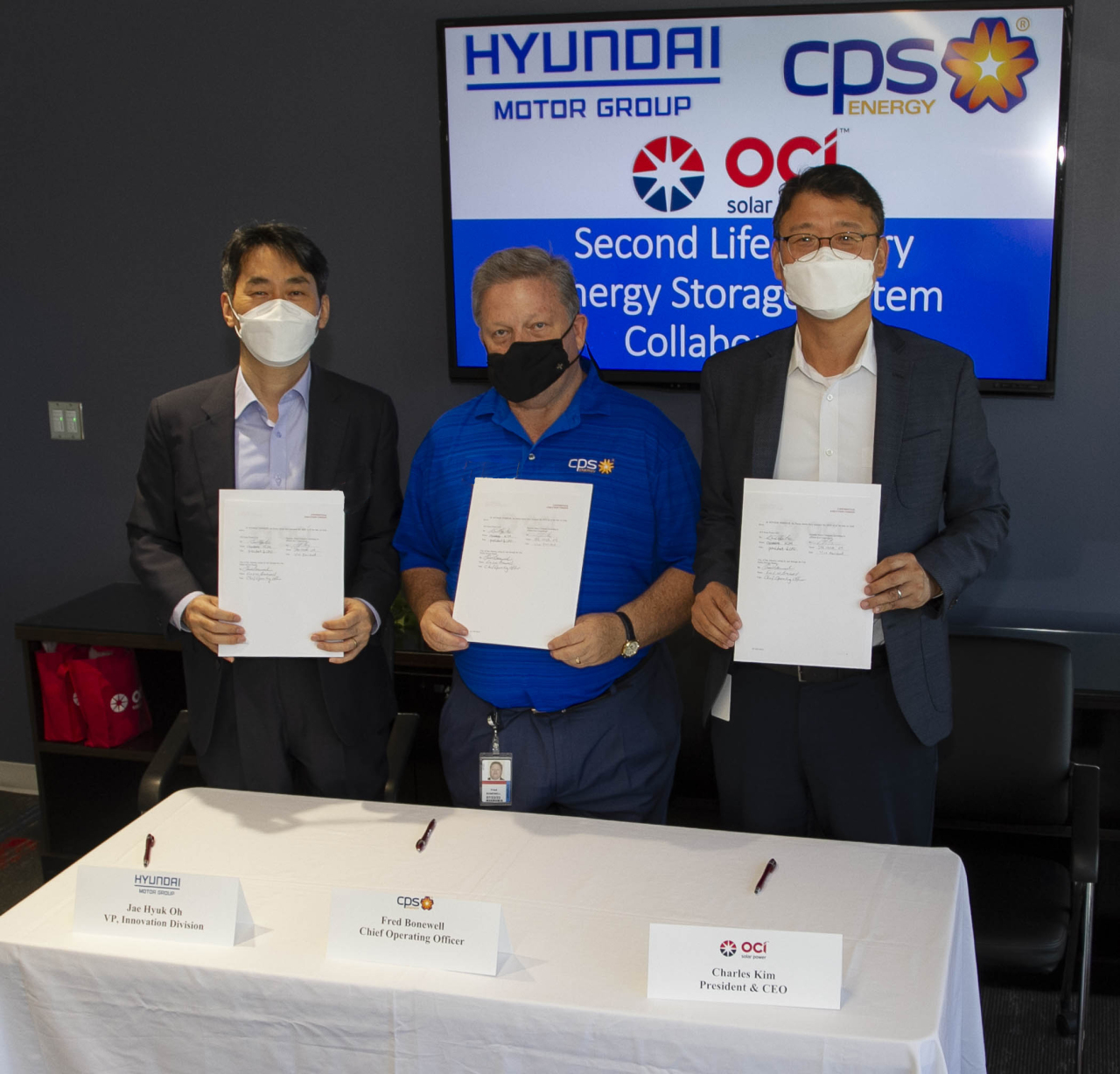 ESS is a giant battery the size of a container that stores leftover electricity by renewables such as solar and wind power.

By September next year, Hyundai Motor, CPS Energy and OCI Solar Power will establish an ESS facility that can store a half-megawatt power, which is enough to power some 100 homes for a day.

CPS Energy would operate the facility, Hyundai Motor would provide its independently developed ESS and OCI Solar Power would manage the software connection.

The successful testing would lead to an environmentally friendly way to extend the shelf life of EV batteries, which have to be replaced once their capacity falls below 70 percent, according to Hyundai Motor.

CPS Energy is the largest municipally-owned electric and natural gas utility in the US that provides power to some 1.2 million households. OCI Solar Power, which supplies solar power for CPS Energy, is one of the largest utility-scale solar energy developers in Texas.