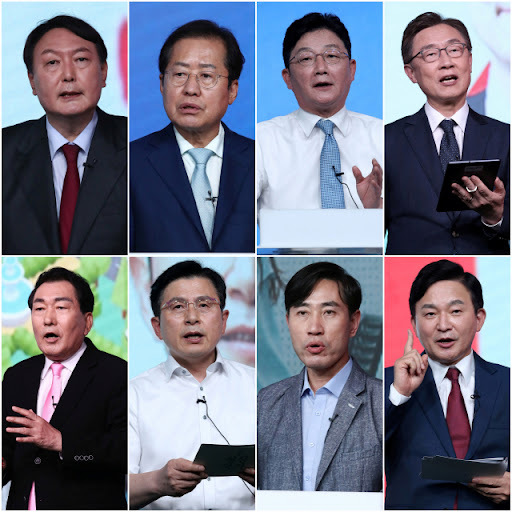 They passed the so-called first cut-off in a process largely based on two-day public opinion polls conducted earlier this week.

The eight contenders will face off against each other in the second cut-off round to select four winners, the results of which will be made public on Oct. 8. The PPP is scheduled to elect its presidential candidate on Nov. 5.

The party plans to begin a primary TV debate on Thursday. (Yonhap)