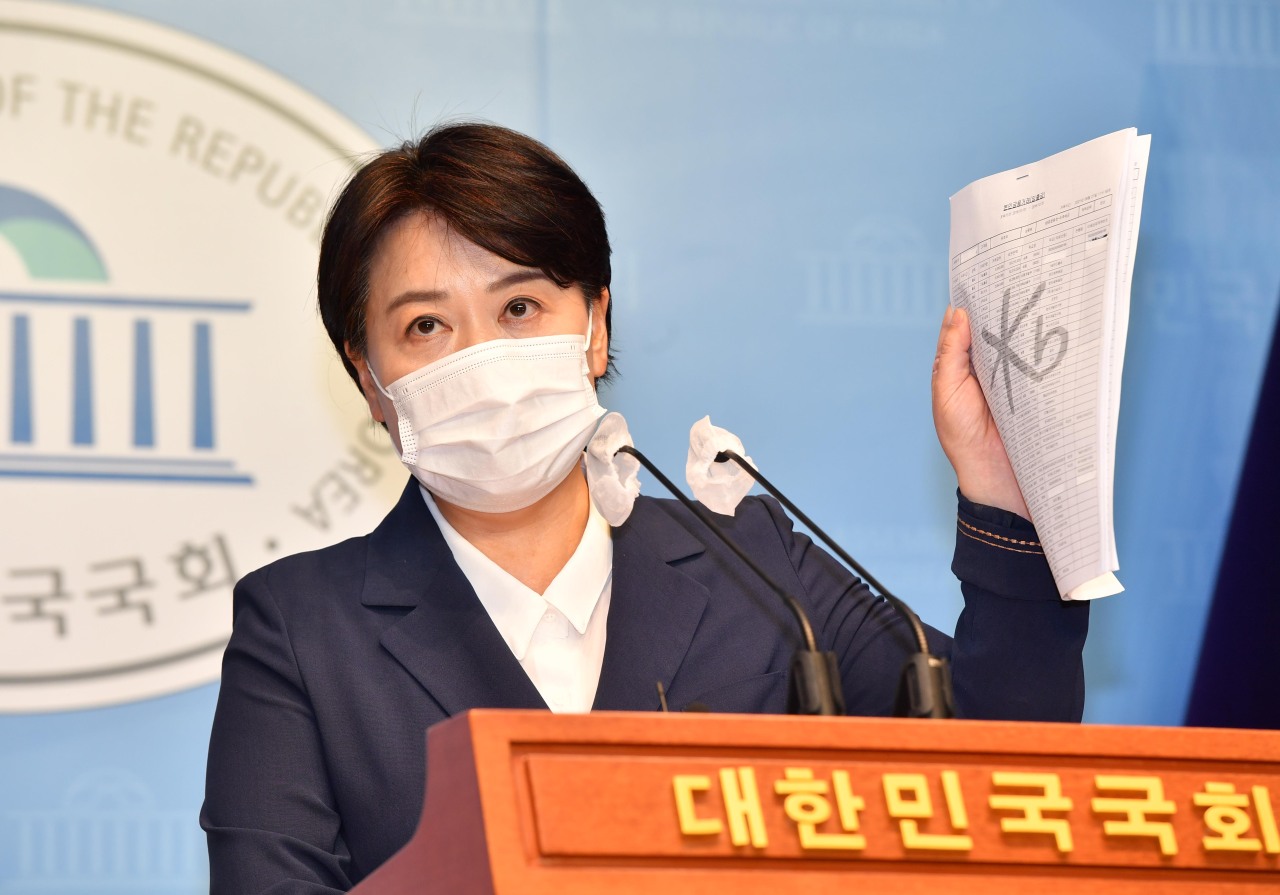 Rep. Yoon Hee-suk denies her involvement in an alleged land speculation deal by her father during a press conference on Aug. 27, 2021. (Yonhap)
The National Assembly on Monday approved the resignation of Rep. Yun Hee-suk of the main opposition People Power Party (PPP), who offered to resign following speculation allegations over her father's past real estate transaction.

Yun, a former economist and a rising PPP freshman member, had offered to give up her seat and presidential bid last month after being included in a group of main opposition lawmakers who either themselves or their families were suspected of being linked to speculative real estate deals in the past in a probe by the Anti-Corruption and Civil Rights Commission.

Her father came under suspicions of violating the farmland act by falsely registering himself as a farmer in March 2016 and purchasing a vast swathe of farmland in the central city of Sejong two months later, without tilling the land himself. The case has been transferred to a police-led special government investigation team

In a National Assembly plenary session, lawmakers passed the motion to relieve Yun in a 188-23 vote, with 12 abstentions. During a parliamentary session, a sitting legislator's resignation is decided by a majority approval in a plenary session.

In her remarks before the vote, Yun stressed that she was voluntarily throwing away her privilege by resigning.

"Everyone knows that when a lawmaker lays down his or her privilege, he or she can be subject to the most stringent possible probe," Yoon said. "I urge you not to judge my resignation (offer) as driven by political calculations or plotting."

Last month, the PPP leadership expelled one member and recommended five others leave the party after reviewing the alleged speculative property deals. The party concluded that the case of Yun's father wasn't subject to disciplinary actions, but she nonetheless decided to give up her seat.

Yun's resignation brings down the total number of parliamentary seats held by the PPP to 104, as opposed to the ruling Democratic Party's 170 seats. (Yonhap)