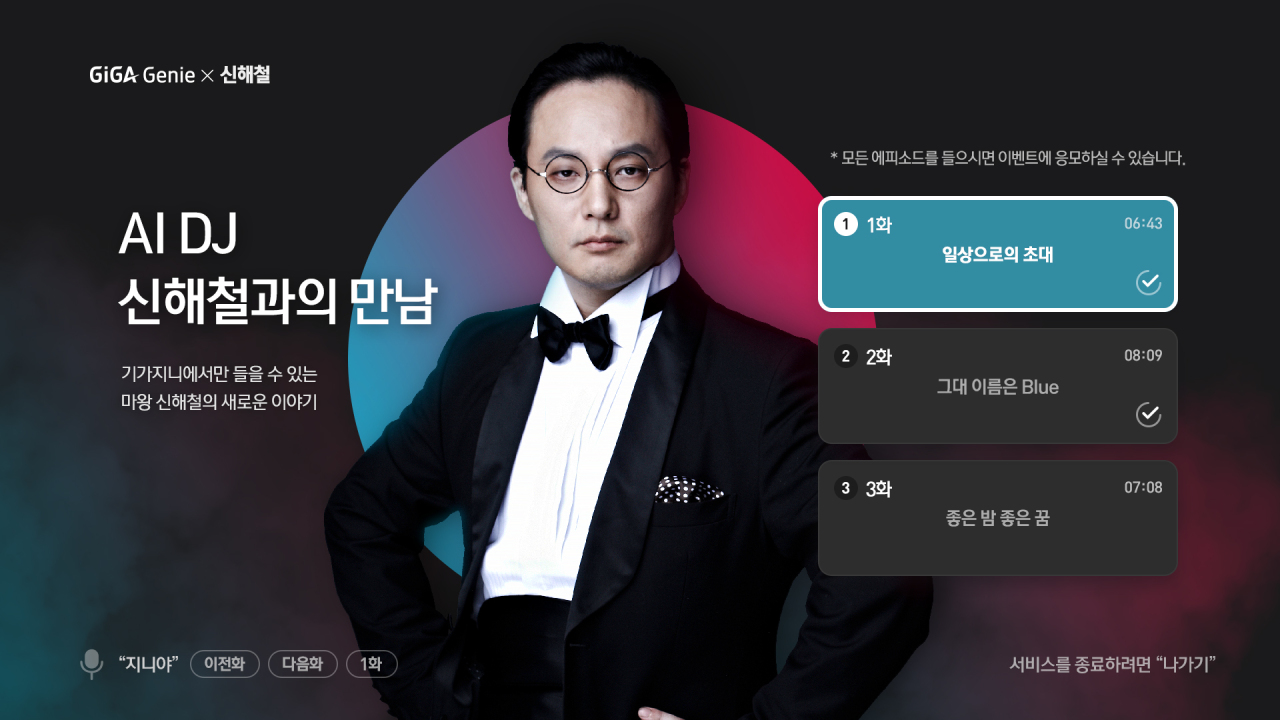 A promotional image for Korean rock legend Shin Hae-chul’s new radio program created with AI technology (KT)
Legendary rock star Shin Hae-chul is making a comeback on the radio waves, thanks to AI technology that was able to re-create the voice of the late singer-songwriter.

An artificial-intelligence based technology called “Personalized Text to Speech” took data from episodes of “Shin Hae-chul’s Ghost Station,” a radio program starring Shin from 2001 to 2012 in order to bring his voice back to life, according to telecom company KT Sunday.

Deep learning-based technology studies a whole data set to simultaneously generate the voice. The telecom operator has made efforts to commercialize the technology for services including an AI voice assistant speaker system with the voice of comedian Park Myung-soo.

“Our AI-based technology studied Shin’s pattern of pronunciation and personal dialect to realize the actual voice of the rock star. This surpassed the original technology of pronouncing simple words and sentences,” KT said in a press release.

Fans can listen to the rocker’s reproduced voice through a new radio program, whose title directly translates to “AI DJ, Meeting with Shin Hae-chul.”

The program delivers remarks about the difficulties that South Korean indie bands face during COVID-19 era and policies on South Korean music industry.

Bae Soon-tak, a music columnist and writer of the MBC radio show “Bae Chul-soo’s Music Camp,“ took part in the project as the writer.

Broadcasting companies have attempted to re-create the voice and music of the iconic rock star, who died in October 2014, on a number of occasions.

Cable channel JTBC’s “Hidden Singer,” a show in which established singers compete against five fan contestants who are confident they can sing like their idols, headlined with Shin’s music in October 2015. Terrestrial broadcasting station MBC’s “Hang Out with Yoo” commemorated the anniversary of Shin’s death with a special song “Starman,” narrated by an antemortem voice recording and sung by legendary singer Lee Seung-hwan and Ha Hyun-woo of Guckkasten.

However, this is the first time Shin’s voice is being reproduced for a radio program.

Three episodes of the program are available until Oct. 7 via KT’s AI-based home assistant service GiGa Genie on the verbal request -- “I want to hear Shin Hae-chul’s voice.” Each episode is less than 10 minutes long.

The episodes can also be viewed on KT’s official YouTube channel on Sept. 17.