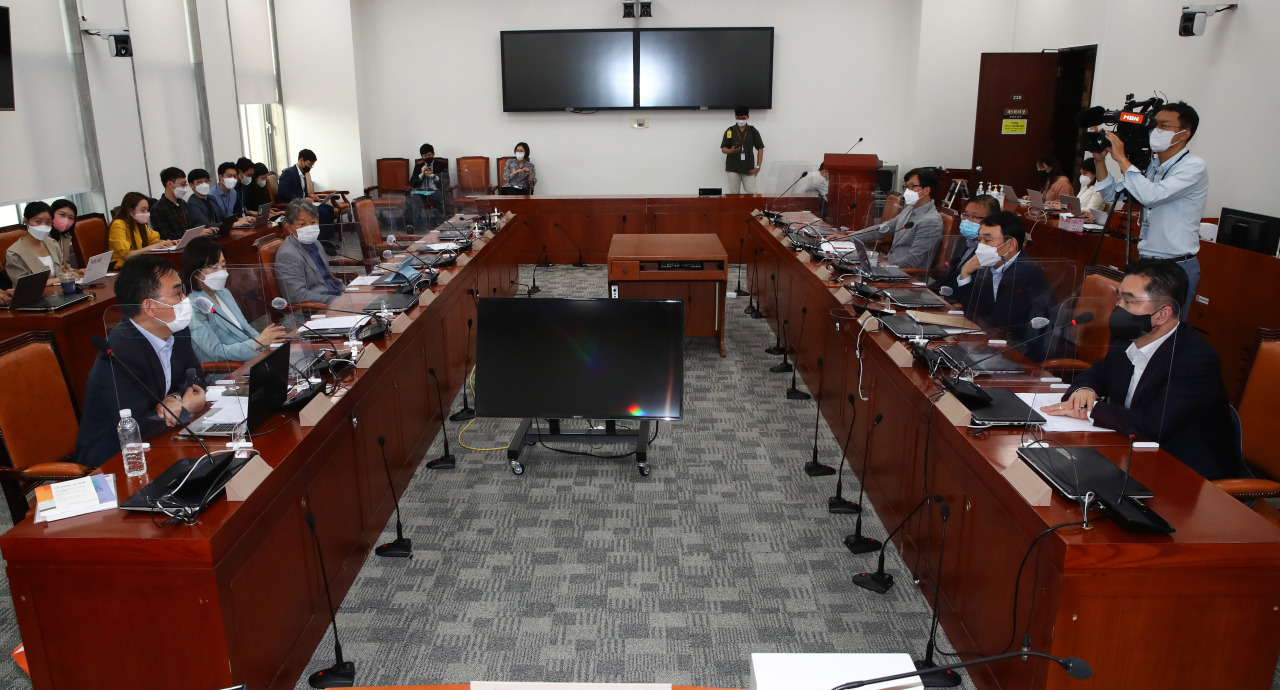 This pool photo shows a parliamentary consultative group, also consisting of academic experts, lawyers and other media experts, holding a meeting to discuss the media bill at the National Assembly in Seoul last Thursday. (Yonhap)
South Korea will continue to protect freedom of expression of its people, the government has said in response after a UN expert called for the revision of a media bill that she said could seriously undermine press freedom.

Irene Khan, the UN special rapporteur on the promotion and protection of the right to freedom of opinion and expression, made the request earlier this week, expressing concern that the ruling party-led bill would "severely restrict" the freedom of the press.

The legislation, titled Press Arbitration Act, calls for punitive damages up to five times more than usual if a media outlet is found guilty of running false or manipulated news reports. Local human rights and media activists claim the bill can be used to silence critical media.

Last week, the government sent a response letter to the Office of the UN High Commissioner for Human Rights (OHCHR), explaining that the country has worked hard for freedom of expression and the National Assembly is discussing revising the media bill.

"A parliamentary consultative group will be formed to discuss the bill through open communication and in-depth deliberations," the government said in the letter sent last Wednesday. The group will consist of lawmakers from both ruling and opposition parties, and media figures and other relevant experts, it added.

"The Government of the Republic of Korea has continued efforts to protect the freedom of expression of its people and will continue any policy efforts to that end," it said.

In late August, the ruling and opposition parties agreed to introduce the bill in a plenary parliamentary session set for later this month, as the ruling party backed away from its plan to pass the bill in its originality amid the strong backlash from the media industry and opposition lawmakers. (Yonhap)