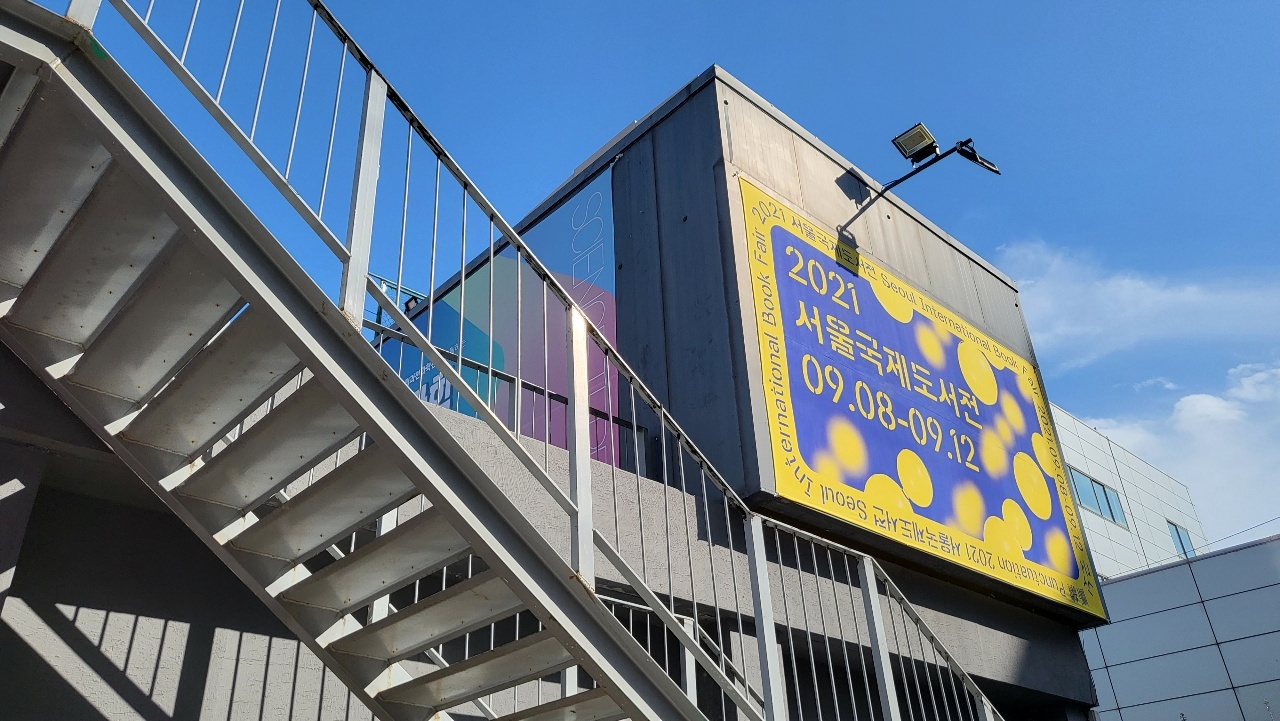 Hosted by the Korean Publishers Association, the festival kicked off Sept. 5 at S Factory in Seongdong-gu, Seoul, an area filled with brunch cafes and small ateliers of independent artists that is widely known as a gathering place for people in their 20s and 30s.

The fair was held online last year. This year it operated under strict pandemic regulations, with no more than two people per publishing booth and with all staff required to submit PCR test results three days prior to the event.

Under the theme “Punctuation,” this year’s fair navigated alternative ways of carrying on with life after a forced pause during the pandemic era, with ideas and blueprints drawn from the humanities. 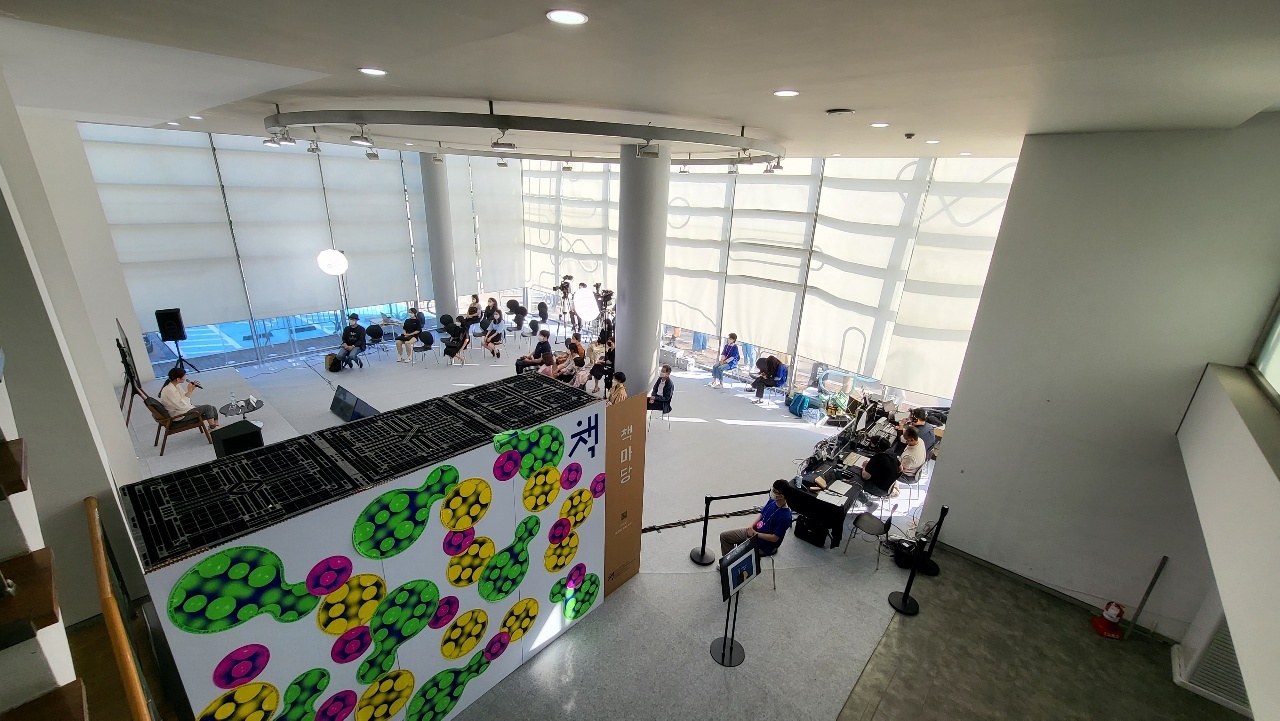 Pansori artist Lee Ja-ram talks about the rhythm and flow of traditional music to the audience at SIBF 2021 on Thursday. (Kim Hae-yeon/The Korea Herald)
Some 75 publishers and 200 writers and literary professionals participated as hosts or guest speakers, including three honorary ambassadors nominated for this year -- fiction writer Chung Serang, musician Hwang So-yoon of the indie rock band Se So Neon and biologist Choe Jae-chun, a distinguished professor at Ewha Womans University. Virtual sessions with foreign writers and publishers -- Eric Weiner, Judith Schalansky and Jonas Jonasson, to name a few -- were livestreamed or recorded.

Sessions were not limited to particular books or themes but addressed topics ranging from environmental issues to social inequality, the expansion of the metaverse, and Korea’s traditional music and modern history.

The exhibit “Punctuation: New World Coming” looked back on the book fair’s history since its inception in 1954. Another exhibit, “Best Book Design From All Over the World and Korea,” a project of Stiftung Buchkunst in Germany, showcased beautiful book designs dating back to 1963.

Exhibitions and creative do-it-yourself storytelling workshops accompanied the regular publishing booths and seminars. Visitors stood in line at peak times to take part. At the end of a webtoon drawing event, all the participants’ works were assembled to create a full piece. Literature vending machines stood by the exit to each exhibit so that visitors could leave notes for others or pick up meaningful literary quotes on their way out. 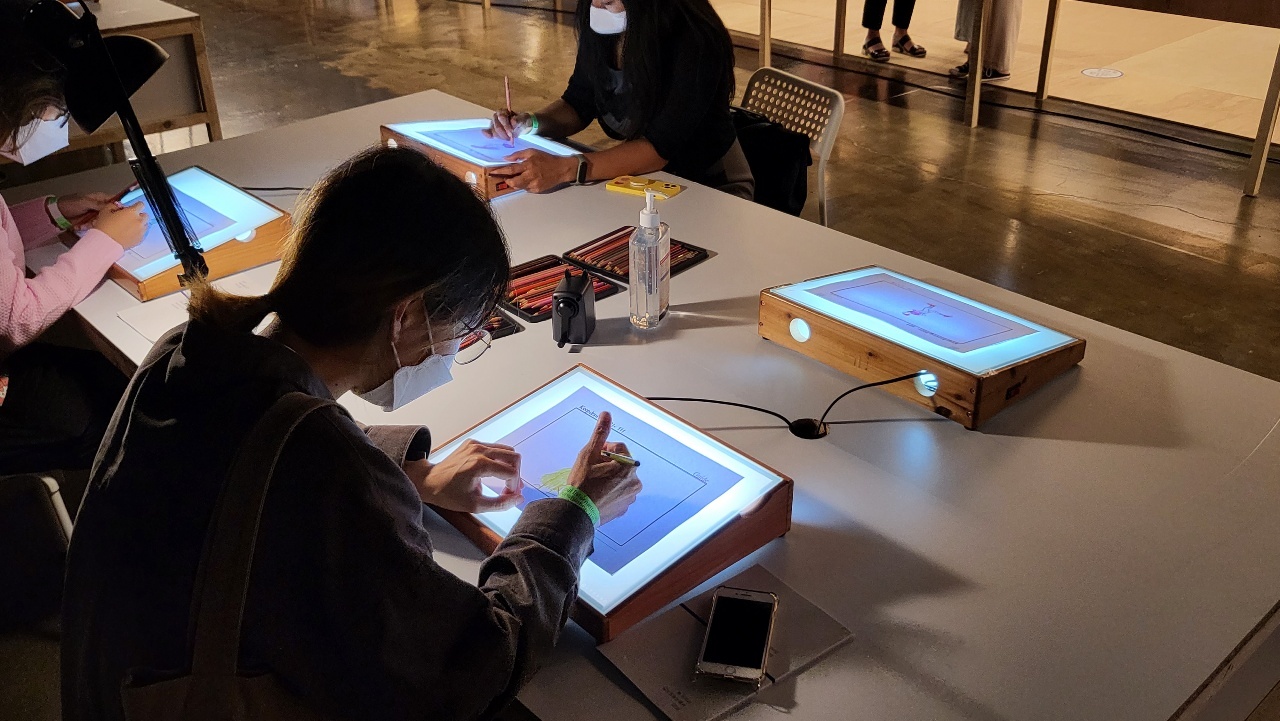 Participants’ work at DIY webtoon drawing events, to be collected to make one final piece after the book fair. (Kim Hae-yeon/The Korea Herald) 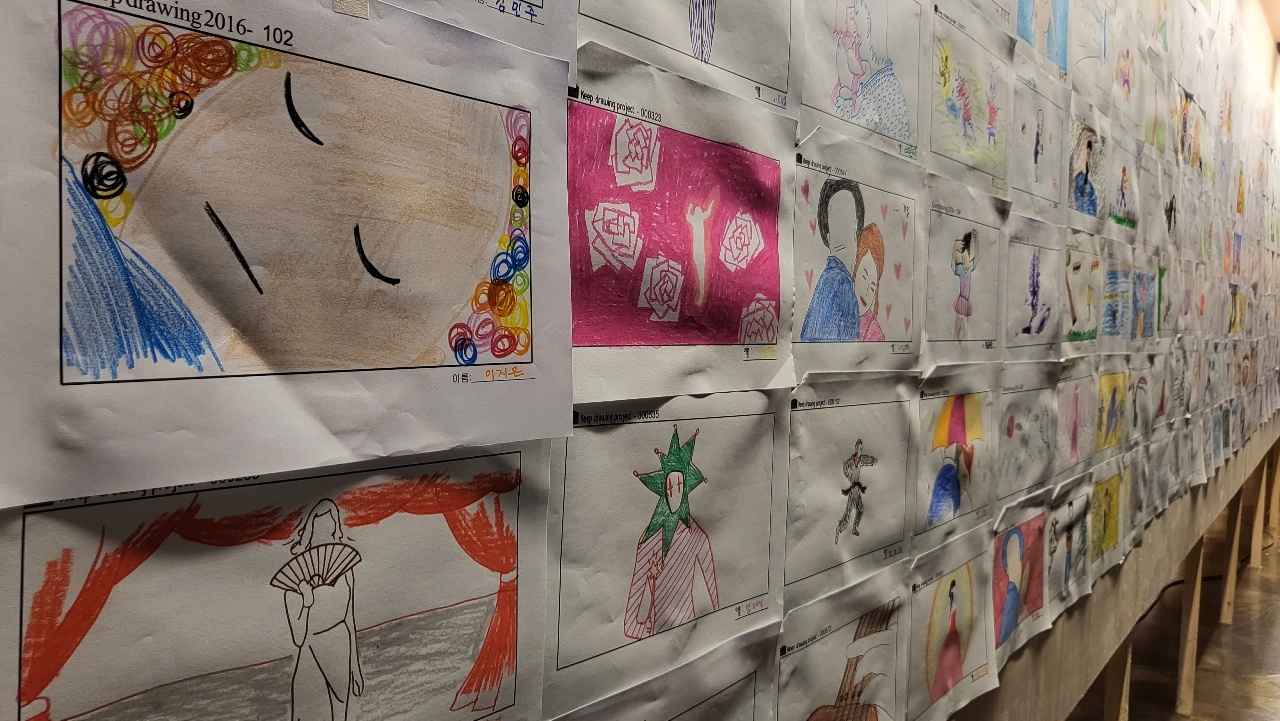 Finished drawings of visitors are on display at the DIY webtoon drawing events. (Kim Hae-yeon/The Korea Herald)
Publishers with booths at the event were excited to see visitors face to face. Some offered discounts on newly published books, while others gave out small gifts such as key chains, bookmarks and sticky notes.

“At this year’s fair, we wanted to focus on showcasing our magazines that deliver the latest trends of what goes on in Korea,” Kang Seok-hyo, a senior program officer with the Korea Foundation’s arts and culture department, who was in charge of the foundation’s booths, told The Korea Herald on Thursday. Books can travel anywhere despite the pandemic, thus the fair served as a starting point to connect us all with content and culture, said Kang. 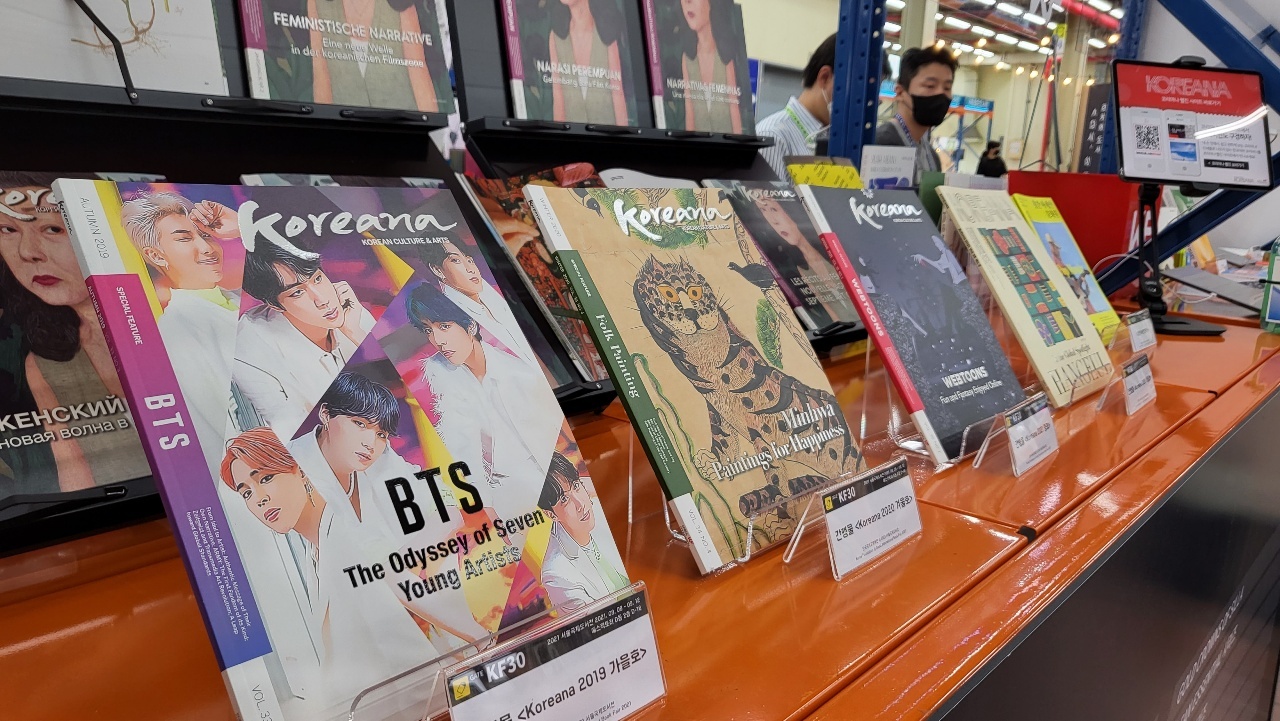 Published magazines are on display at the Korea Foundation’s booth. (Kim Hae-yeon/The Korea Herald)
Some of the lectures and sessions from this year’s fair can be watched via the Seoul International Book Fair’s YouTube channel.