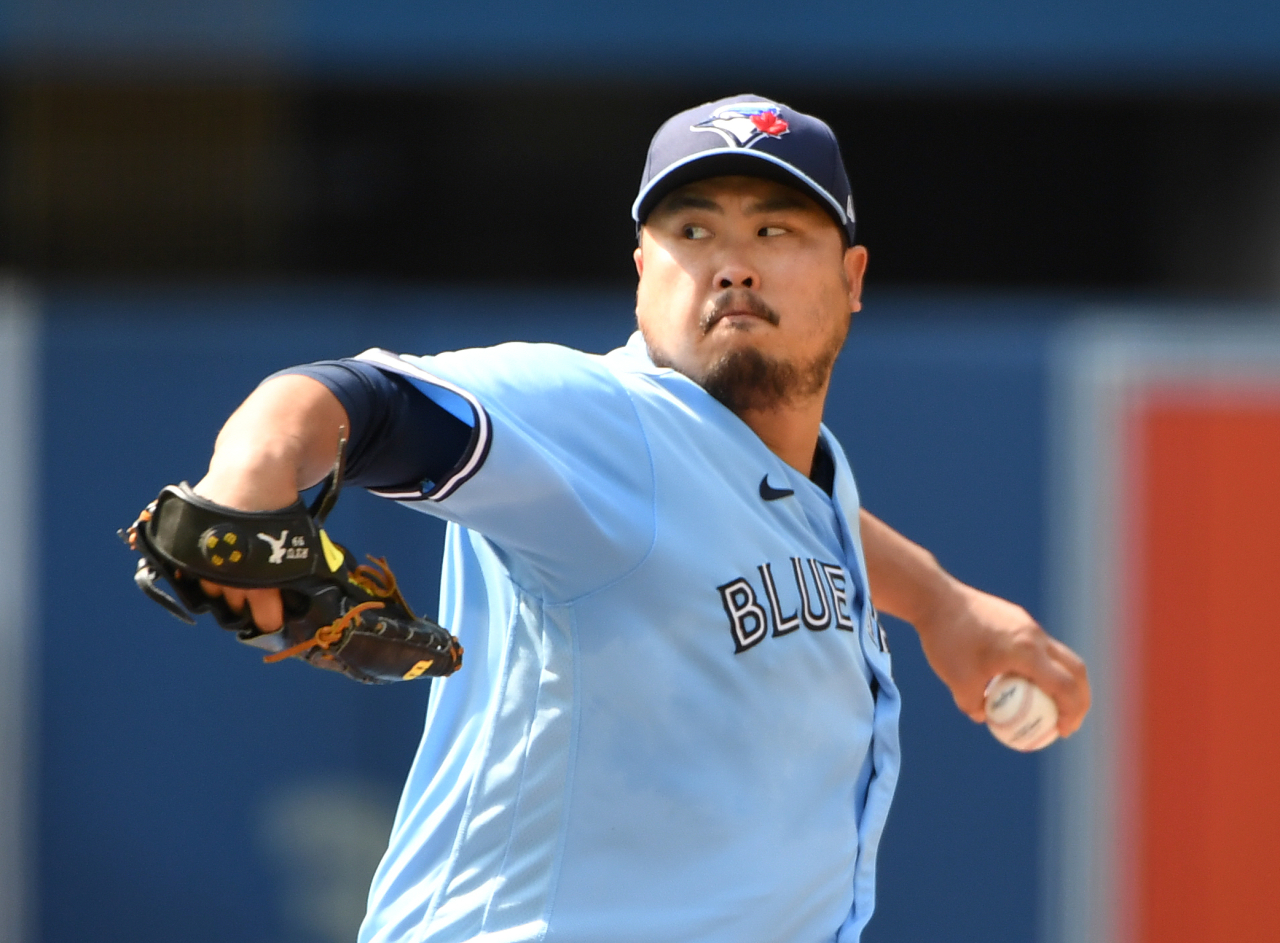 The Blue Jays, currently in Baltimore for a four-game series against the Orioles, announced Friday (local time) that the South Korean left-hander will start the first game of a doubleheader at Oriole Park at Camden Yards in Baltimore on Saturday. The first pitch is set for 4:35 p.m. Saturday in Baltimore, or 5:35 a.m. Sunday in Seoul.

Ryu's previous start came on Monday at Yankee Stadium, where he pitched six scoreless innings against the New York Yankees for his 13th win of the season.

Ryu only made 80 pitches in that game and felt tightness in his left forearm. He relied heavily on a hard slider, a pitch that he hadn't thrown much in the past.

Both Ryu and his manager Charlie Montoyo said afterward there was no reason to be concerned about the pitcher's condition and that he wouldn't miss any time.

There was some confusion as to when exactly Ryu would pitch next, though. Before beating the Yankees 6-4 Thursday, the Blue Jays listed Ryu as a probable starter for Game 2 of the Orioles doubleheader. But hours after that victory, the team's website had Ryu in line to start Sunday's game, which would have given Ryu five days' rest.

But by Friday, before the series opener versus the Orioles, Ryu was back on for Saturday's game. Initially, he was listed as Game 2 starter for the doubleheader, but Montoyo said, following a 6-3 loss to Baltimore, that Ryu would get the ball for the opening game.

Ryu is 13-8 with a 3.77 ERA for the season. Ryu is second in the American League (AL) in wins, one behind Gerrit Cole of the Yankees. With one more win, Ryu will also match his career high for a season.

The Blue Jays had their season-high eight-game winning streak snapped Friday. At 77-63, the Blue Jays remained a half game behind the Yankees for the second AL Wild Card. (Yonhap)