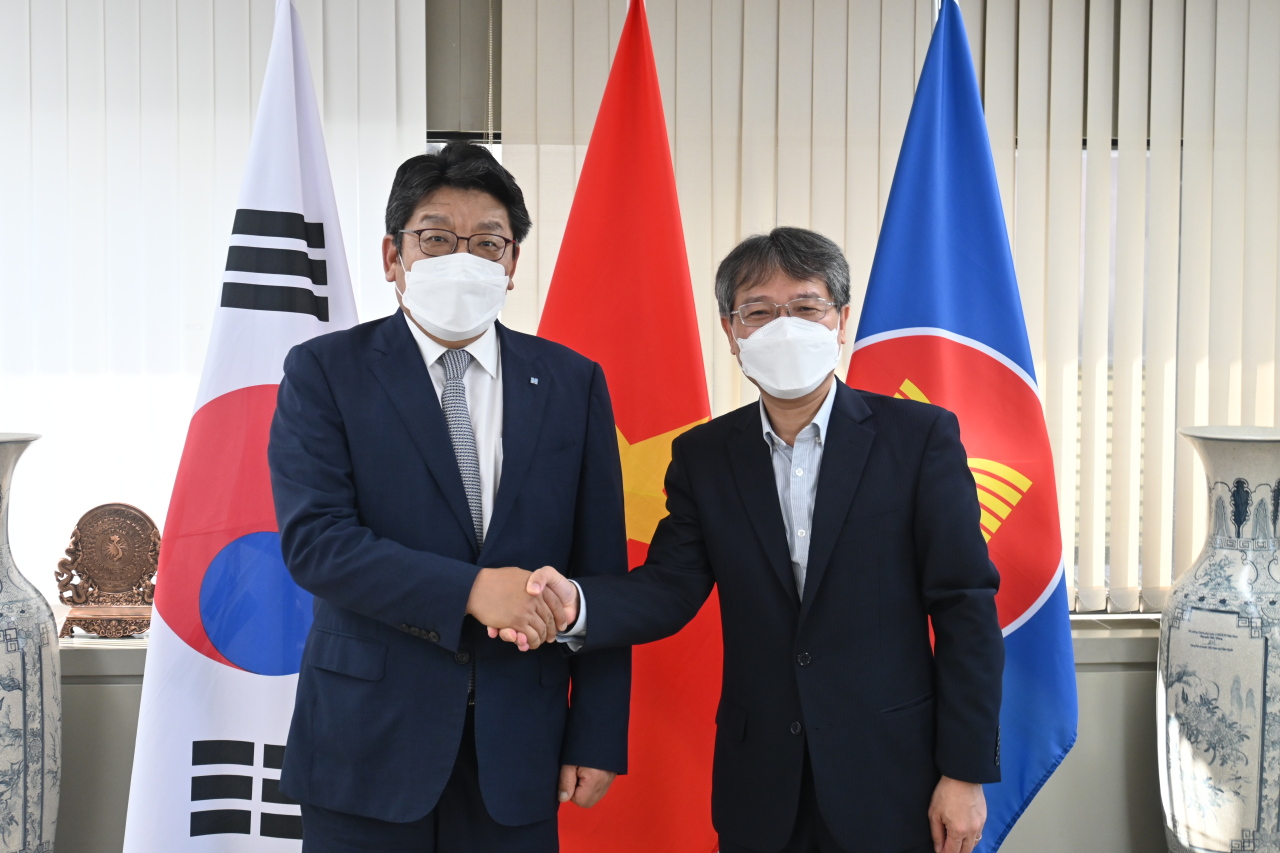 “Next year Vietnam and Korea will celebrate the 30th anniversary of diplomatic relations. Many opportunities lie ahead,” the Vietnamese ambassador said. “It’s the right time to enhance bilateral cooperation.”

Choi echoed that view, stressing the significant growth in economic exchange and cooperation between the two nations. He added that Vietnam was a priority destination when Korean companies considered new investments overseas.

The Vietnamese ambassador also expressed keen interest in joining the upcoming Eurasian Economic Forum, which The Korea Herald is organizing next month as part of efforts to better communicate with the public and private sectors.