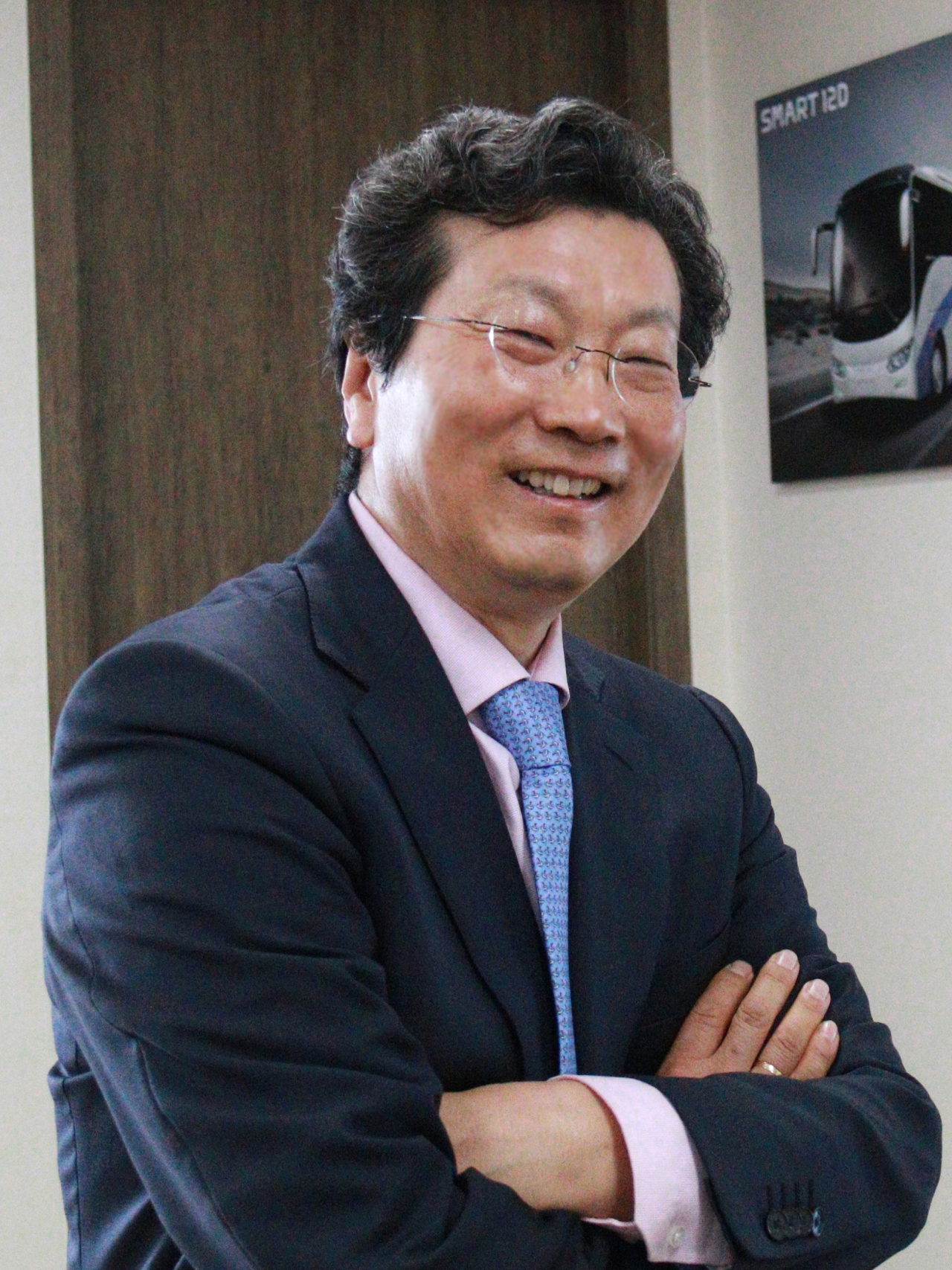 Critics invoked that old Korean saying when Edison Motors jumped in the race to acquire the cash-strapped SsangYong Motor.

But Kang Young-kwon, the local electric bus manufacturer’s founder and CEO, is confident that his company’s expertise in electric vehicle production is enough to infuse life into SsangYong.

“The days of internal combustion engine vehicles are numbered. I believe it is crucial that an electric vehicle company becomes the owner of SsangYong Motor for its survival,” Kang said in a phone interview with The Korea Herald.

Edison Motors is one of the prospective bidders in the SsangYong deal. It is bidding as part of a consortium that includes homegrown activist fund Korea Corporate Governance Improvement, Keystone Private Equity and electric vehicle component maker Semisysco.

Other prominent competitors include SM Group, the 38th-largest company in the country, which is engaged in multiple business areas including construction and auto parts manufacturing.

SsangYong Motor is the fourth-largest automaker in South Korea, owned by India’s Mahindra & Mahindra. The Indian shareholder is seeking to sell its controlling stake in the firm, and the deadline for the bidders to submit their acquisition proposals is next week.

The biggest supplier of electric buses to Seoul City, Edison Motors recorded sales of 80.9 billion won ($69.2 million) with an operating profit of 5.6 billion won in 2019.

On its own, Edison Motors would stand no chance to become the new owner of SsangYong, whose revenue in 2020 was over 2 trillion won.

But the CEO said the consortium could channel a fund of about 800 billion won to 1 trillion won for the acquisition and post-acquisition revival program.

Kang, a TV producer-turned-entrepreneur, said he wanted to transform SsangYong into a major EV brand to rival global automakers such as Tesla, Volkswagen and General Motors.

His goal is to make the company turn a profit within three to five years by tripling its annual production volume to 300,000 vehicles, including 150,000 EVs and 50,000 hybrid EVs.

While SsangYong’s electric SUV has a driving range of some 300 kilometers on a single charge, Edison Motors’ third-generation battery pack with its smart battery management system could pull that figure up to 450 or even 800 kilometers, Kang said.

The maximum mileage of the Korando Emotion is 306 kilometers per charge. The compact electric SUV is set for launch in the European market in October.

Kang dismissed the skeptics, pointing out how even conglomerates with far greater funding power had failed to revive SsangYong over the years.

“I would not be considering acquiring SsangYong if I did not believe in its potential. There is no reason to put my company at risk,” Kang said, adding that Edison Motors was already competitive in its own field, with interested investors. 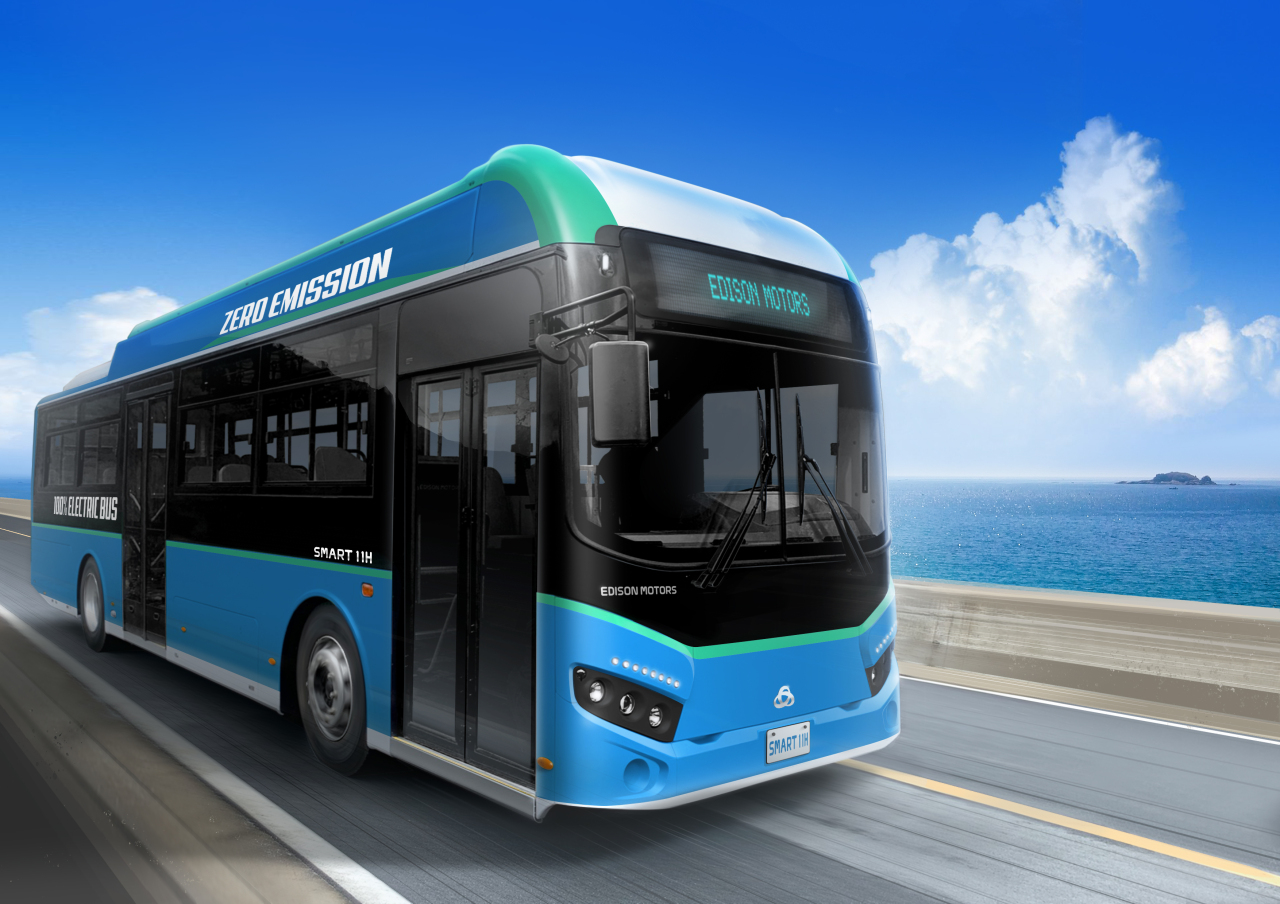 Edison Motors Smart 110H electric bus (Edison Motors)
Kang acquired an EV company to start Edison Motors in 2017, and in the years that followed it managed to develop and commercialize low- and high-floor buses powered by compressed natural gas and electricity.

In expanding its EV product portfolio, the firm has launched a 1-ton electric truck and aims to introduce electric cars within this year.

The company’s name reflects Kang’s determination to outcompete Tesla, the No. 1 EV maker in the world by sales, Kang said. Kang named it after the inventor Thomas Edison, who is “more famous” than Nikola Tesla, the engineer for whom Tesla is named, Kang said.

If he were to develop and produce electric sport utility vehicles alone, it would take more than five years. The process requires getting the certificates for auto parts, building the production plant, and then going through all the necessary tests to export the final product.

“By acquiring SsangYong Motors, I would be able to reduce the time, and the cost,” Kang said.

For this year, Edison Motors has set its sales goal at 255 billion won and is manufacturing electric buses and trucks at its new production plant in Gunsan, North Jeolla Province.

The company is seeking to ramp up exports of its vehicles as well. Starting with the 102 electric school buses it sold to India in May 2020, the company has received orders for 15,000 units to be delivered in the next five years, Kang said.

“There are a lot of sales requests, and if they are all realized, we expect to export 1,000 to 3,000 vehicles to the US, Europe, Vietnam, China, Indonesia, Thailand, Ukraine, Turkey and Mexico within this year,” Kang said.

At the eighth International Electric Vehicle Expo on Jeju Island, the firm presented its ongoing project to develop a self-driving electric bus that can attain speeds within a range of 60 to 100 kilometers per hour.

Having received approval from the Transport Ministry, Edison Motors plans to test-drive the vehicle on a designated road in Pangyo Smart City in October, the chief said.