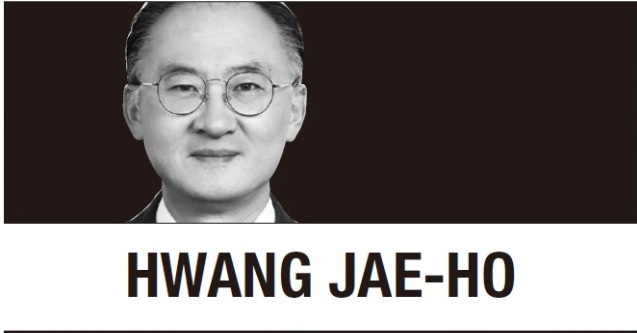 The chaotic scenes of Afghanistan women desperately crying out in fear, cheers from Taliban, Kabul airport covered with bloody terror, and President Joe Biden’s frustrated looks. ... With the recent withdrawal of Afghanistan, there has been growing controversy over the credibility and morality of US leadership; over whether “America is Back,” “America can be Back,” or even “America is Willing to be Back’. Criticisms of the Biden administration’s irresponsibility and non-strategy are pouring in from all over the world, as we witness the current situation in Afghanistan. However, to be exact, the Afghanistan crisis is not a failure of the US, but rather a failure of the “failed state” Afghanistan itself. It is just that the US withdrawal process was not as smooth as it had to be.

Donald Trump’s diplomacy was rough, Biden’s diplomacy is sophisticated, but the ultimate priority for both is America First. It is more profitable and a natural decision to break up with Afghanistan for the sake of US interests.

The importance of energy security in this region has already been devalued as shale gas came to the surface. Though the US has spent $2 trillion over the past two decades, supporting the incompetent regime was like pouring water into a broken bucket, as seen in Afghan President’s shameless escape.

Biden bears the burden of winning over some of the 46.9 percent of Americans who supported Trump in the last Presidential election ahead of the upcoming midterm elections. In this sense, as Biden has to be conscious of the isolationist voters, it is inevitable for US foreign policy to become more introverted.

The withdrawal from Afghanistan is ultimately the Biden administration’s new strategic choice and concentration. It aims to gather up the existing but scattered capabilities, minimize the consumption of its capabilities, and share the burden with its partners and allies.

The US will minimize its unnecessary use of national power from now on. However, it might be a risky misinterpretation to say that the US leadership is over as well. In case the Biden administration succeeds in its choice and concentration during his four years, it will be “one step backward, but two steps forwards” for the future US. Then Biden’s era will be evaluated as the period of the successful transition for the US diplomacy.

On the other hand, the US’ failure means China’s fortune. In other words, the failure of the US is an opportunity for China. From China’s point of view, the Taliban’s unexpectedly prompt return is because the previous Afghan government was the transplant regime of the US. The forced transplantation of the Western system in the Islamic “Tribal State” is like water and oil. The previous Afghan government was based on its people’s desperation and disappointment, rather than a warm welcome.

As the Chinese Foreign Minister Wang Yi has already declared a desire for constructive cooperation with Afghanistan back in 2017, China is likely to step in as a constructive interventionist soon. Afghanistan is geopolitically useful for China and is the essential transiting area for China’s Belt and Road Initiative to extend westward. Furthermore, as Xinjiang shares a border with Afghanistan, China will see cooperation from Afghanistan as important for its crackdown on Uighurs. Moreover, there is the issue of energy supply and demand.

In addition to these practical interests, China also sees psychological and strategic interests. As China regards itself as the global power, there is no reason for China not to intervene in Afghanistan as the most powerful neighboring country. China is confident that it will not get bogged down in Afghanistan, unlike the Soviet Union and the US. Since China is still standing on the principle of non-intervention in internal affairs, there are probably not many factors that conflict with the Taliban government.

China believes the pressure on China will increase after the US’s withdrawal from Afghanistan. As seen by the recent establishment of the “Mission Center for China” in the CIA, the US has shifted its strategic pivot from counterterrorism to containing China. The effectiveness of the inland bases in Central Asia has limits in pressuring China. As the Indo-Pacific region is the main battlefield, the main frontline of the US is still East Asia.

Since the withdrawal from Afghanistan, some in Korea worry that South Korea cannot be an exception, but it seems to be a bit excessive. Korea is useful in restraining China from the very first line of the Indo-Pacific, and in this sense, a US withdrawal from Korea would run counter to the “America first” principle. The US is reaffirming its commitment to an ironclad alliance with Korea, since it has upgraded the alliance with Korea to the global level last May. Within the overall calculation, the US’s withdrawal from Korea will be infeasible, therefore, we may delete the nightmare of Afghanistan from our thoughts.


Hwang Jae-ho
Hwang Jae-ho is a professor in the division of international studies at the Hankuk University of Foreign Studies. -- Ed.