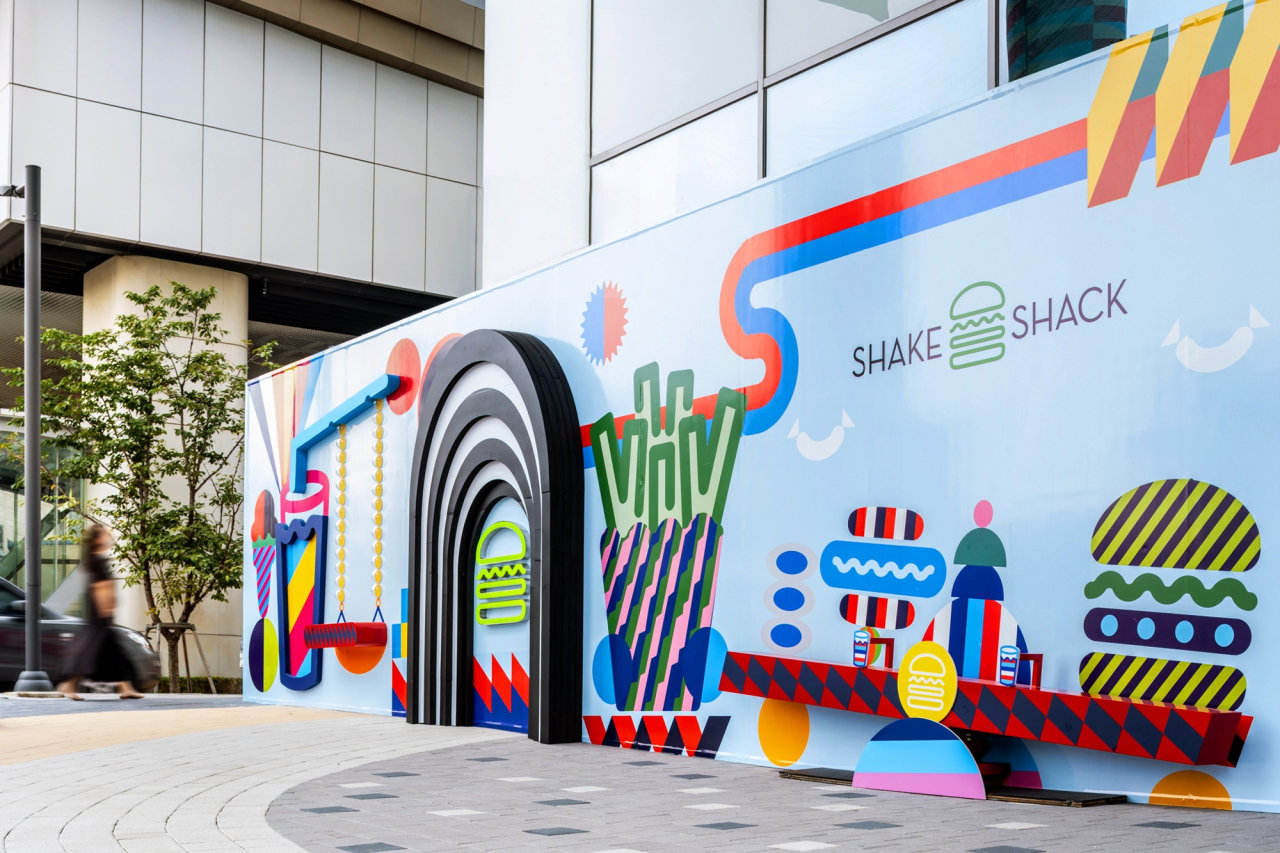 A mural is seen on the fence that surrounds the 18th Shake Shack, which opens soon in Seoul’s Hongdae area. (SPC Group)
SPC Group will open its 18th Shake Shack store in the bustling Hongdae district in Seoul in September, the company said Friday.

While the store is currently under renovation, Shake Shack has decorated the fence around the store with a colorful mural by media artist Vakki depicting burgers and milkshakes in an “urban playground,” SPC said.

Shake Shack has featured similar art on the fence of every one of its stores across the country.

To celebrate the opening of the Hongdae branch, SPC will randomly award mobile coupons to 20 people who photograph the fence and upload pictures as proof on social media with a hashtag.

The company also said QR codes would be hidden within the artwork on the fence and people who scanned them would get random souvenirs.

“We are opening a new store in the Hongdae district, the symbol of youth and culture, which suits the active and dynamic brand image of Shake Shack,” an SPC official said.

“We will continue to work to deliver the great taste of Shake Shack and promote warm hospitality.”