Hoping to appeal to a wider range of audiences, the local classical music scene has been engaging in more barrier-breaking opportunities.

Though classical music performances are often associated with formal attire, rigid expressions and stiff audiences, more artists and institutions are trying to embrace the latest trends with an aim to open the genre to wider audiences.

Classical music festival Hic et Nunc! -- hosted by the Sejong Soloists string ensemble -- has hopped on the “metaverse” bandwagon, which has been the latest trend across the global entertainment scene. K-pop agency SM Entertainment, as one example, has been keen on developing digital avatars on the metaverse platform for virtual concerts and fan events.

A combination of “meta” and “universe,” the term refers to a virtual world shared by people from the real world. Users can create personal avatars to engage in activities and communicate with each other.

Though the metaverse and classical music may seem like two unrelated concepts, the Hic et Nunc! festival organizers joined hands with tech firm AI Network, creating a virtual world for festivalgoers at home.

At metaverse platform Gathertown, users can enjoy livestreaming of performances and master classes from the festival, communicating with other audience members through avatars like playing a video game, according to an official from the festival.

Going online has been an important mission for the classical music scene amid the pandemic.

Hoping to interact with greater numbers of music lovers, pianist Son Yeol-eum opened her own YouTube channel in September 2020, amid the pandemic. She shares her performance clips as well as videos from her everyday life, such as unboxing videos, vlogs and more.

“If sharing music online becomes its own genre, more could come to (theaters to) enjoy music when in-person performances fully return again,” Son said through her social media account.

Adding visual settings to a performance is another way of spicing up classical music performances.

Cellist Song Young-hoon and double bassist Sung Min-jae take to the stage at the Lotte Concert Hall in Songpa-gu, Seoul, on Sept. 15, turning the concert hall into an Argentine nightclub from the 1950s.

Song, a Piazzolla specialist who has released two albums on the Argentine composer’s works, will offer a new interpretation of tango such as “Adios Nonino,” “Nightclub 1960” and more, joined by a jazz trio band.

The performance will be completed with special light effects and stage settings.

Some classical musicians are working on collaborations with other genres. 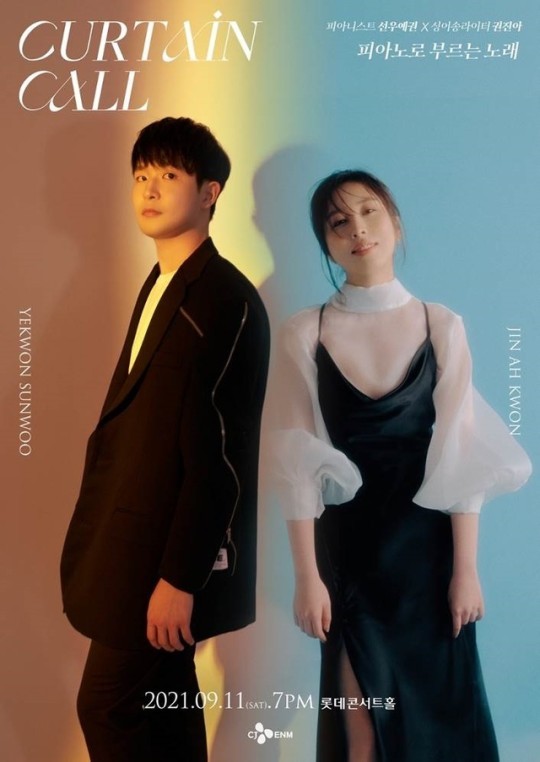 The program will feature Sunwoo performing classical music piano works such as Mozart’s Rondo in A Minor and Chopin’s Ballade No. 1 in G minor and more. After an intermission, the two will perform Kwon’s works newly arranged for the recital. The exact program has not been released yet.

Sunwoo, winner of the first prize at the prestigious 2017 Van Cliburn International Piano Competition, has been engaging in more public-friendly opportunities. He recently featured in terrestrial broadcaster MBC’s YouTube channel, delivering a performance on the piano from the backyard of a countryside house.