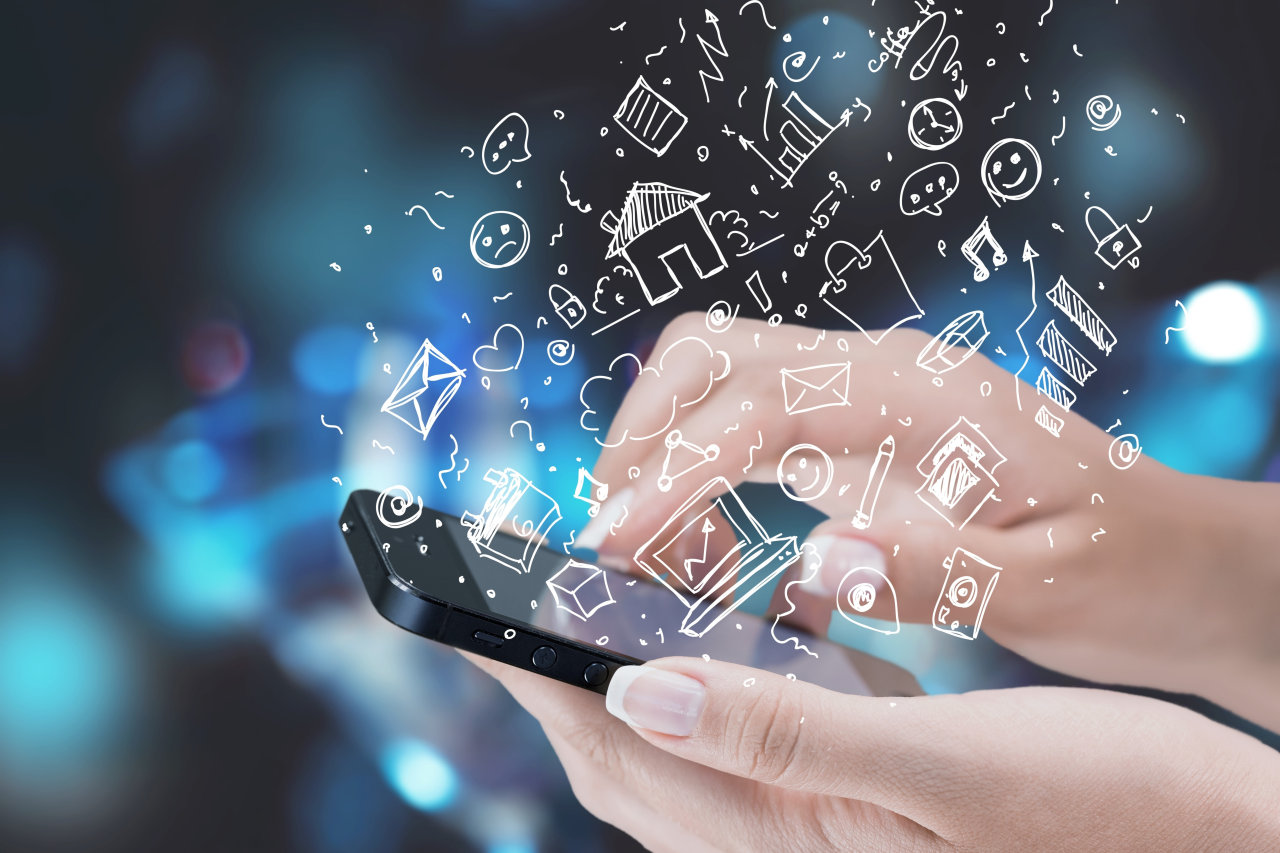 (123rf)
Ahn Jung-hyun, a 32-year-old worker at an insurance company, knows her salary, 65 million won ($55,370) a year, is well above average. But during her intermittent break time, she never stops making a little extra.

Instead of playing mobile games or watching Netflix, Ahn clicks on a number of apps that offer actual money or discount coupons as marketing rewards -- and every little helps.

Ahn is one of growing number of Koreans in search of extra income through money making apps. 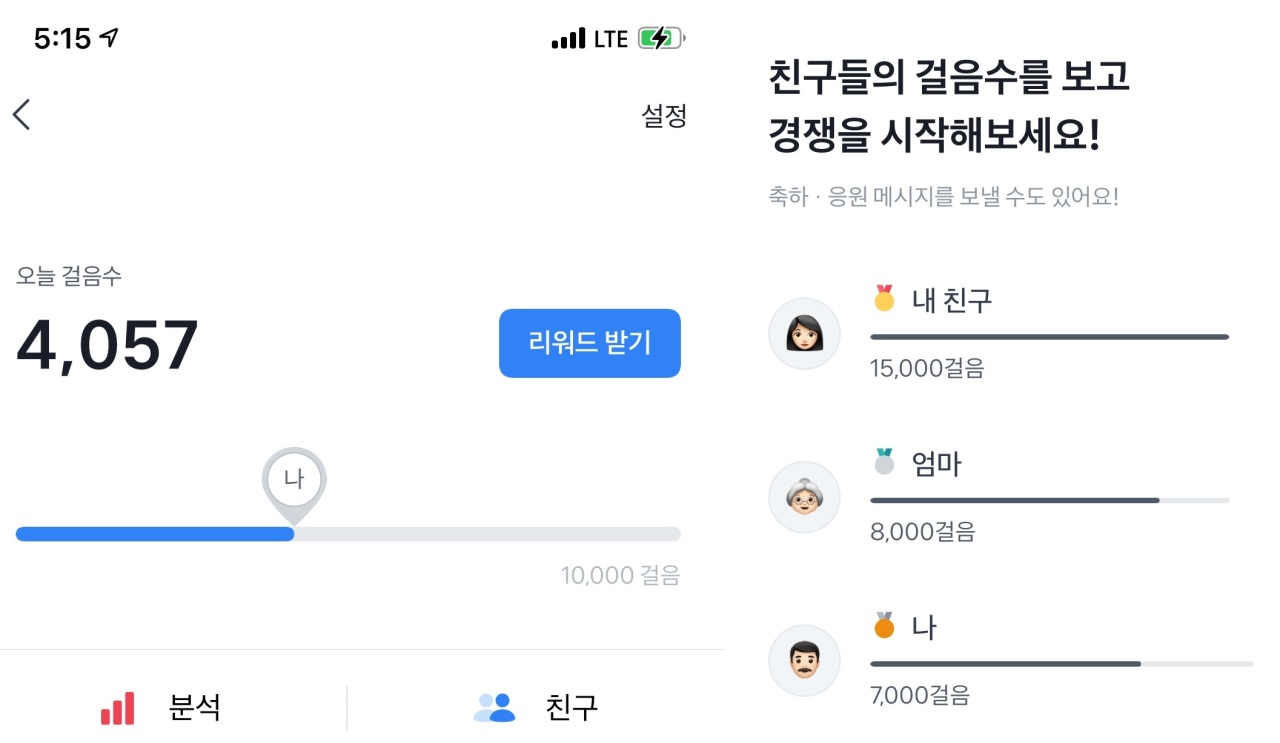 A screenshot of Toss’ mobile pace counter (Toss)
A mobile pedometer from Toss, a local fintech company, is a popular one. If a user turns on the pace count mode, the app rewards users with up to 100 won (86 cents) per day. It can also invite friends who are Toss users and add their pace counts to their user records.

Over 2.2 million people, more than 11 percent of the total monthly active users, have received rewards as of Tuesday, a Toss official said.

“Some users have saved up to tens of thousands of won over the last two years by using the mobile pace counter,” the official added. 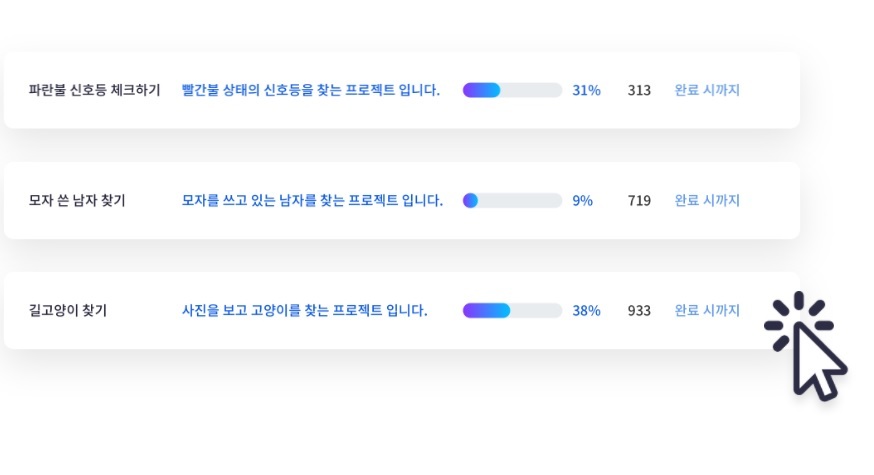 A screenshot of Labelr’s AI teaching projects (Labelr)
Young Koreans also make pocket money from teaching AI. Labelr, a data processing company, offers projects that involve simple tasks. For example, it asks simple questions asking whether the given image is a dog or a cat.

“Participating in several projects, I have earned 6,200 won in a short period of time. One of them was a project that filters hate comments which was very easy to do,” said Hansol, a YouTuber who introduces ways to grow and manage income. 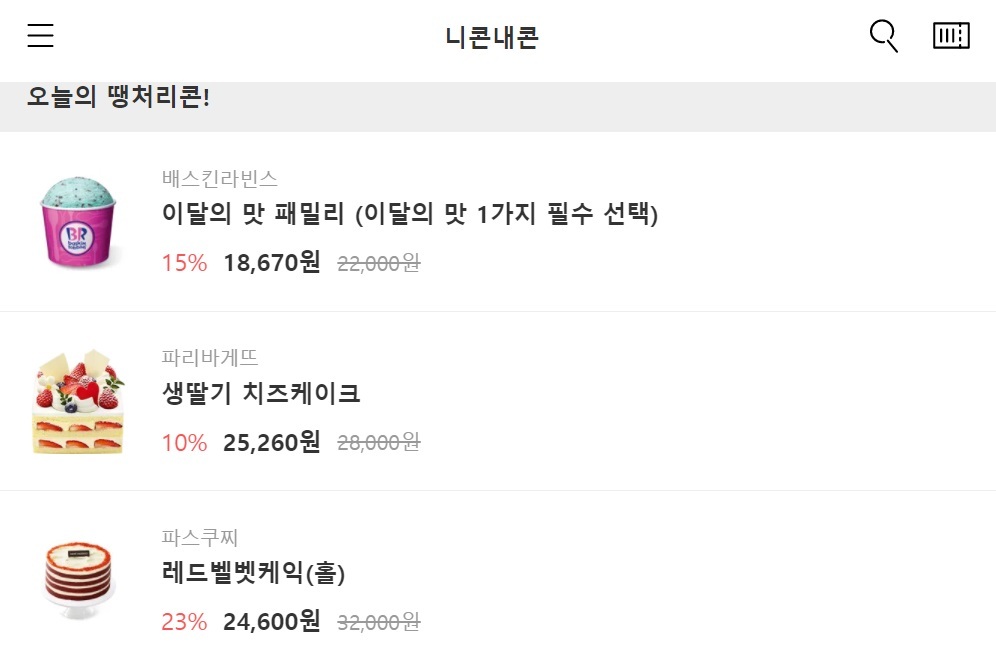 A screenshot of a Ni-con Nae-con’s discount coupons (Ni-con Nae-con)
Some make money out of selling their unwanted coupons. Ni-con Nae-con is a platform that brokers second-hand coupons for coffee shops, restaurants, convenience stores and even mobile data. People who don’t want to waste coupons can sell them, while buyers can save money with the coupons.

“I’ve always thought it was a waste throwing out expired coupons. But using this app, I can actually make extra cash out of the coupons I don’t plan on using,” said Kim Tae-jin, a 27-year-old user. Kim made 50,000 won in one month by selling coupons.

“To younger generation, investment is like a hobby. They are digital natives who have been exposed to capitalism since they were young. So they are used to making money using digital technology,” said Lee Eun-hee, consumer science professor at Inha University.

Lee said young Koreans are drawn to “fast and easy” investments. Supplementing income through money making apps is a way to do it since they are inseparable from smartphones.

According to a survey conducted in May by Embrain, a local online research company, 392 out of 1,000 answered they use money-making apps to supplement their income. The figure surpassed those who make investments through real estate or cryptocurrency.

But there are concerns that some people are relying too much on money making apps. Experts warn that some apps and services carry risks of losing money.

Tok Tok, a company that pretended to be Tik Tok’s reward service provider, is accused of investment fraud by luring customers looking to make “easy money.” It set out an advertisement this year saying that users can earn up to 189 million won a year if they pay a 10 million-won membership fee.

But the company closed its mobile app on June without any reimbursing the users, leaving a number of victims, industry insiders said.

The recent Mergepoint fiasco is another example of how apps that promise financial benefits have left users out of pocket. The service let users purchase Mergepoints for less than their face value, and these points could then be spent in various places.

But Mergeplus, the operator of Mergepoint, suddenly reduced the number of places the points could be spent, leaving users with coupons they didn’t want without offering a full refund.

Mergeplus, is currently under investigation over allegations that bypassed the law that requires such services to be registered as an electronic financial service provider, not a gift ticket provider.

According to Lee, electronic financial service providers are supposed to have over 30 billion won in capital. This is a minimum amount intended to provide protection for customers when things go South.

“But in case of Mergeplus and other fraudulent companies, they didn’t meet the standards, which led to large-scale consumer damage,” Lee said.

Lee urged that consumers must carefully consider the potential risks that comes with earning extra cash.