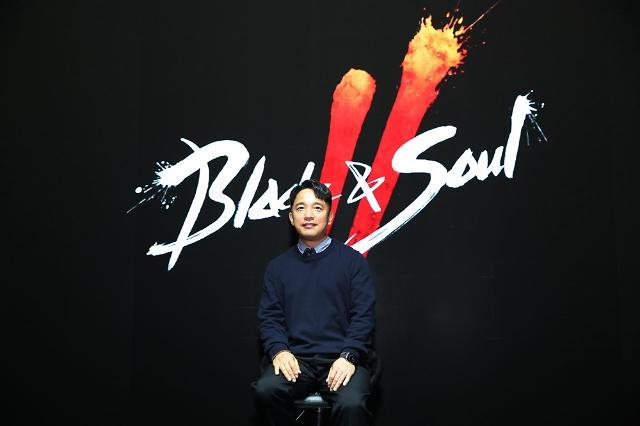 Back in February, NCSoft CEO Kim Taek-jin drummed up anticipation for its then upcoming new game, Blade & Soul 2, saying it would provide users a “pinnacle of action” and a “completely new experience.”

But things have been a far cry from what the executive had promised.

On Friday, a day after the big release, the firm apologized for “causing concern” with the new title.

On the stock market, disappointment helped wipe some 3.9 trillion won ($3.36 billion) off the firm’s valuation.

Users and game analysts said Blade & Soul 2 was nothing new, following the same notorious pay-to-win system of Lineage, the hit game series that has been firm’s cash cow for 23 years.

Some even said they almost felt deceived, as the game’s quality was below what was promised in the trailers, which Kim himself unveiled during a media showcase in February.

Graphics of an in-game image NCSoft unveiled at a media showcase in February (left) compared to an actual in-game image. (YouTube Screenshot)

“Users expected a less aggressive pay-to-win system in Blade & Soul 2, but there wasn’t much difference with that of Lineage Series. Also, both games share the same business model, which is random loot boxes,” NH Investment & Securities analyst Ahn Jae-min said.

Stung by the responses, NCSoft conducted an emergency update Friday to soften Blade’s pay-to-win system, making adjustments on the “spiritual strength” system, which was modeled on Lineage’s blessing system.

In the update, NCSoft granted Blade users 100 percent and 50 percent boosts in growth and in-game money earnings, respectively, without the activation of spiritual strength.

Sung Jong-wha, an analyst at eBest Investment & Securities, said the game’s excessive pay-to-win system fatigued users, and would eventually result in a lackluster performance of the game. He lowered the target price of NCSoft stocks from 1.09 million won to 700,000 won.

“Blade & Soul 2 was expected to generate daily sales of 3 billion won and rank as the most popular mobile game by sales in Korea. But now, the game’s daily sales are projected at roughly 1 billion won,” Sung said.

Before its launch, Blade & Soul 2 received spotlight as the new growth engine of NCSoft, which suffered an earnings shock in the second quarter due to dwindling popularity of the Lineage series.

In the April-June period, NCSoft’s operating profit and net profit nosedived 46 percent and 40 percent to 112.8 billion won and 94.3 billion won, respectively. Domestic revenues, which are mostly from the Lineage series, dropped 16.7 percent to 355.9 billion won, vindicating the exodus of Lineage users.

From the apparent failure of Blade & Soul 2, the company’s competitiveness as a game developer is being called into question. Industry officials say it is failing to convince investors that it is capable of creating something new -- the next Lineage.