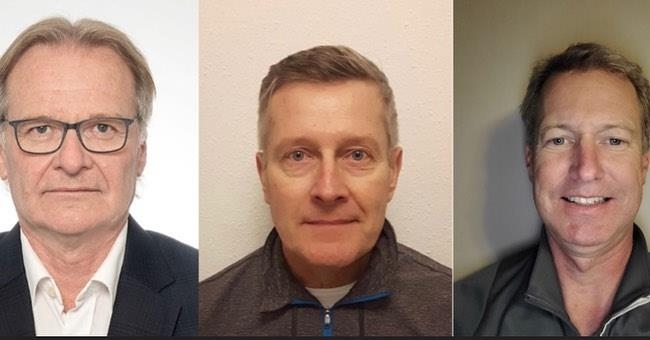 This combined image provided by the Korea Curling Federation shows national team coaches Armin Harder (from left), Peter Gallant and Wade Scoffin (R).(Yonhap)
A Canadian coach who guided the South Korean women's curling team to a silver medal at the 2018 PyeongChang Olympics will return to the post to seek another medal at the upcoming Beijing Winter Games.

The Korea Curling Federation said Saturday that three coaches will lead the country's national team for the 2021-2022 season.

The Canadian took the helm of the squad from 2016-18 and led it to the silver medal at the PyeongChang Winter Olympics.

He will again help the curling team, which has been already picked as a national squad, attempt to repeat the feat at the upcoming Beijing Games slated for February.

Harder will double as the head coach of the entire national squad over the period.

The three national teams will start their 2021-2022 season from next month, according to the KCF. (Yonhap)