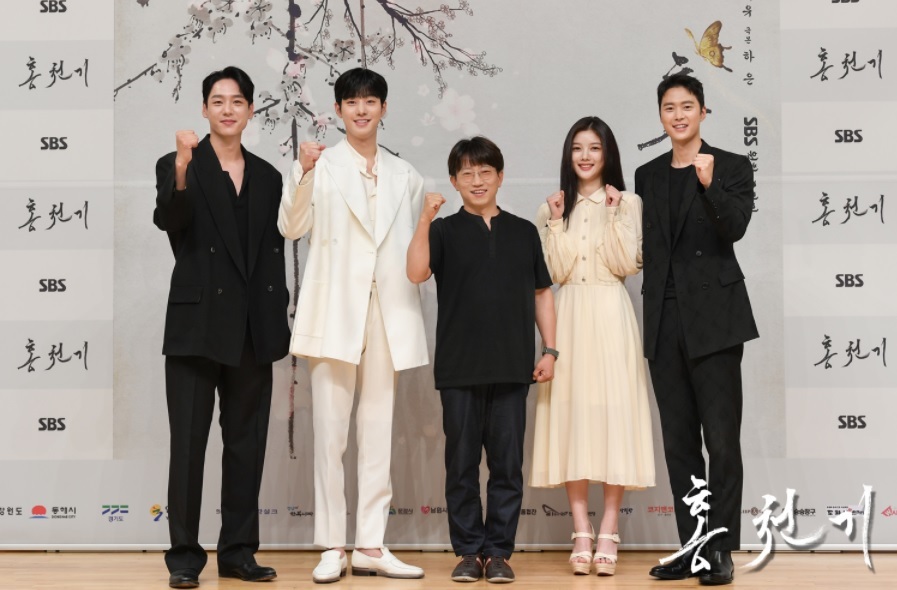 “The vibe in our filming site was literally crazy. The relationship between the cast and the staff was really good and all I had to do was to make sure that the cameras worked,” the director said during an online press conference Thursday afternoon.

The fantasy romance drama, an adaptation of a novel of the same title by Jung Eun-gwol, centers around the only female artist of Joseon, Hong Chun-gi (played by Kim You-jung), who is considered a genius painter. Her life changes greatly when she encounters a blind astronomer, Ha-ram (played by Ahn Hyo-seop).

When asked why she chose to take the role, actor Kim You-jung said the character was mesmerizing in many ways.

“I enjoyed reading the original novel by author Jung. Chun-gi is a pretty character and the only female artist in the Joseon era. But what caught my heart the most was the way she led her life with courage. I found this was very different from the female characters in other historical dramas,” actor Kim said.

“Of course an opportunity to act under Jang’s direction after 13 years is another reason to choose the character,” she added.

“I always believed that the eyes have special power and have a great influence in acting. Playing Haram was a challenging experience, but I was satisfied that this would improve my acting,” Ahn said. 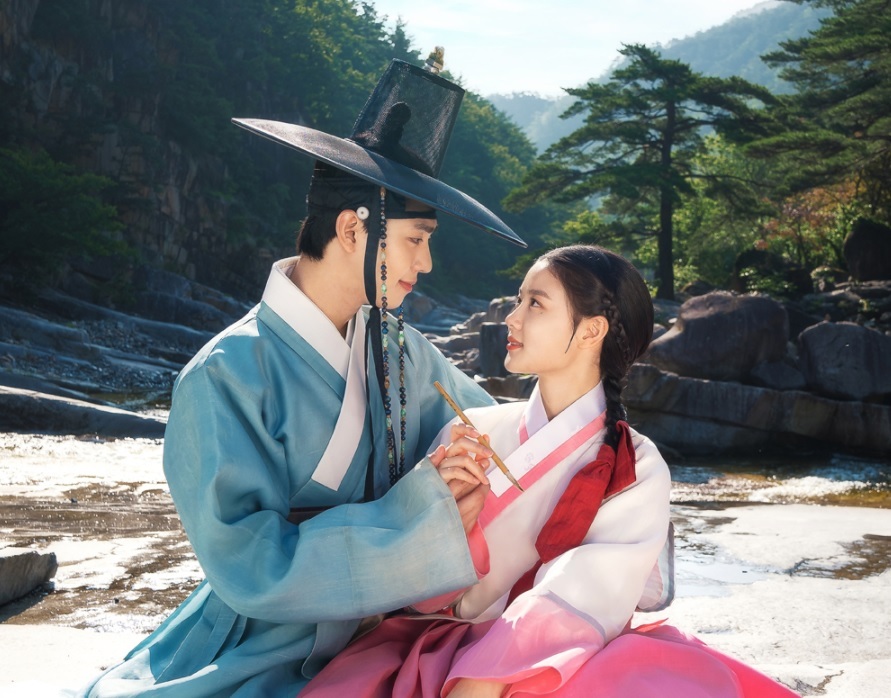 Ahn Hyo-seop (left) stars as Ha-ram and Kim You-jung as Hong Chun-gi in “Red Sky” (SBS)
The director expressed high hopes for the series, thinking of “Red Sky” as combining distinctive elements from his previous dramas that were hits both at home and abroad -- a female artist from “The Painter of the Wind” (2008), historical aspects of “Deep Rooted Tree” (2011) and fantasy romance from “My Love From the Star” (2013).

“Maybe I have done those dramas to shoot ‘Red Sky,’” the director joked.

But as a historical fantasy it might face a new challenge. The terrestrial network SBS cancelled its drama “Joseon Exorcist” after just two episodes in late March as the series came under fire for its portrayal of Korea’s past.

“Some people are worried that our work may face controversy over historical inaccuracies. Though the drama is set in the Joseon era, we created a new kingdom by re-naming historical areas and kings to avoid any historical distortion,” Jang said.