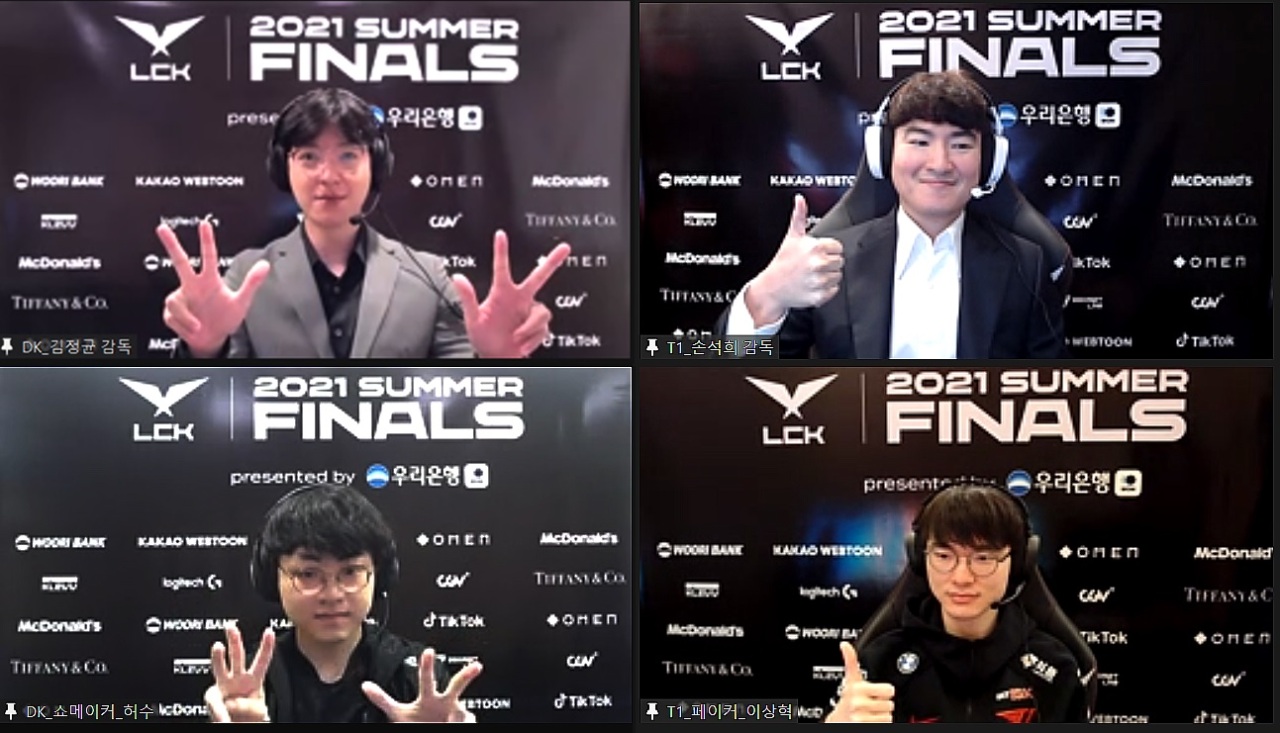 At an online press conference for the LCK Summer Finals held on Tuesday afternoon, both coach Kim “kkOma” Jeong-gyun of Damwon Kia and Son “Stardust” Seok-hee of T1 were confident of winning the last match of the summer.

“I certainly recognize T1 as a strong opponent, but because we are in the finals I will make my utmost effort to win the title,” Damwon Kia coach Kim said.

Damwon Kia was considered by many to be the strongest team from the beginning of the season. While T1 faced a few struggles -- change of head coach and resignation of staff members -- the team showed a solid performance.

“I think overcoming the obstacles made our team strong and I want to finish the season as the winner after coming this far,” T1 coach Son said with a determination.

Two mid-laners, Damwon Kia’s Heo “Showmaker” Su and T1’s Lee “Faker” Sang-hyeok, picked each other as the player to keep an eye out for during the finals.

Showmaker believes that Faker’s performance is becoming sharper and stronger. “I will pay close attention to my lane opponent Showmaker,” Faker said. “It has been awhile since playing in the finals and I feel like reaching this stage is becoming more difficult. But I will play my hardest against the amazing mid-laner Showmaker and bring out the best performance,” the star player added.

While tickets to compete in the World Championship are secured for both teams, the coaches and players looked forward to cement their team’s legacy with another title. Damwon Kia can make three consecutive LCK victories and T1 can make history with 10 LCK wins if they prevail.

In compliance with the social distancing guidelines, the match will be held without spectators at CJ ENM Studio in Goyang, Gyeonggi Province.

The finals between Damwon Kia and T1 will take place at 5 p.m. on Aug. 28 and can be seen online on Twitch, Afreeca TV and Naver.