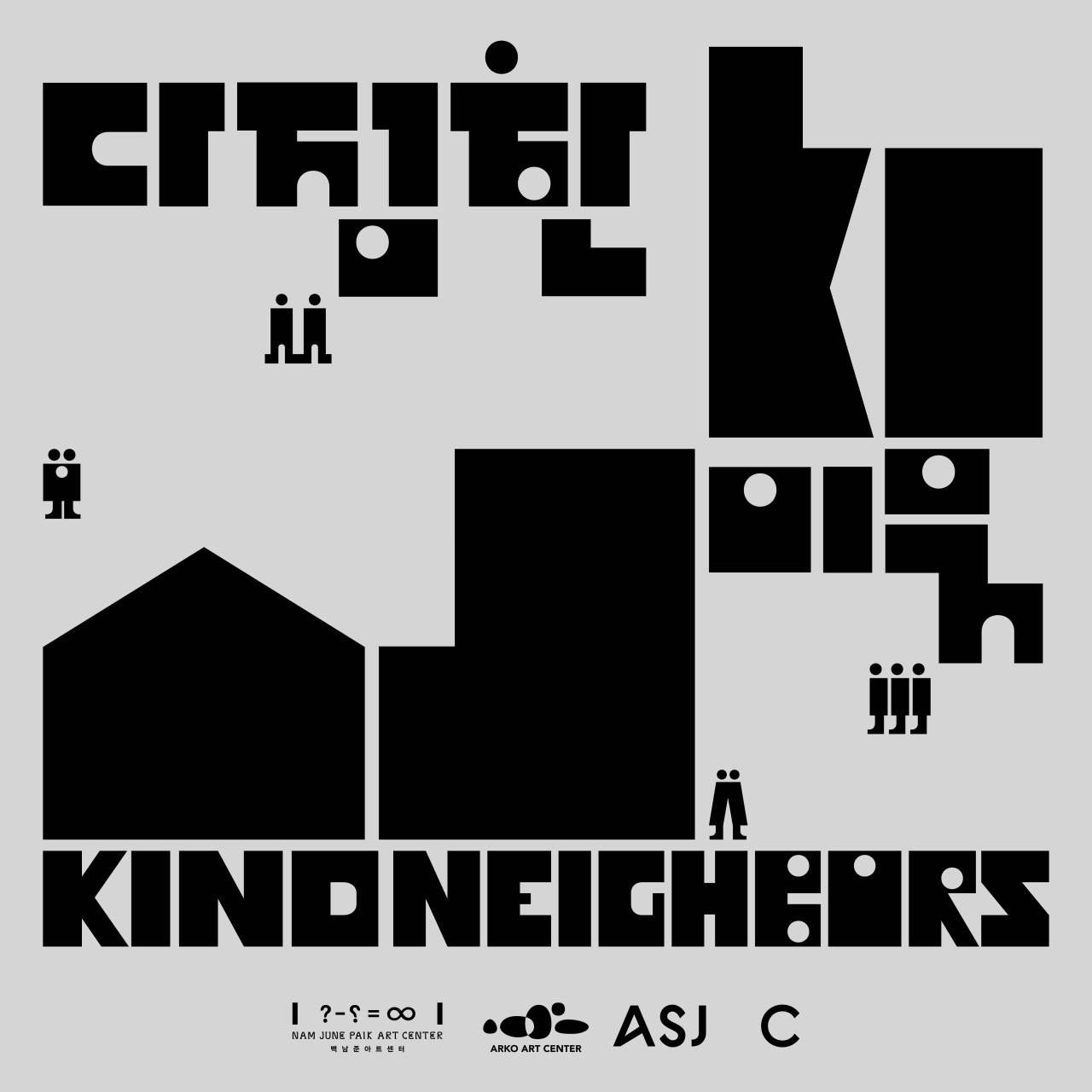 Three museums in Korea have come together to find a way to persevere amid the pandemic through a new online platform aimed at audiences from home and abroad.

ARKO Art Center, Art Sonje Center and Nam June Paik Art Center have launched the website “Kind Neighbors,” which will operate as an online common place for three months. Artists, curators and experts from both inside and outside the art world will join the new platform.

“Amid the urgent priorities of the social crisis, museums were too often put on the back burner, and sometimes their fundamental activities were even denied,” Kim Seong-eun, director of the Nam June Paik Art Center, wrote on a letter posted on the website. “While it is said that the vital role of art consists in comforting people in times of disaster, museum people working for that art have felt hurt and distressed.” 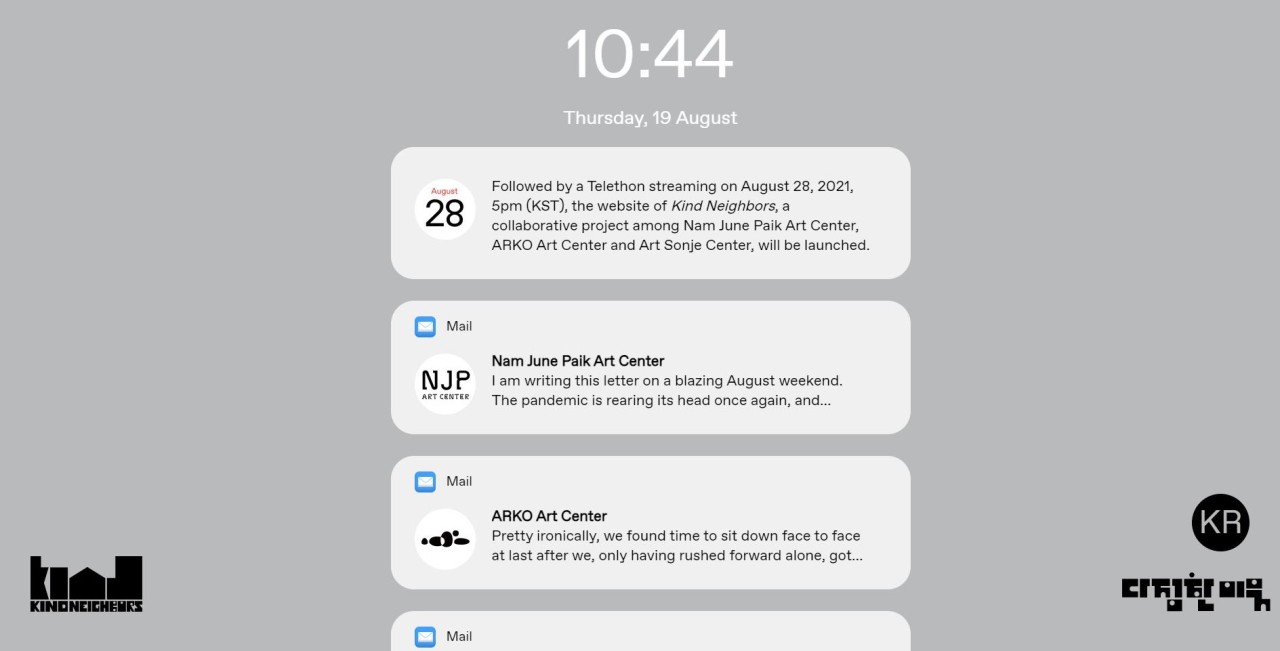 The museums were founded between the 1970s and 2000s and have established unique positions in the art world.

“We discussed various issues, such as the ontological question about art, criticism about the institutional environment, and the changes in artistic creation and communication caused by new technological media. I wish those who have the same concerns in and outside of art, the institution, and national borders, will become Kind Neighbors to continue open conversations together,” Lim Keun-hye, director of ARKO Art Center, also wrote.

The project’s first program will be a “telethon” which is scheduled for 5 p.m. on Saturday. The two-hour program will take the form of charity fundraising TV shows that aired in the 1950s and 1960s. English subtitles will be provided. The museums have invited artist Ahn Kyu-chul, independent curator Kwon Tae-hyun, poet Oh Eun, art critic Yuki Konno and artist collective Bad New Days to participate. 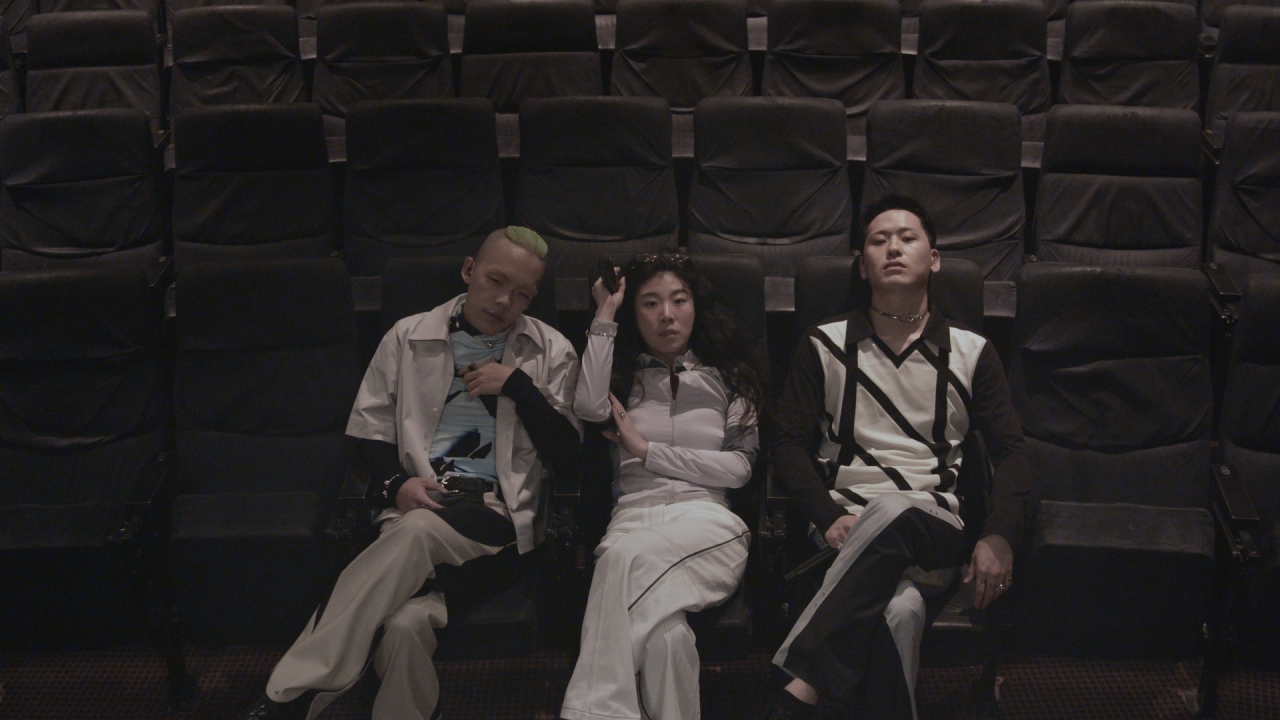 Balming Tiger performs as part of a “telethon” which will be streamed on Saturday. (ARKO Art Center, Art Sonje Center, and Nam June Paik Art Center)

The pre-recorded inaugural program will also include a performance from the alternative K-pop group Balming Tiger which was recorded at each of the three museums.

The museums will take weekly turns sharing their own online contents, including feedback on each museum’s exhibitions and projects, and discussions on various themes provided as part of the Korean Pavilion’s “Future School” in the Venice Biennale Architecture. The last day of the project will see an online party in which all participants are set to join. The party will stream at 5 p.m. on Nov. 27.

“Rather than struggling in isolation, we came to meet one another, share thoughts, and exchange opinions from the three different museums. What an enjoyable and refreshing experience,” Kim Hae-ju, deputy director of Art Sonje Center, said in a message posted on the website, kindneighbors.art