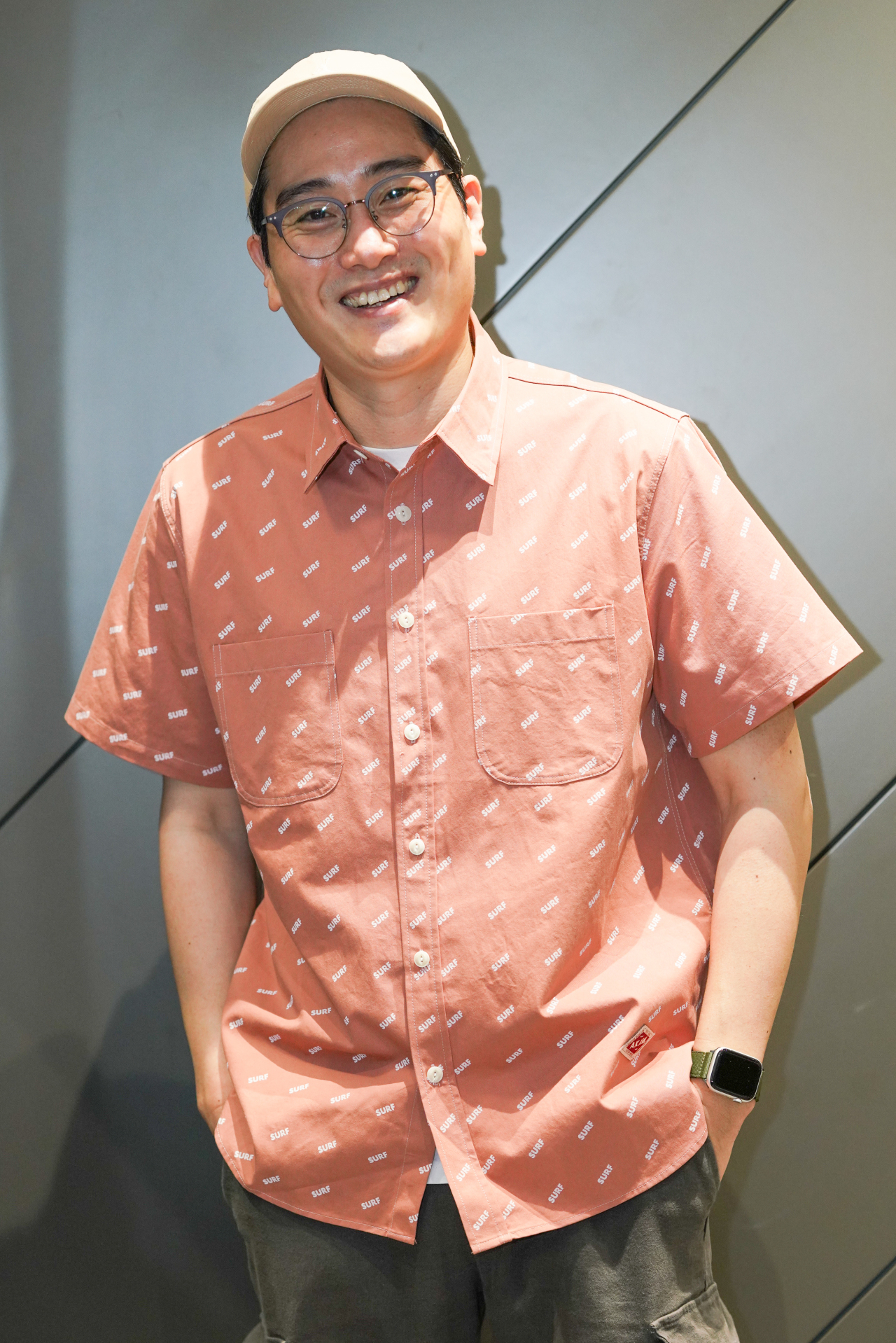 “Since the virus outbreak, many people had been saying that they felt depressed. As a filmmaker, I thought about what I could do to make the situation better. Since my specialty is making comedy films, I decided to make people laugh,” Ko said during an interview with The Korea Herald on Friday. Baek Seung-hwan, who stars in the movie, also joined the interview.

The director added that he had decided to write a script specifically about the ongoing COVID-19 situation because it was a topic that many people could relate to. 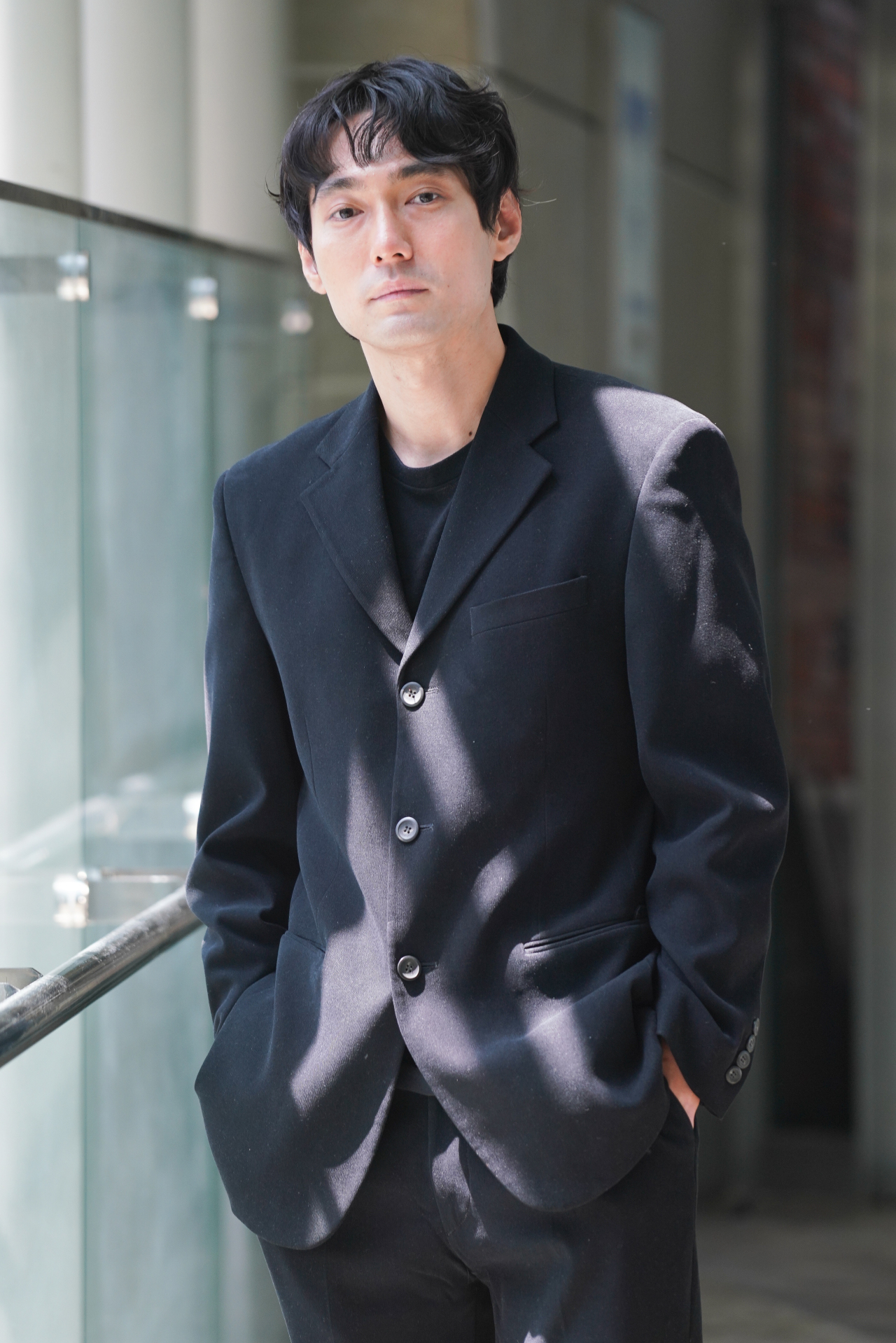 Actor Baek Seung-hwan (Gom Pictures)
“The basic premise of the comedy film is that it has to be relatable. I thought COVID-19 was perfect because we are all going through the pandemic together,” Ko said.

Set on a humid summer day, the movie features a story about arrogant film director Lee Hee-joon (played by Lee Hee-joon), who is holding a movie premiere event at a small local theater amid the COVID-19 pandemic.

But the CEO of the small theater (Shin Min-jae) refuses to turn on the air conditioning, fearing that it could spread the virus. The lone part-timer at the theater, Charles (Kim Choong-gil), begins running out of patience because of complaints from the heat-weary audience.

Meanwhile, an extra in the film, Seung-hwan (Baek), brings a woman to the premiere on a blind date. But the theater is not exactly the perfect place for a first date. The woman, who is already fed up with Seung-hwan’s poor manners, excuses herself to go to the washroom and then disappears.

Baek explained that he felt as if he were actually on a blind date when filming.

“It was like a real blind date. Director Ko did not allow us to meet before shooting the scene,” Baek said. “It was helpful for the woman to show a realistic reaction to Seung-hwan’s poor manners.”

Ko added that the blind date scenes were set up with some help from his wife.

“I discuss my movie a lot with my wife. She told me the situations women hate the most when they are on a date,” Ko said.

During the interview, Baek also talked about the part where Seung-hwan finds out that only his body appears in the movie, all the scenes with his face having been edited out.

“I could empathize with him a lot because I have had a similar experience,” Baek said. “I brought friends over to watch a movie with me without telling them that I was in it. I was expecting them to be surprised when I appeared but my scenes had all been edited out.”

Toward the end of the interview, the director shared his feelings about releasing his movie amid the COVID-19 pandemic like Hee-joon does in the movie.

A scene from “The Rain Comes Soon,” directed by Ko Bong-soo (Gom Pictures)
“I think it is a miracle that we can release the film now. Maybe it was only possible due to COVID-19. For a low-budget film, it is difficult to be released during this time of the year, when tentpole movies are usually released,” Ko said.

But Ko added that the low-budget movie industry was suffering and said he hoped the virus situation would improve soon.

“I heard that musical theaters are finding ways to improve the situation amid COVID-19. I hope that those changes also happen in the movie industry,” Ko said.

The film opens in theaters Sept. 1.