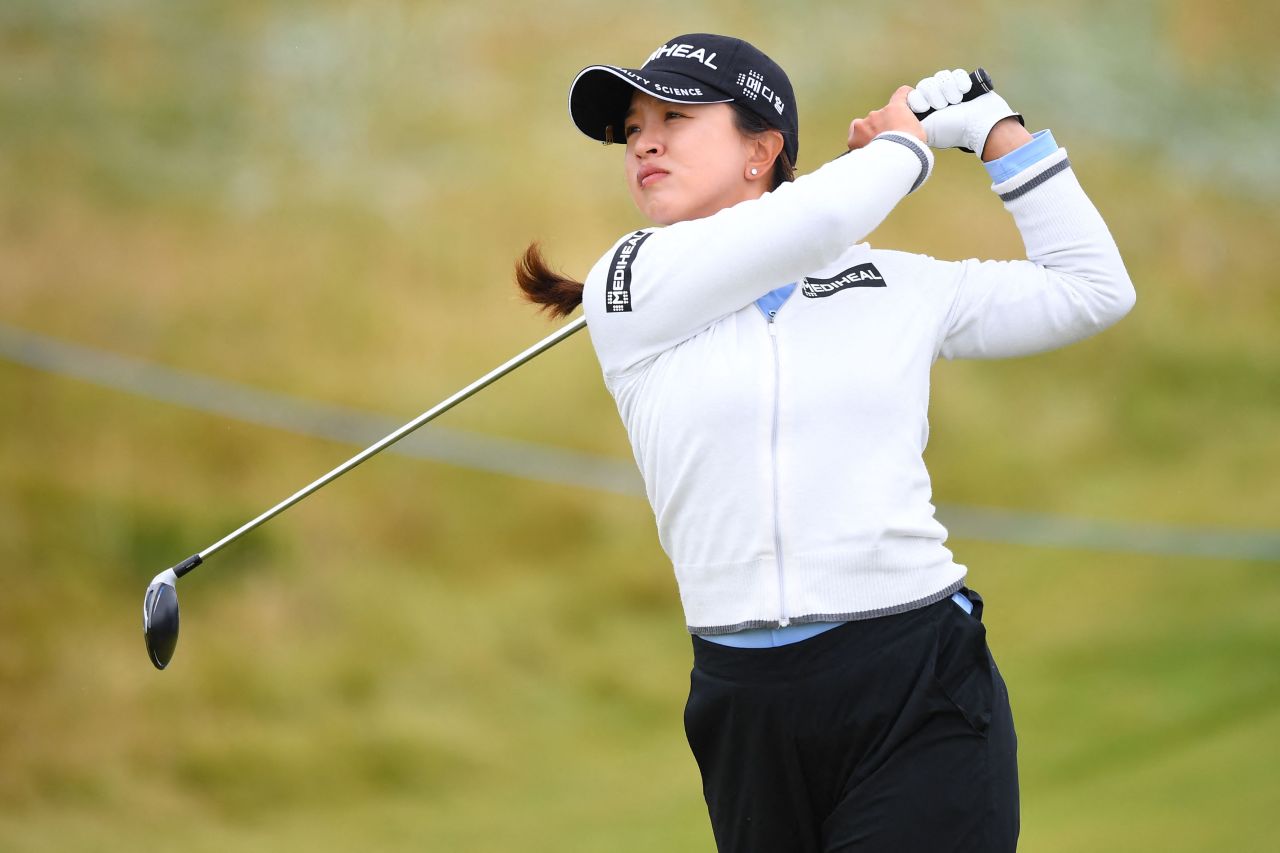 In this Associated Press photo, Kim Sei-young of South Korea hits a tee shot on the fifth hole during the third round of the AIG Women's Open at Carnoustie Golf Links in Carnoustie, Scotland, last Saturday. (AP-Yonhap)
Kim Sei-young will need some final round magic to capture the last major tournament of the 2021 LPGA season.

Kim found herself three strokes off the lead in a tie for eighth place at the AIG Women's Open at Carnoustie Golf Links in Carnoustie, Scotland, on Saturday (local time). The South Korean shot an even-par 72 in the rainy third round, after trading in her four birdies with four bogeys.

She entered the third round in third place but is now tied for eighth with six other players at six-under. Anna Nordqvist of Sweden and Nanna Koerstz Madsen of Denmark have the share of the lead at nine-under.

Kim bogeyed the fourth hole but then bounced back with birdies at the sixth and seventh holes. She gave back those two shots with bogeys at the ninth and 10th.

She righted the ship somewhat with birdies at the 11th and 14th but finished her round with a bogey at the 18th.

Kim said she was "a little disappointed" with how she pulled her tee shots.

"Driving is important on this course, but I kept hitting my tee shots to the left. That led to bogeys," Kim said. "It wasn't an easy round because of all the rain we had."

"It's a typical links golf course, very interesting," Kim said of the track known as "Carnasty" for its difficulty, highlighted by bunkers, narrow fairways and deep rough. "A lot of bunkers and a lot of water. A little wind on this course, it's real challenging.

Without the wind, it's also not an easy course." (Yonhap)