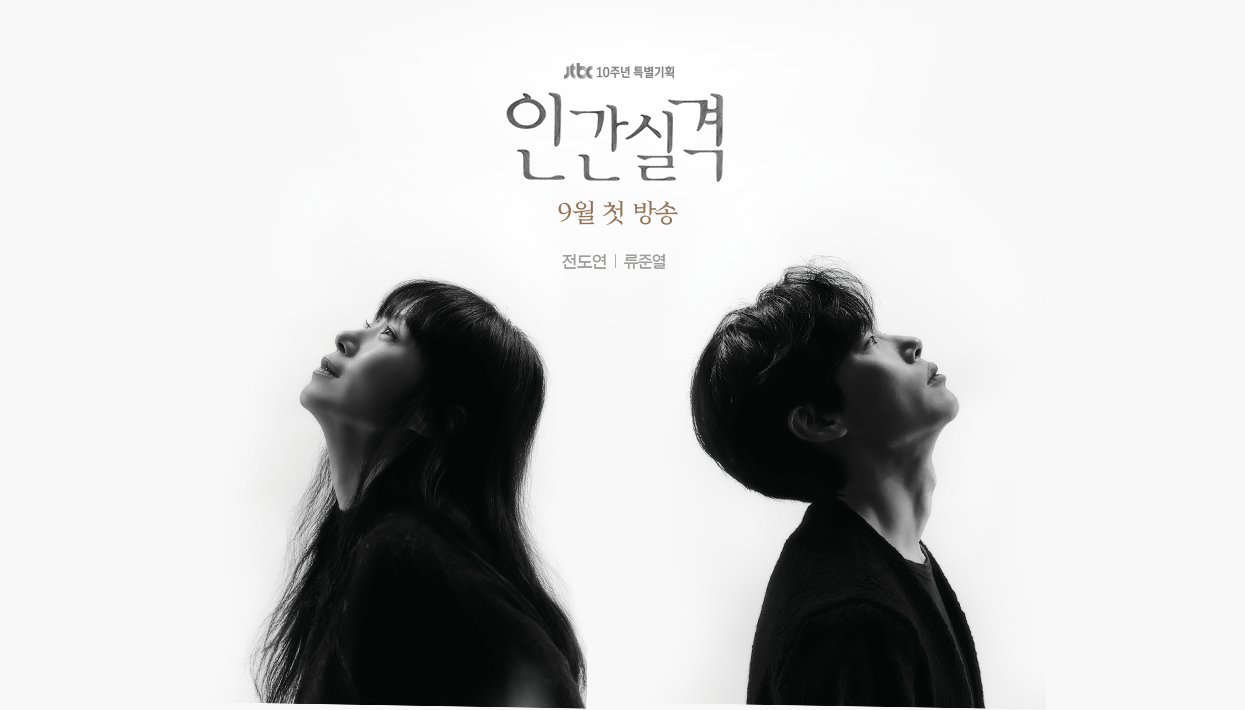 A teaser image for "Lost" (JTBC)
The South Korean entertainment scene is expected to experience a heated-up competition this fall among breakout A-list celebrities who will return to the small screen after years of absence.

JTBC will open up the "star wars" with the melodrama "Lost," starring Cannes-winning Jeon Do-yeon, premiering on Sept. 4.

Choosing the show for her return to TV five years after "The Good Wife" (2016), Jeon will play a ghostwriter who has done her best but suddenly realizes her life is worthless and loses the will to live.

"Lost" has been also the talk of the town for being star film director Hur Jin-ho's small screen debut. He made a name for himself with melodramas including "One Fine Spring Day" (2001) and "Christmas in August" (1998).

In the comedy drama "Koo Kyung-yi," set to begin airing in October on JTBC, famous actress Lee Young-ae will take the title role of an insurance investigator. It is her first TV series since the historical romance "Saimdang, Memoir of Colors" (2017).

JTBC also has a star-studded lineup for the upcoming fall-winter season as "Crash Landing On You" (2019) star Son Ye-jin will come back with "Thirty-Nine" and Ko Hyun-jung will take a role in "Reflection of You."

Cable channel tvN will come out with the action thriller "Cliffhanger," starring Jun Ji-hyun and Ju Ji-hoon, in October.

Jun, whose last TV project was "Legend of the Blue Sea" (2016), will play a forest ranger in Mount Jiri National Park and experience mysterious incidents involving the mountain's visitors.

It is tvN's most anticipated project for 2021, thanks to its all-star cast and crew, including director Lee Eung-bok, who was behind several megahit TV series like "Descendants of the Sun" (2016) and "Guardian: The Lonely and Great God" (2016), and screenwriter Kim Eun-hee, who created the historical zombie thriller series "Kingdom" (2019) on Netflix.

SBS has cast actress Song Hye-kyo for its new romantic comedy "Now, We Are Breaking Up," expected to kick off in November.

Song will play the lead character, a cold-hearted realist designer at a fashion company. It will be Song's first TV appearance since the romance drama "Encounter" (2018). (Yonhap)