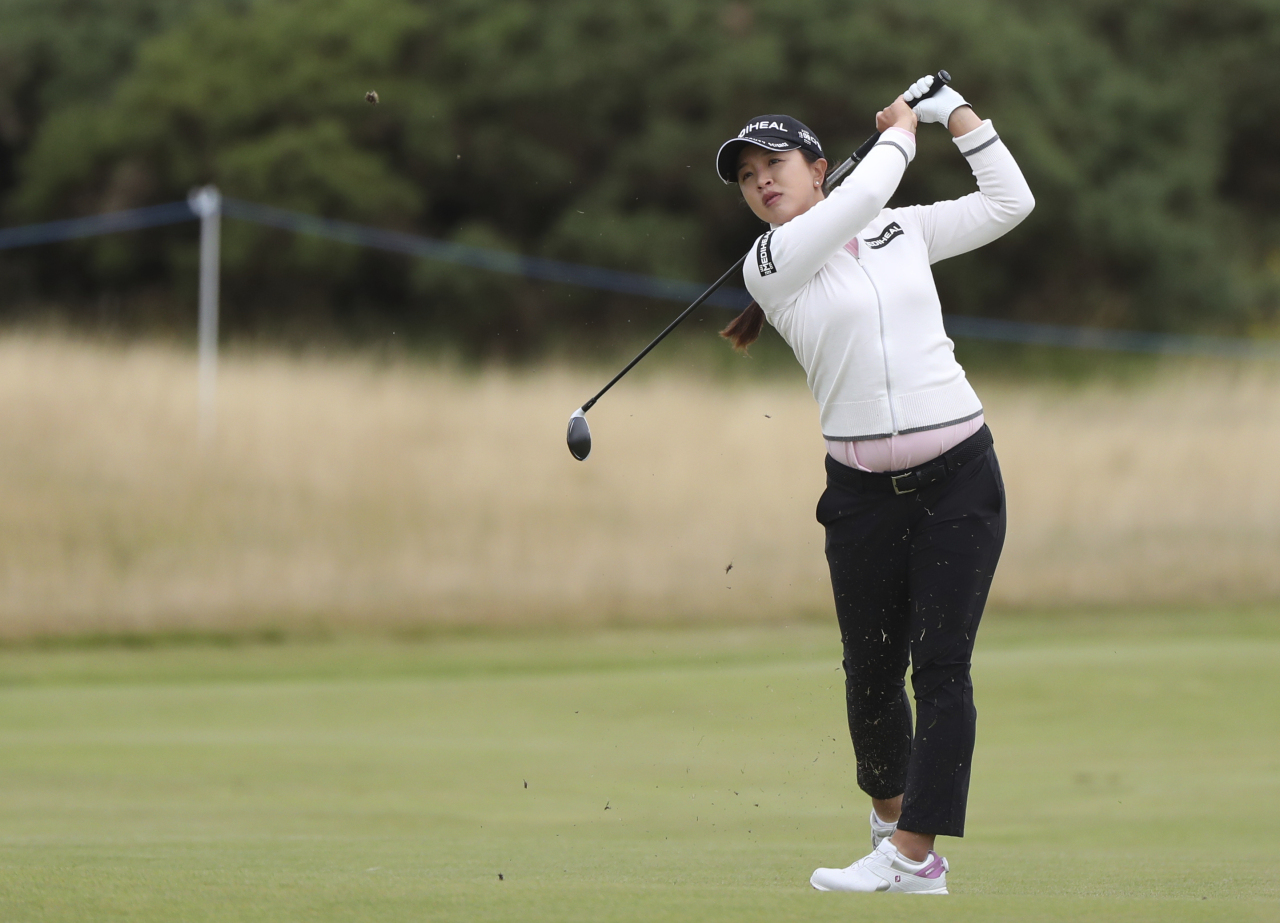 Kim shot a five-under 67 to open the AIG Women's Open at Carnoustie Golf Links in Carnoustie, Scotland, on Thursday (local time). She is tied at the top with Nelly Korda of the United States, world No. 1 and Olympic gold medalist, and Madelene Sagstrom of Sweden.

Kim, world No. 4, picked up six birdies, including three in a row starting at the par-5 fifth, and had her lone bogey at the par-4 15th.

Kim has recorded at least one victory since her Rookie of the Year campaign in 2015, but the 12-time winner has yet to reach the winner's circle in 13 tournaments so far in 2021.

Kim was one of four South Koreans at the recently concluded Tokyo Olympic women's golf tournament and finished tied for ninth there, seven strokes behind Korda. Kim said playing at the Olympics still boosted her confidence.

"I couldn't get the medal, but I learned a lot from there," Kim said. "I got good momentum from there for this week."

Four players are tied for fourth place at four-under 68, including the reigning US Women's Open champion Yuka Saso.

Park In-bee, the top-ranked South Korean in the field this week at No. 3, shot a 70 to find herself tied for 11th place with 10 others. (Yonhap)