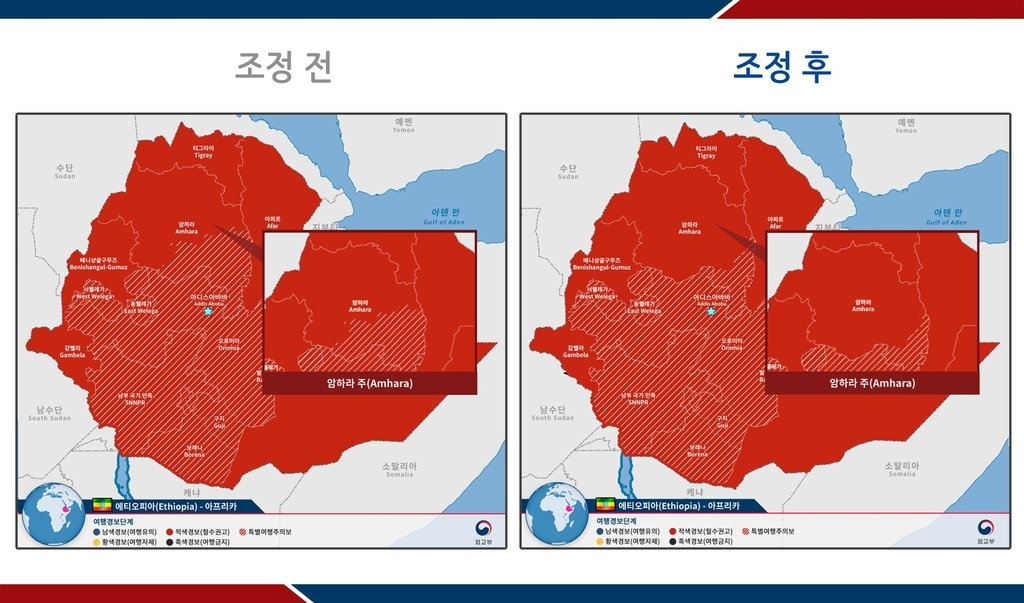 The foreign ministry issued the Level 3 travel alert for South Wollo and East Gojjam -- the second highest in the four-tier system, which asks citizens to cancel their travel plans and those already in the areas to move to safe places.

The ministry said that it would continue to review whether there is a need to readjust the travel alert level as it carefully watches the security conditions in northern Ethiopia. (Yonhap)