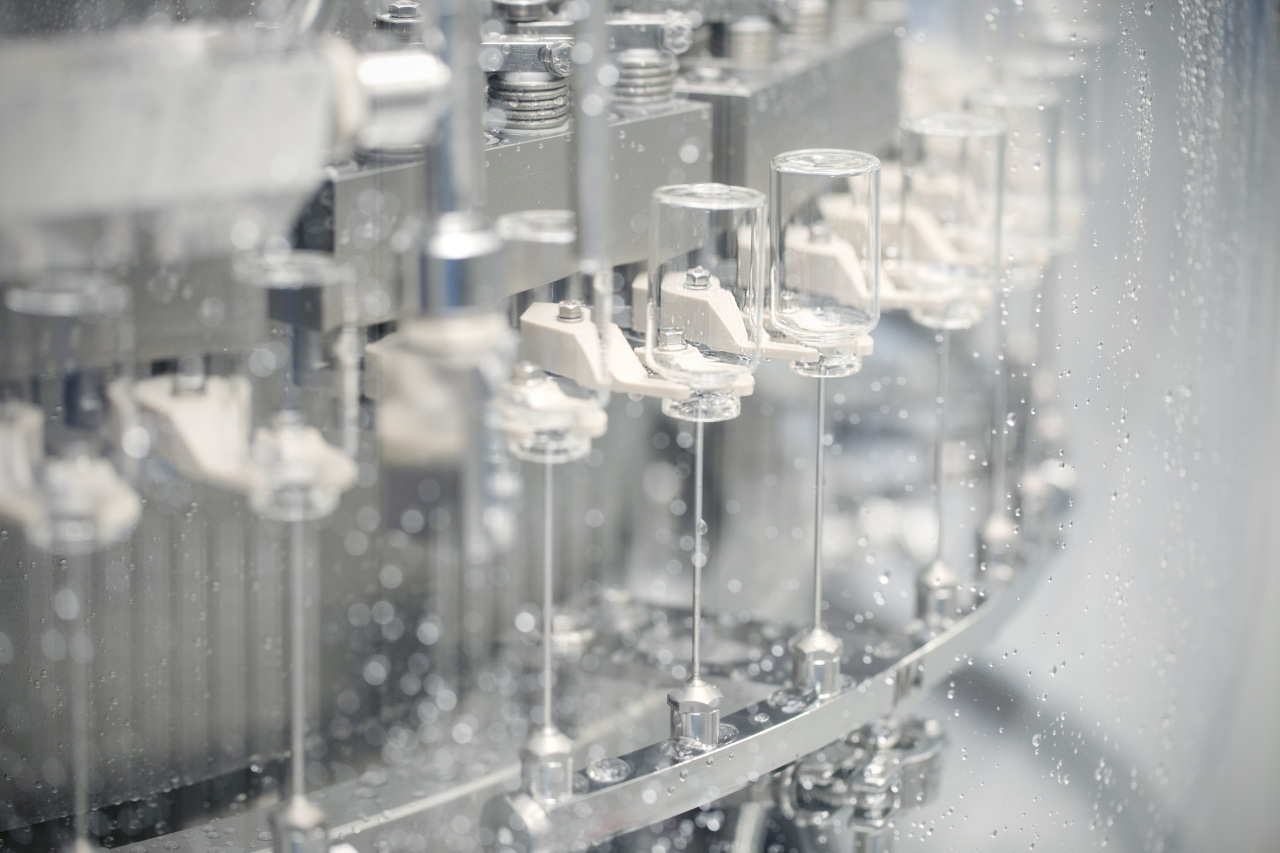 A picture shows the fill-finish operation at Samsung Biologics' manufacturing facility in Songdo, Incheon. (Samsung Biologics)
The pandemic has opened up a window of opportunity for South Korean pharmaceutical and biotech companies to advance to the global stage.

As a result, the number of pharmaceutical and biotech firms with sales exceeding 1 trillion won ($860.2 million) has increased to nine in 2020 from six a year earlier.

Subsequently, South Korea logged a trade surplus in pharmaceuticals and medical equipment for the first time ever.

Despite the advances, the limits were clear.

As the world hailed the faster-than-expected development of vaccines by US or European companies such as Pfizer, Moderna and AstraZeneca, and raced to secure doses, Koreans could only lament the country’s lack of capacity in developing original vaccines, particularly regarding messenger RNA vaccines, the newest type of inoculation.

Now with the government vowing full support, local companies are increasing their research efforts, with some developing their own COVID-19 vaccine shots.


Korea as a vaccine hub

Korea’s potential as a global vaccine production and distribution hub has been recognized recently after several contract manufacturing organizations here secured manufacturing deals for some of the most widely used COVID-19 vaccines.

Samsung Biologics, a biopharmaceutical unit of Korea’s top conglomerate Samsung Group, posted all-time high earnings for the second quarter of this year, backed by new contract manufacturing deals, including the one with Moderna in May for the fill-and-finish process of its mRNA COVID-19 vaccine.

Samsung Biologics said it expects the sales growth to continue, as it is expanding production capacity with the construction of its fourth plant in Songdo, Incheon.

Samsung Biologics is also building a messenger RNA vaccine drug substance production facility in the Songdo area, to provide end-to-end mRNA services. The company plans to complete the expansion by the first half of 2022.

The company expects its earnings to grow further as it starts in earnest the production of the Novavax vaccine, which has not yet been authorized.

The current administration has also pledged that the country will aim to become the world’s fifth-largest vaccine-producing country in the next four years.

“South Korea will take the lead in solving a global shortage of COVID-19 vaccines,” President Moon Jae-in said during a meeting on Aug. 5 at the Blue House on the government’s vaccine hub strategy.

President Moon’s announcement came together with the government’s plan to inject 2.2 trillion won in the pharmaceutical industry over the next five years, which reflects the government’s commitment to nurturing the health care industry as one of the country’s three innovative growth drivers, along with system semiconductor and future mobility.

Moon said the investment will be used to expand production and research facilities, as well as secure technologies required to be “self-sufficient” in manufacturing of drugs and medical equipment.

The government will also continue to support local drug and biotech companies’ development of COVID-19 vaccines and novel treatments.

SK Bioscience on Tuesday became the first Korean company to win approval to proceed with the phase 3 clinical trial of its recombinant protein nanoparticle vaccine candidate GBP510. It plans to apply for authorization of the COVID-19 vaccine early next year.

The government has earlier said it would support the last-stage trials for vaccines under development, and five are expected to benefit from the measure. Apart from SK, the remaining four are uBiologics, Cellid, Genexine, and Geneone Life Science.

In line with the government’s initiatives, the private sector has embarked on a series of new research and business projects too, with a new focus on acquiring technologies to develop mRNA vaccines that are now tested as potential treatment for cancers and autoimmune diseases.

Celltrion earlier this month announced its partnership with the US-based biotech firm TriLink BioTechnologies to develop mRNA vaccines that are effective against COVID-19 variants, as well as mRNA-based drugs for other diseases.

Earlier in June, several pharmaceutical and biotech companies have also joined forces to combine their research capabilities to jointly develop an mRNA COVID-19 vaccine. This consortium led by Hanmi Pharmaceutical, GC Pharma and ST Pharm said they will together invest over 700 billion won for future clinical studies and manufacturing facilities for mRNA vaccines.


Preparing for next pandemic

With global experts warning of the next pandemic after COVID-19, Korea plans to enhance its preparedness, with long-term investments in research projects and training of professionals in the fields of medical science.

During the Aug. 5 meeting, Moon committed to training 200 medical scientists, 10,000 clinical research associates and 2,000 drug experts annually, in a bid to increase the country’s overall capabilities to counter future pandemics and boost local firms’ competitiveness in the global market.

The launch of the Korea Virus Research Institute is also in line with the government’s recent initiatives in the medical field.

Shin Eui-cheol, a KAIST professor and joint chief of the new institute, said the establishment of the institute would provide a better environment for researchers and hopefully forge a research community specializing in the study of viruses.

While admitting that the pandemic has offered the country’s pharmaceutical industry an opportunity to advance, Shin also warned that the government and local pharmaceutical firms should invest in a wide range of research areas to increase their overall capabilities to address future challenges, instead of focusing on a certain area or an item, such as mRNA vaccines.

More financial investment should follow to close the gap between local and international players, Shin added.

On Aug. 15, 2021, The Korea Herald celebrates its 68th anniversary as South Korea’s No. 1 English-language daily. To mark the day in a time of pandemic and turmoil, The Korea Herald has prepared a series of stories on the challenges that we face and the prognosis for life with, or after COVID-19. -- Ed.