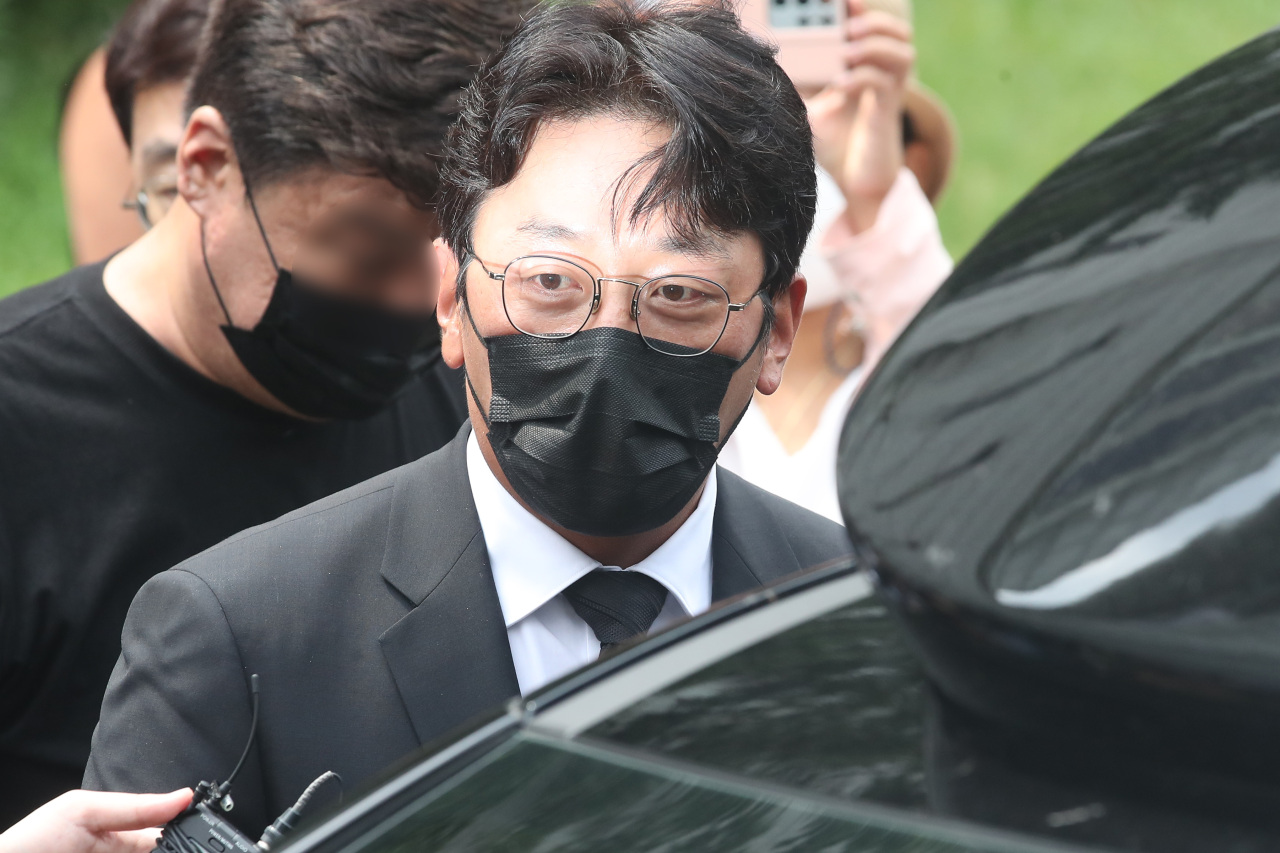 South Korean actor Ha Jung-woo enters the Seoul Central District Court on Tuesday, to attend a hearing over his illegal propofol use. (Yonhap)
Prosecutors on Tuesday demanded a 10 million-won ($8,700) fine for actor Ha Jung-woo, who admitted to illegal use of propofol in 2019.

The 43-year-old screen star has been indicted on charges of taking shots of the anesthesia-inducing medication for non-medical purposes between January and September in 2019.

The prosecution requested the Seoul Central District Court impose a monetary penalty as the actor has no previous record of drug abuse and admitted to his crime.

Earlier in the hearing, Ha's attorney said the actor admits to all the allegations and asked the court to take into consideration that Ha mostly took propofol shots administered by doctors, along with dermatology treatments.

Ha said he "deeply regrets" his actions and will try to become an actor that "contributes to society."