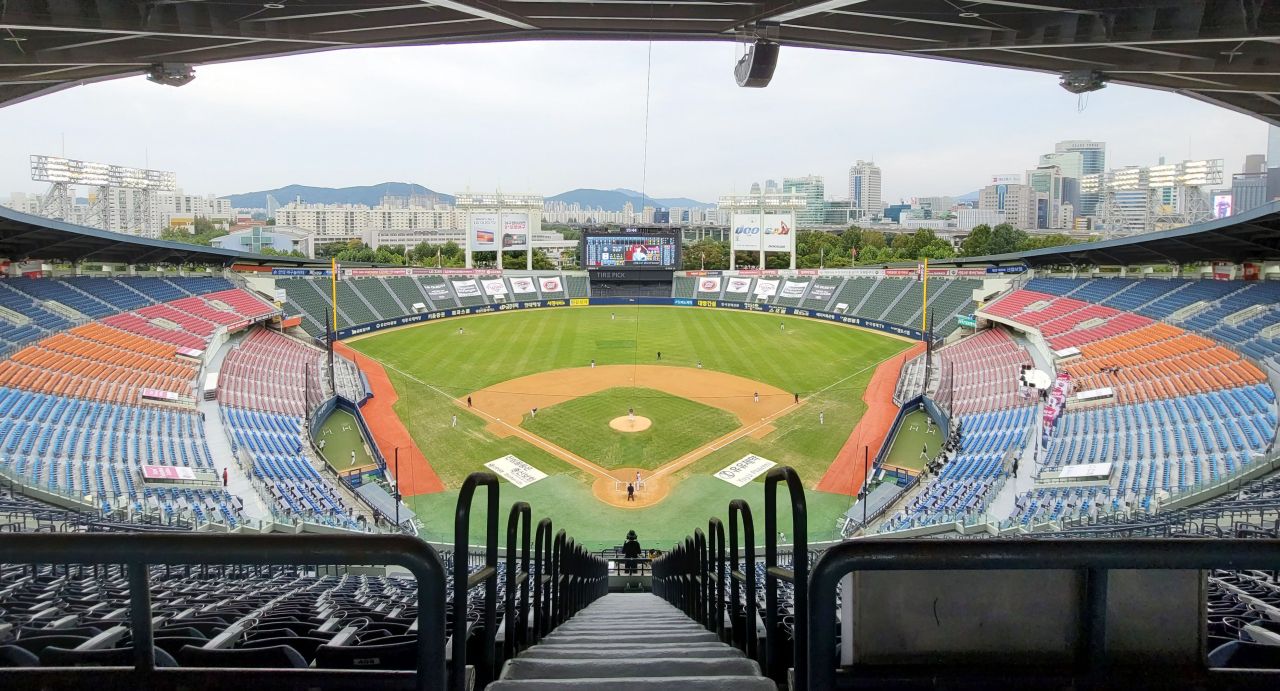 This file photo from July 12, 2021, shows Jamsil Baseball Stadium in Seoul, home of the Doosan Bears. (Yonhap)
A player in the Korea Baseball Organization (KBO) is undergoing an additional review after failing a doping test, national authorities said Tuesday.

The Korea Anti-Doping Agency (KADA) said a player for the Doosan Bears, whose identity is being withheld, tested positive for a banned substance last month but has since appealed his case.

The player insisted in his hearing in July that he has never taken any illegal drug. The KADA is reviewing possibilities that a prohibited substance might have entered the athlete's body through other means.

A KADA official said he couldn't comment on an ongoing case but added, "Not every positive doping test will result in a penalty. We have to look at different ways in which illegal substances get into athletes."

The player has tested positive for meclofenoxate, a stimulant banned by the World Anti-Doping Agency (WADA). In July, US mixed martial arts fighter Rob Font was cleared after his use of a cosmetic product containing this substance led to a positive test in May.

The KADA will inform the Bears and the player once it has finished its review. The player will then have three weeks in which to appeal the ruling. (Yonhap)