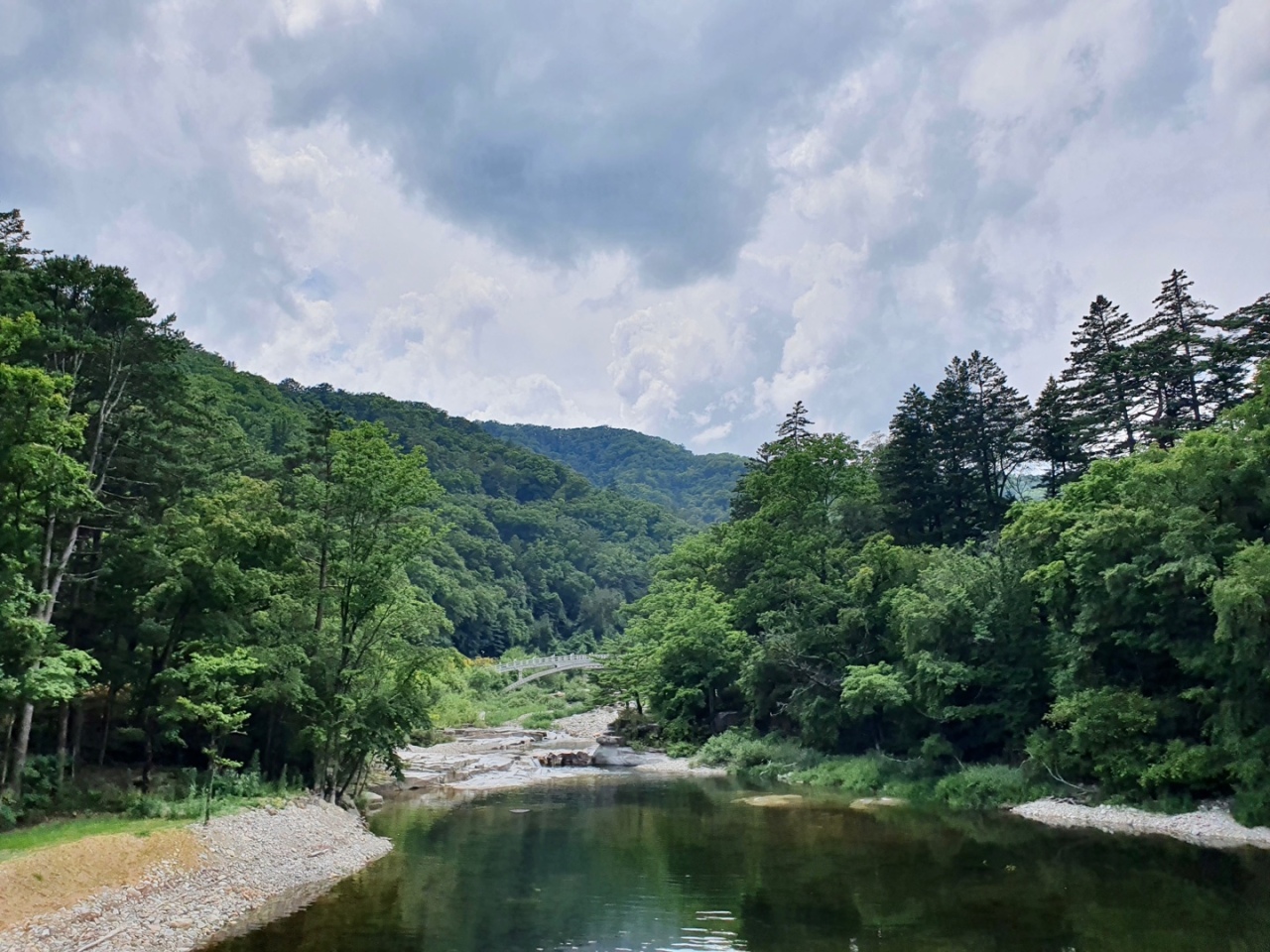 Mountain stream of Sogeum River nearby Weoljeongsa (Im Eun-byel / The Korea Herald)
Finding a summer vacation destination amid the prolonged virus crisis and unrelenting heat is not easy. But Pyeongchang, Gangwon Province, may provide an answer.

Pyeongchang, a three-hour drive east of Seoul, is a highland county. More than 60 percent of its region is situated more than 700 meters above sea level. Though the sun still burns, the wind is cool and inviting.

The Winter Olympic city becomes packed with skiers and snowboarders in the colder months, as multiple ski resorts are situated across the mountain ridges of Pyeongchang. In summer, however, families and friends come here to escape the heat.

As the fourth wave of the COVID-19 pandemic is yet to wane, vacationers should look after their personal hygiene, keep physical distancing and avoid visiting crowded places.

Pyeongchang is placed under the government’s social distancing measure Level 3. Gatherings of up to four people are allowed. 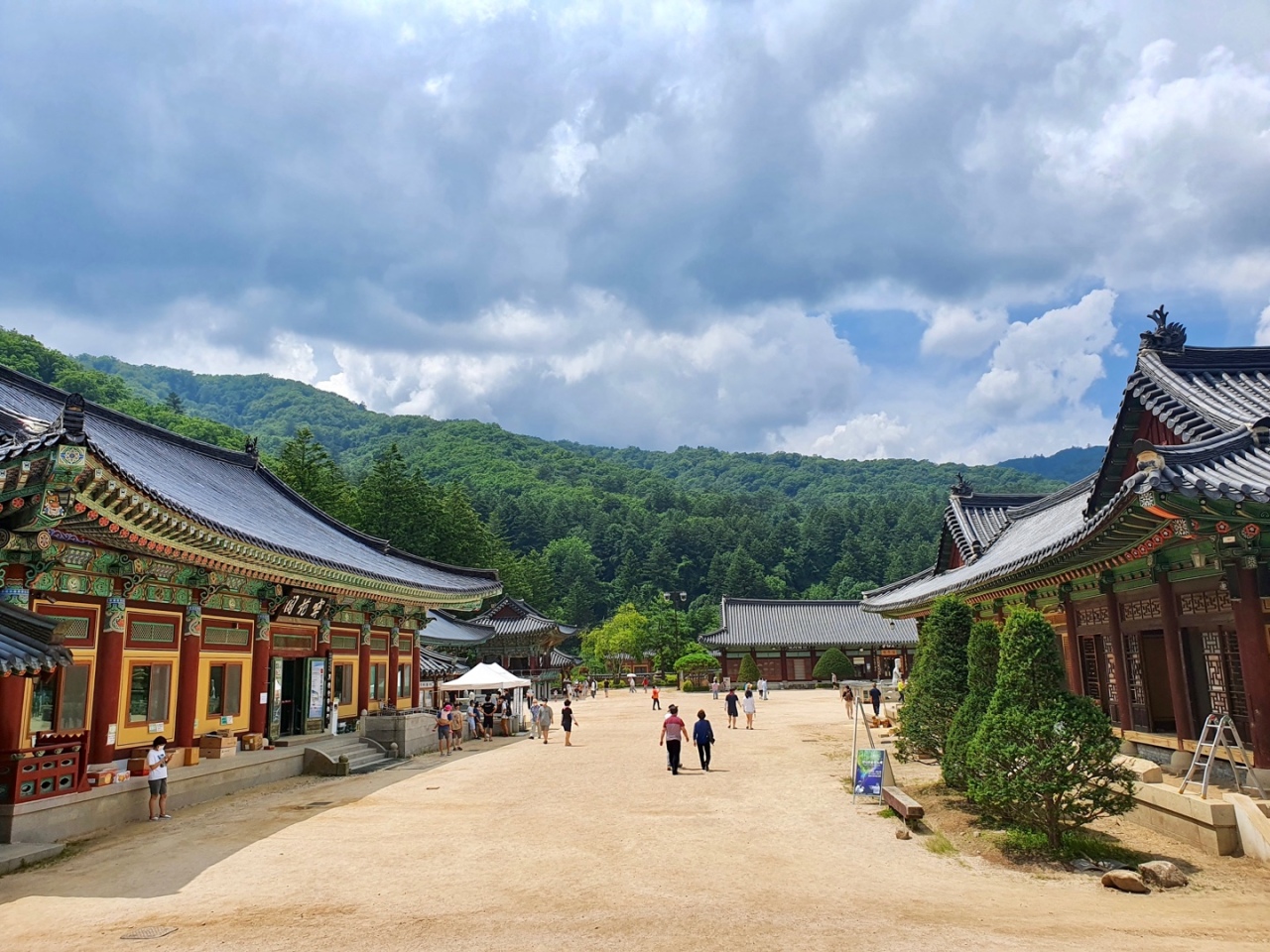 Weoljeongsa at Odaesan in Pyeongchang, Gangwon Province (Im Eun-byel / The Korea Herald)
Weoljeongsa is a summer destination with its forest and mountain stream.

Weoljeongsa is believed to have first been built in 643 during the Shilla era (57 B.C. - A.D. 935) but it was burnt completely in a fire during the Korean War and was reconstructed in 1964. The temple runs Templestay program for those who would like to experience Buddihist culture.

For vacationers, the temple is more famous as a mid-spot to approach the adjoining spruce forest and mountain stream.

Visitors can walk along a 1-kilometer road surrounded by some 1,700 spruce trees. Next to the road is a mountain stream where visitors can dip their feet in icy cold water to get some relief from the heat.

The 1-kilometer road is a barrier-free path, allowing visitors of all conditions to visit the forest. Some even walk barefooted on the path. To clean up, they can enjoy a refreshing foot bath at the end of the road. 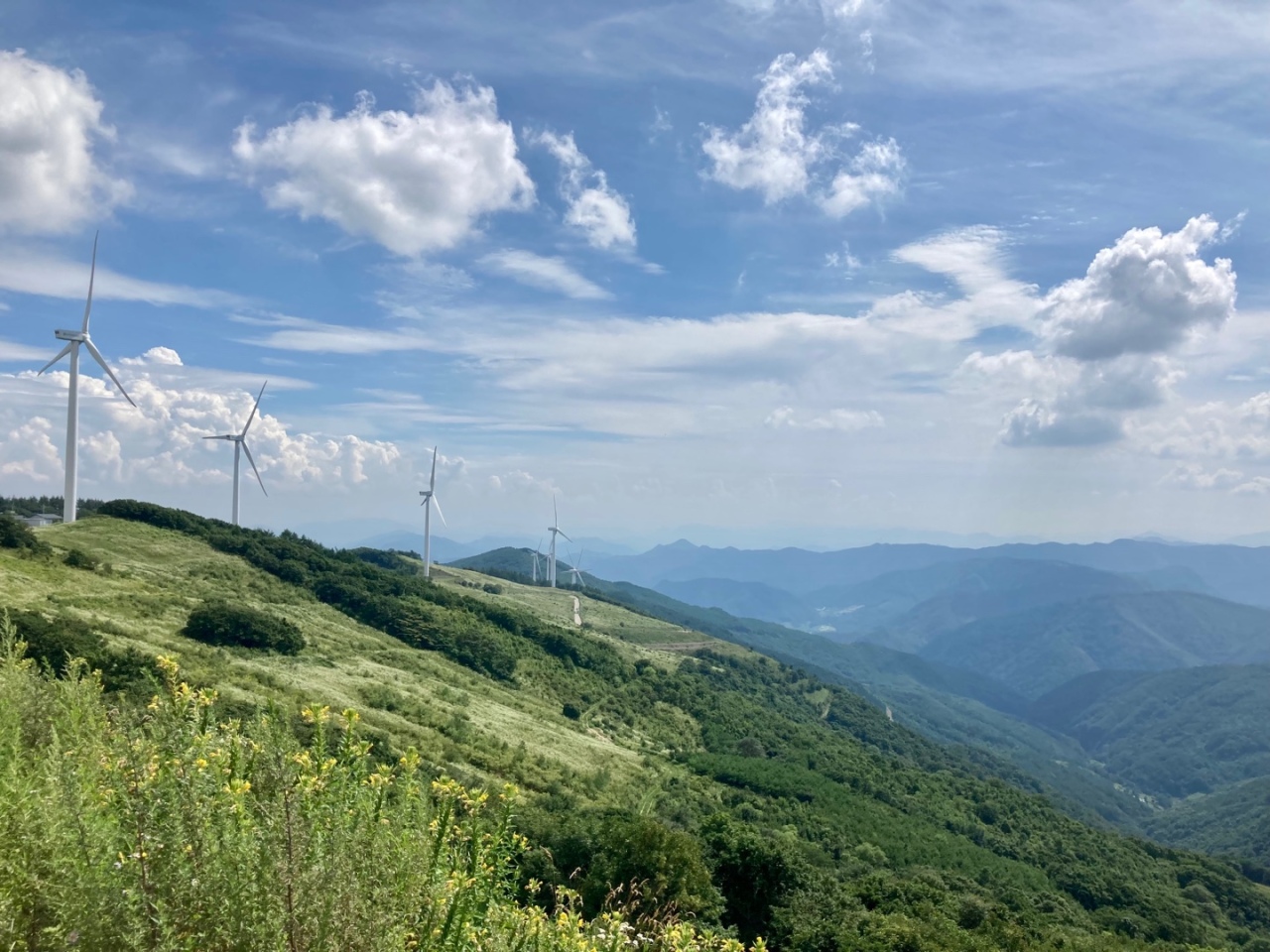 View from Yukbaekmajigi (Im Eun-byel / The Korea Herald)
Though often overshadowed by other more famous mountains in Gangwon Province, amid the pandemic, Cheongoksan has become a favored tourist destination on social media.

The plateau, situated some 1,200 meters above sea level, used to be frequented by campers seeking to stargaze. Though it is still a favored destination among campers, it is now heavily visited by those who wanted to enjoy scenic views of the mountains.

The 15-minute drive up to 600 Majigi is quite steep and narrow. But once arriving at the plateau, the mountain ridges of Gangwon Province come into view, along with fields of white wildflowers, mainly Shasta daisy in summer.

Yukbaekmajigi was originally a highland farm, managed by slash-and-burn farmers in the 1960s. PyeongChang county developed the land into a wildflower park. The view is completed with some 20 wind turbines.

Visitors can park their cars and take a walk around the wildflower park. People can also take campervans. Those concerned about COVID-19 can enjoy the scenic view from their cars as a form of drive-through tourism. 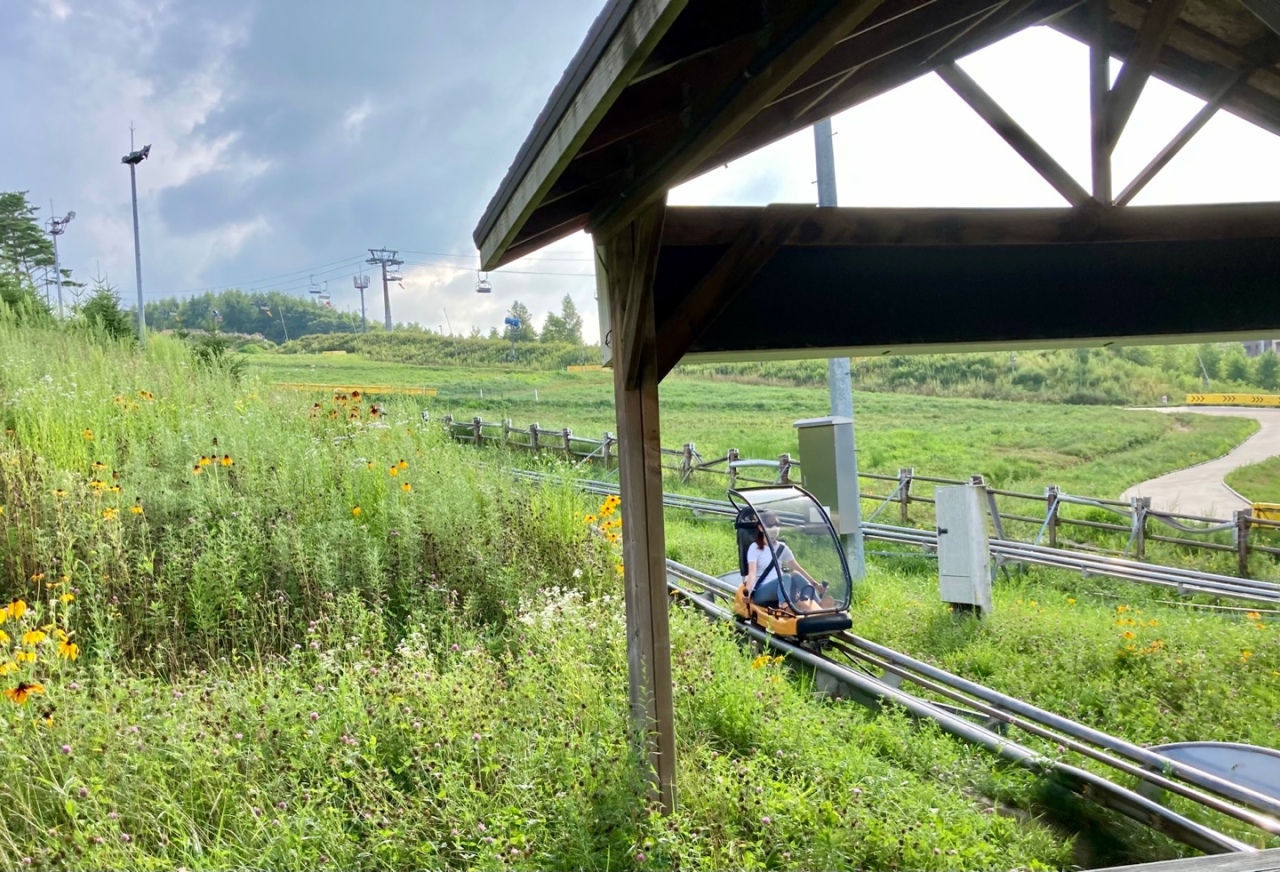 A tourist enjoys her ride on Alpine Coaster at Alpensia Resort (Im Eun-byel / The Korea Herald)
For those who are seeking adrenaline fueled summer activities, there are one-person rollercoaster rides on mountain ridges.

Alpine Coaster at Alpensia Resort and Mountain Coaster at Yongpyong Resort are both famous for their ski slopes in winter, but in summer, however, the slopes turns into monorail tracks for one-person rail carts. Users can use brakes to control the speed.

The coasters can go up to a maximum speed of 40 kilometers per hour, but it feels much faster.