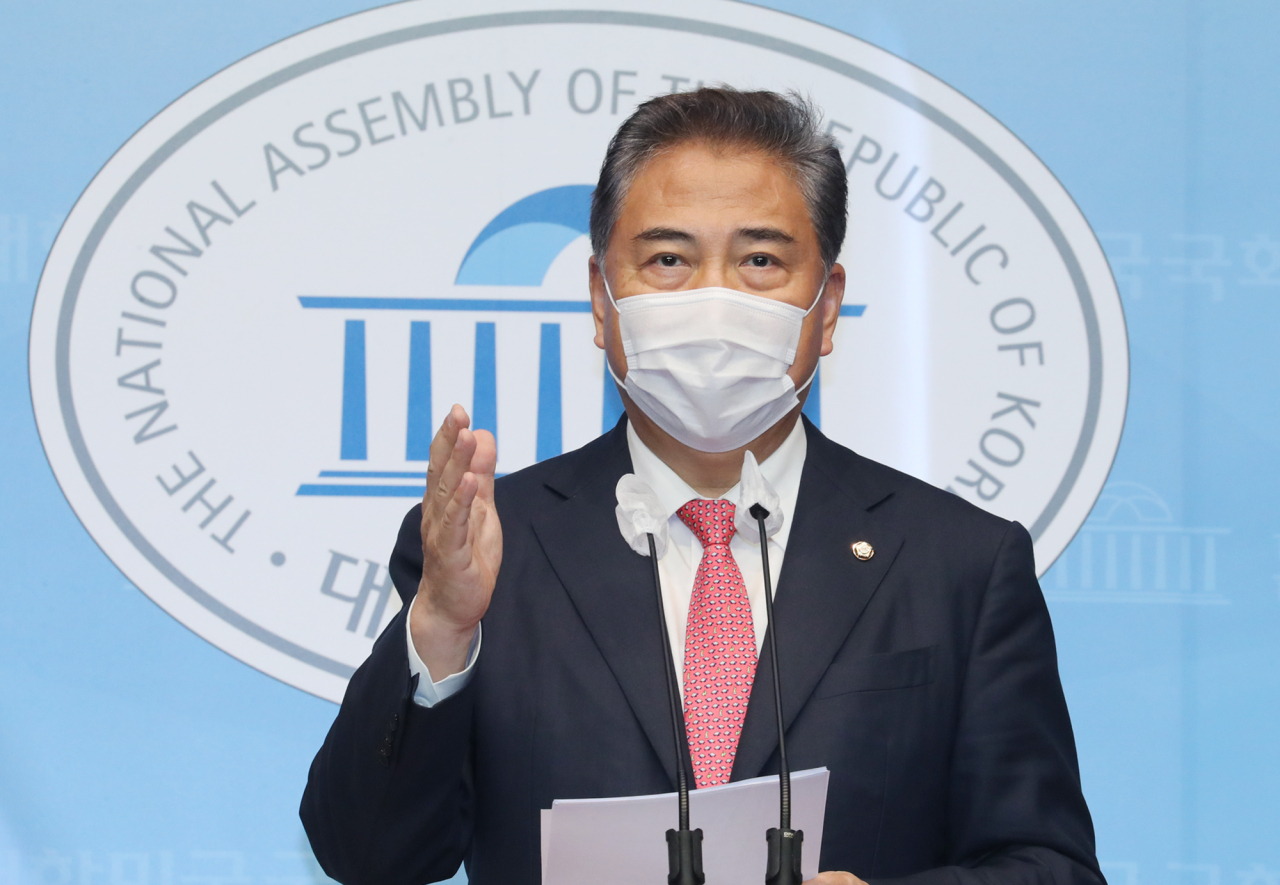 At a videoconference at the ASEAN Regional Forum, held Friday, China’s Foreign Minister Wang Yi expressed opposition to the Korea-US joint exercises and called for the easing of sanctions against North Korea.

On Sunday Park wrote in his blog, “Wang Yi’s remarks are unfortunately an infringement of South Korea’s security sovereignty and unfair interference in internal affairs.”

He added that the timing of Wang’s statement led him to suspect it was a “calculated statement to shake the Korea-US alliance.”

Park condemned what he called China’s two-faced attitude, saying that at the same meeting, China had dismissed criticism about continued human rights violations in Tibet, Hong Kong and Xinjiang and had accused critics of “intervention in internal affairs.”

The lawmaker said, “It is deeply regrettable that China’s foreign minister made such remarks at an international conference where ASEAN regional ministers gathered.”

Park said, “China is conducting a ‘quiet invasion’ to shake the Korea-US alliance.”

To bring about peace and ease tension on the Korean Peninsula, it is essential to suppress North Korea’s provocations, he said.

“To this end, we should call for China’s active role in denuclearizing North Korea along with maintaining a strong joint defense posture of the Korea-US alliance.”