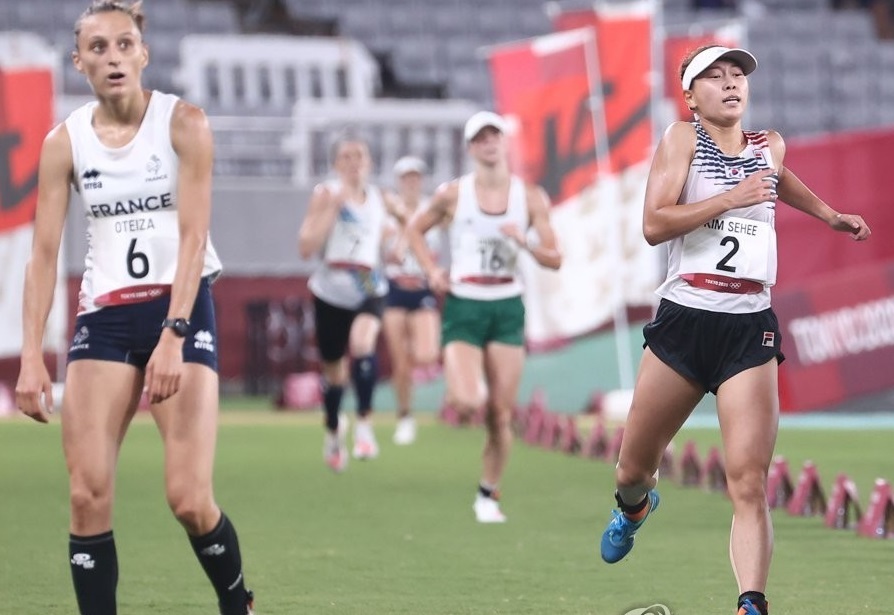 She scored a total of 1,330 points to rank 11th after fencing, swimming, horse riding and a combined event of shooting and running, or laser run, at Tokyo Stadium. Her teammate Kim Sun-woo finished 17th.

It tied the country's best Olympic performance with Jung Jin-hwa and Kim Mi-seop in the men's event in 2012 and 1996, respectively.

And it is the highest Olympic ranking notched by a female pentathlete, besting Kim Sun-woo who finished 13th at the Rio Olympics five years ago.

Kim Se-hee was in second place after the fencing ranking round the previous day, before competing in freestyle swimming, fencing, riding and laser run on Friday.

She attained the runner-up position after the first three events but fell to the 11th place in the final laser run competition.

Kate French of Britain took gold, while the silver and bronze medals went to Laura Asadauskaite of Lithuania and Kovacs Sarolta of Hungary.