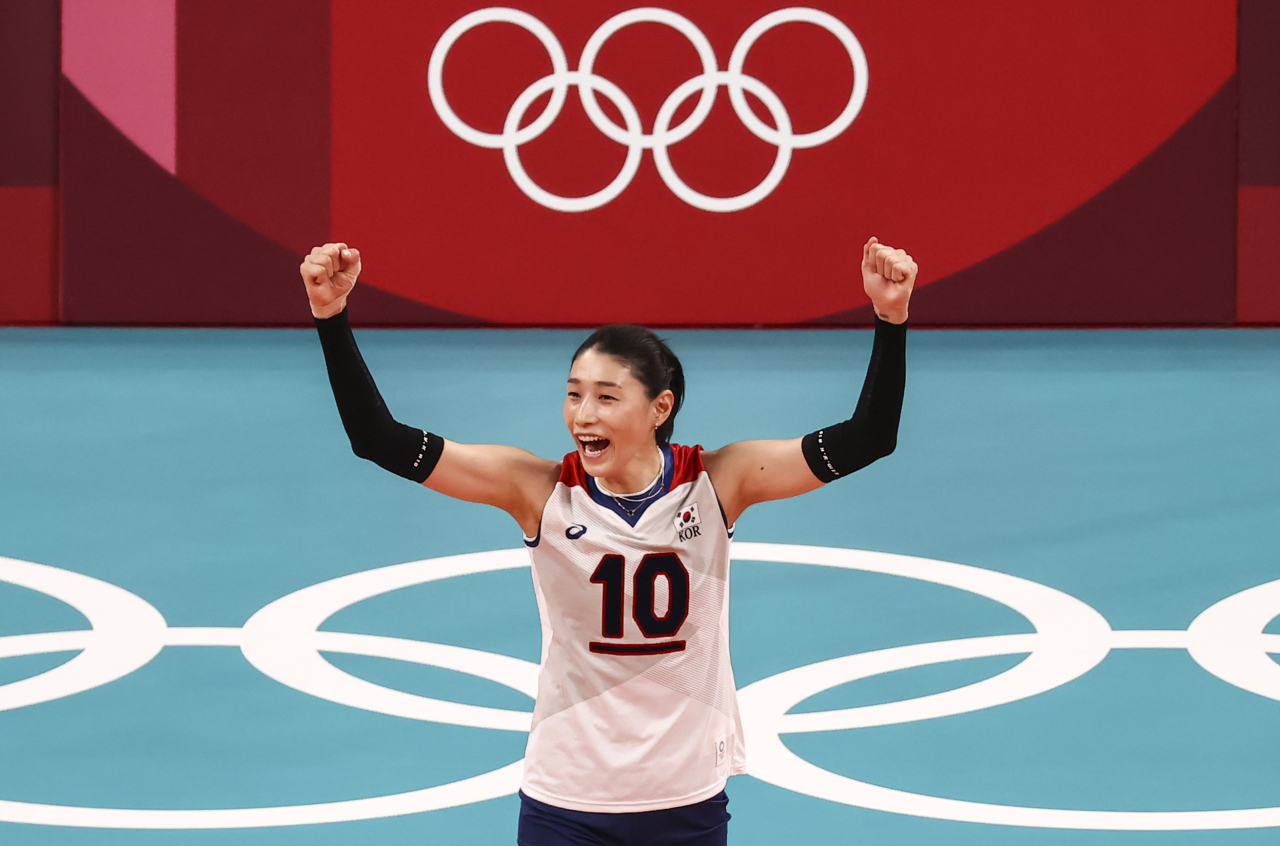 South Korean attacker Kim Yeon-koung reacts after scoring during a women's preliminary round Pool A match against Serbia at the Tokyo Olympics at Ariake Arena in the Japanese capital on Monday. (Yonhap)
TOKYO-- Fans of Kim Yeon-koung, captain of the South Korean women's Olympic volleyball team, have launched a drive to donate tree saplings to Turkey, which is currently battling severe wildfires, following the team's hard-fought victory over the transcontinental nation.

Devoted followers of the star captain have started a movement on Twitter and other social media in South Korea, sharing images of certificates and screenshots showing their tree sapling donations to Turkey in the name of either "Kim Yeon-koung" or "Team Korea." Many of the posts included the hashtag "prayforturkey."

The movement apparently started organically as a gesture of goodwill toward Turkey after Kim's team beat the country in the quarterfinals of the Tokyo Olympic women's volleyball tournament on Wednesday.

Kim has deep personal ties with Turkey, having played for Turkish pro clubs Fenerbahce and Eczacibasi VitrA for a cumulative decade.

The talented outside hitter has won numerous championships and individual awards in a 16-year career with stops in South Korea, Japan, China and Turkey. She was named the MVP of the women's volleyball tournament at the 2012 London Olympics, where South Korea finished in fourth place.

South Korea will try to write a new chapter in its underdog story, as it takes on world No. 2 Brazil in the semifinals of the Tokyo Olympic women's volleyball tournament Friday. (Yonhap)