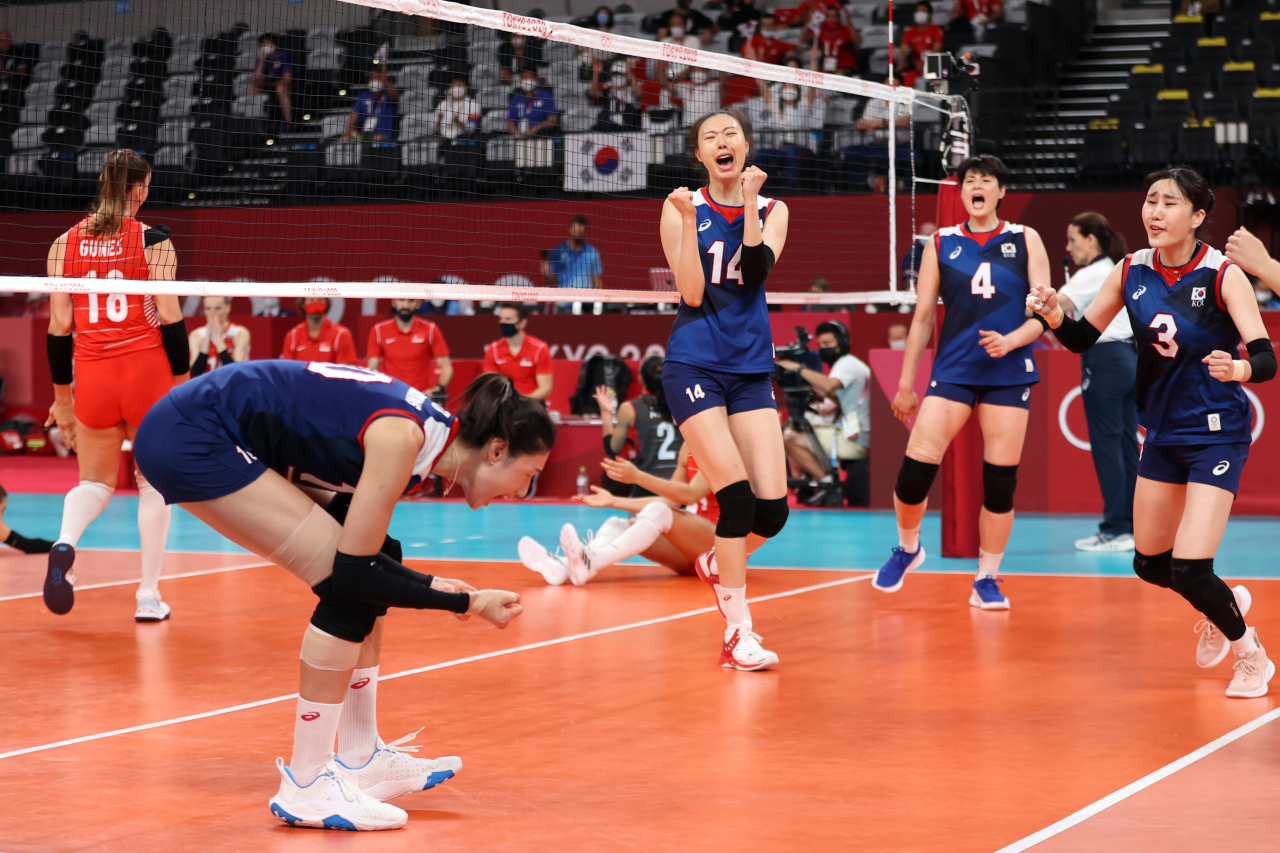 After knocking down world No. 4 Turkey in the quarterfinals and climbing two spots to reach No. 11 in the rankings, South Korea is now playing with house money.

Captain Kim Yeon-koung and Co. have guaranteed themselves at least two more matches in Tokyo. Beat the second-ranked Brazil in the semifinals, starting at 9 p.m. at Ariake Arena, and South Korea will be in the gold medal match Sunday, the final day of the Olympics.

A loss to Brazil will send South Korea to the bronze medal match, also scheduled for Sunday.

Either way, the team that already boasts a massive following back home will reach new heights in its nationwide popularity at the end of this Cinderella run, as it will enjoy the spotlight hours before the closing ceremony.

Not that there should have been much doubt before, but there should now be zero dispute that Kim Yeon-koung is the greatest volleyball player ever to come out of South Korea. As captain, Kim has been both the spiritual leader in the locker room and the team's best player on the court. She is second overall in this year's competition with 115 points.

But in the preliminary match against the same Brazil team on July 25, Kim was limited to 12 points in a straight-set loss. Brazil punished South Korea with a three-pronged attack by Fernanda Rodrigues, Gabriela Guimaraes and Tandara Caixeta. Brazil has four of the top 10 scorers in Tokyo.

Kim will need some help. Fellow outside hitter Park Jeong-ah has scored some huge points throughout the tournament to earn the moniker "Clutch Park."

Coach Stefano Lavarini has worked some magic with his substitutions, with reserves such as Park Eun-jin and An Hye-jin contributing key points with serves.

Lavarini has emphasized the importance of sharp serves against physical opponents, such as Brazil, knowing that South Korean players can't match those teams in strength.

Brazil is undefeated in Tokyo, having run the table in the preliminary round and knocked off the Russian Olympic Committee in the quarterfinals.

And the pressure will be on Brazil, as the heavy favorite, to quiet the upstart South Korean team with nothing to lose.

South Korea has yet to lose a five-set match in Tokyo. (Yonhap)