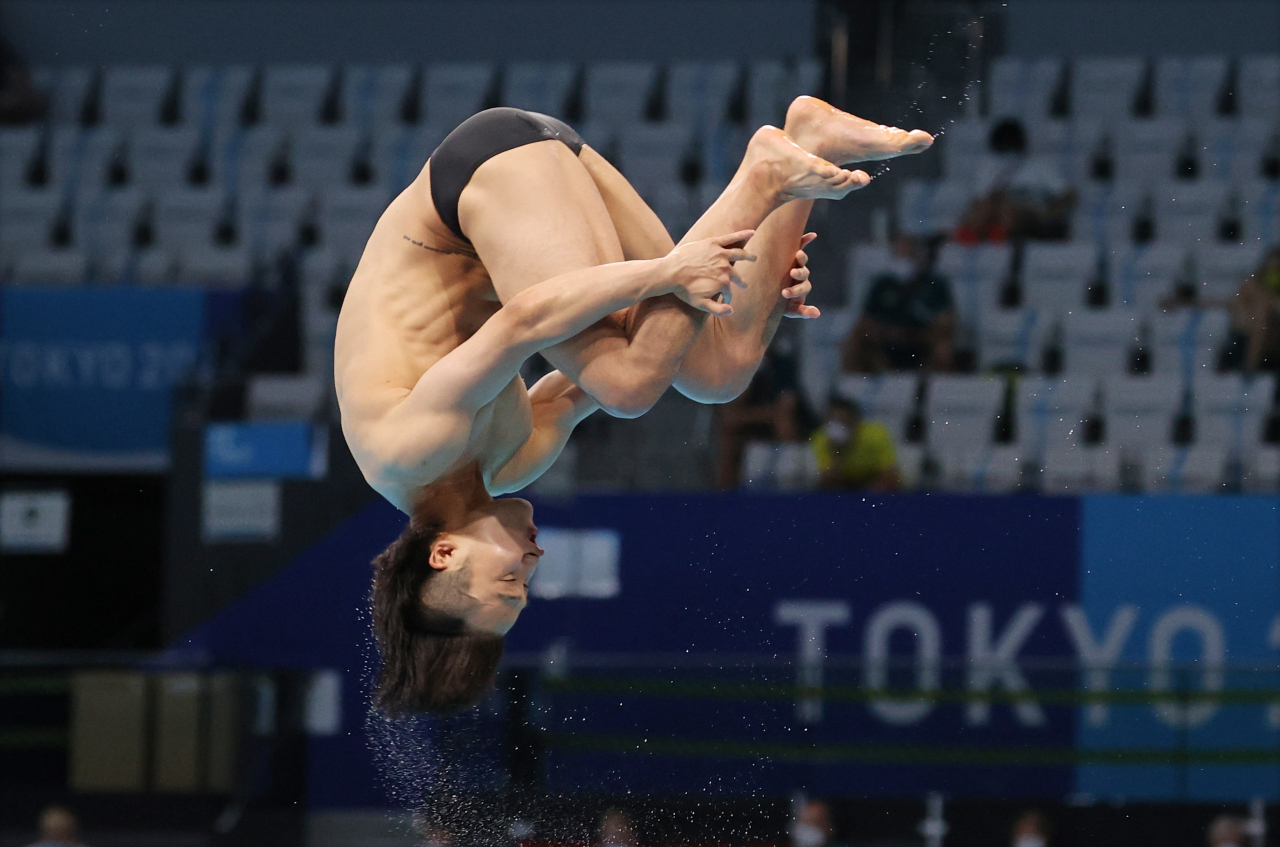 Woo Haram of South Korea performs in the final of the men's 3m springboard diving event at the Tokyo Olympics at Tokyo Aquatics Centre in Tokyo on Tuesday. (Yonhap)
TOKYO -- Woo Haram posted the best Olympic performance by a South Korean diver when he ranked fourth in the 3m springboard final Tuesday.

Could an Olympic medal be in his near future? We'll find out in the 10m platform, Woo's next event scheduled for Friday.

Woo will be among 29 divers in the preliminary. The top 18 will progress to the semifinals for Saturday. From there, the top 12 will qualify for the final later that same day.

At the 2016 Rio de Janeiro Olympics, Woo reached the final in the 10m platform and finished in 11th place. He became the first South Korean diver to even reach an Olympic final.

Also on Friday, South Korea will play in the bronze medal match in the men's table tennis team event against Japan. South Korea lost to China in Wednesday's semifinals to drop into the third-place contest.

The trio of Lee Sang-su, Jeoung Young-sik and Jang Woo-jin represents the last remaining ping pong medal hope for South Korea, which was shut out of the medals in the singles, mixed doubles and women's team events. (Yonhap)