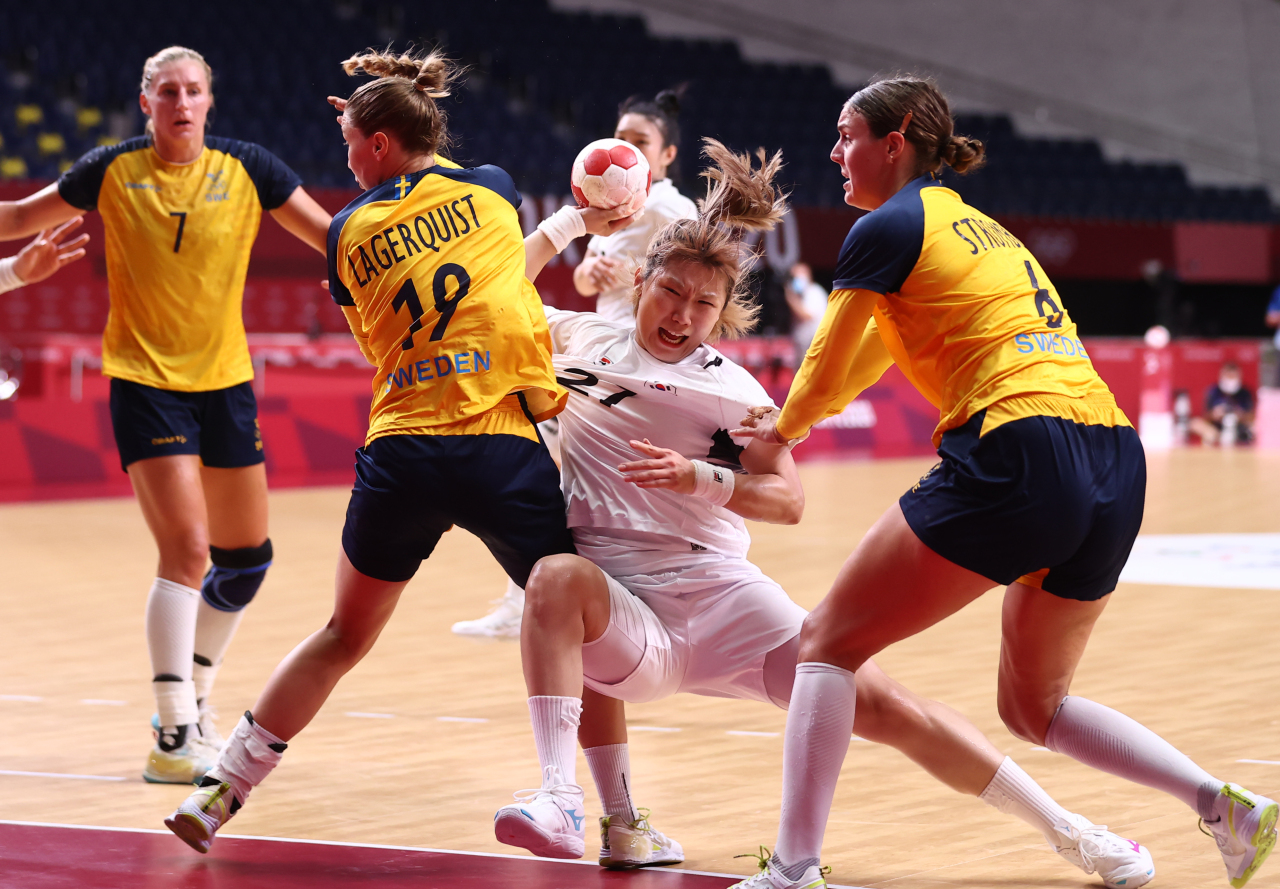 South Korea squeezed into the quarterfinals as the fourth seed from Group A. Sweden won Group B and had little trouble dispatching South Korea.

But South Korea lost in the bronze medal game in 2012 and failed to make it out of the group stage in 2016. It was badly overmatched against Sweden, which opened up a 7-2 lead about seven minutes into the contest and was up 21-13 at halftime.

Sweden remained comfortably ahead after scoring the first three goals of the second half. South Korea was down by as much as 37-25 but battled back to make the final score more respectable. (Yonhap)