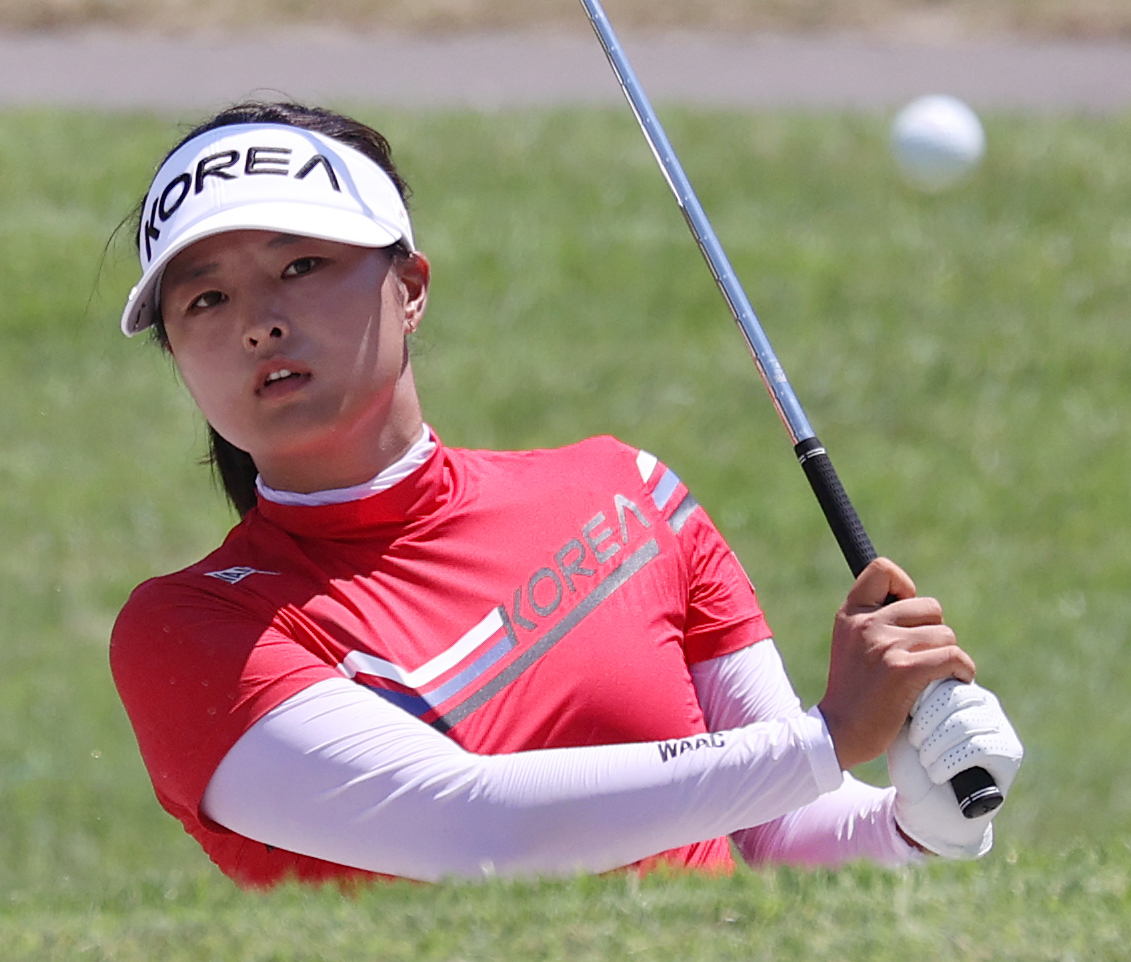 Ko Jin-young of South Korea hits a shot out of a bunker on the 12th hole during the opening round of the Tokyo Olympic women's golf tournament at Kasumigaseki Country Club in Saitama, Japan, on Wednesday. (Yonhap)
SAITAMA -- World No. 2 Ko Jin-young and defending champion Park In-bee found themselves in early contention at the Tokyo Olympic women's golf tournament Wednesday, braving scorching conditions to stay near the top of the leaderboard.

Ko shot a three-under 68 at Kasumigaseki Country Club in Saitama, north of Tokyo, in the opening round, with six birdies against three bogeys. Ko is two behind the leader, Madelene Sagstrom of Sweden.

Nelly Korda of the United States, world No. 1, is one of two players at four-under. Ko is tied with two others for fourth place.

Park, world No. 3 and 2016 gold medalist, had three birdies and bogeyed the final hole for a 69, while another South Korean, Kim Se-young, also shot a 69 with three birdies and a bogey. They are in a nine-way tie for seventh.

The fourth South Korean player in the field, Kim Hyo-joo, carded a 70 after recording two birdies and one bogey. (Yonhap)