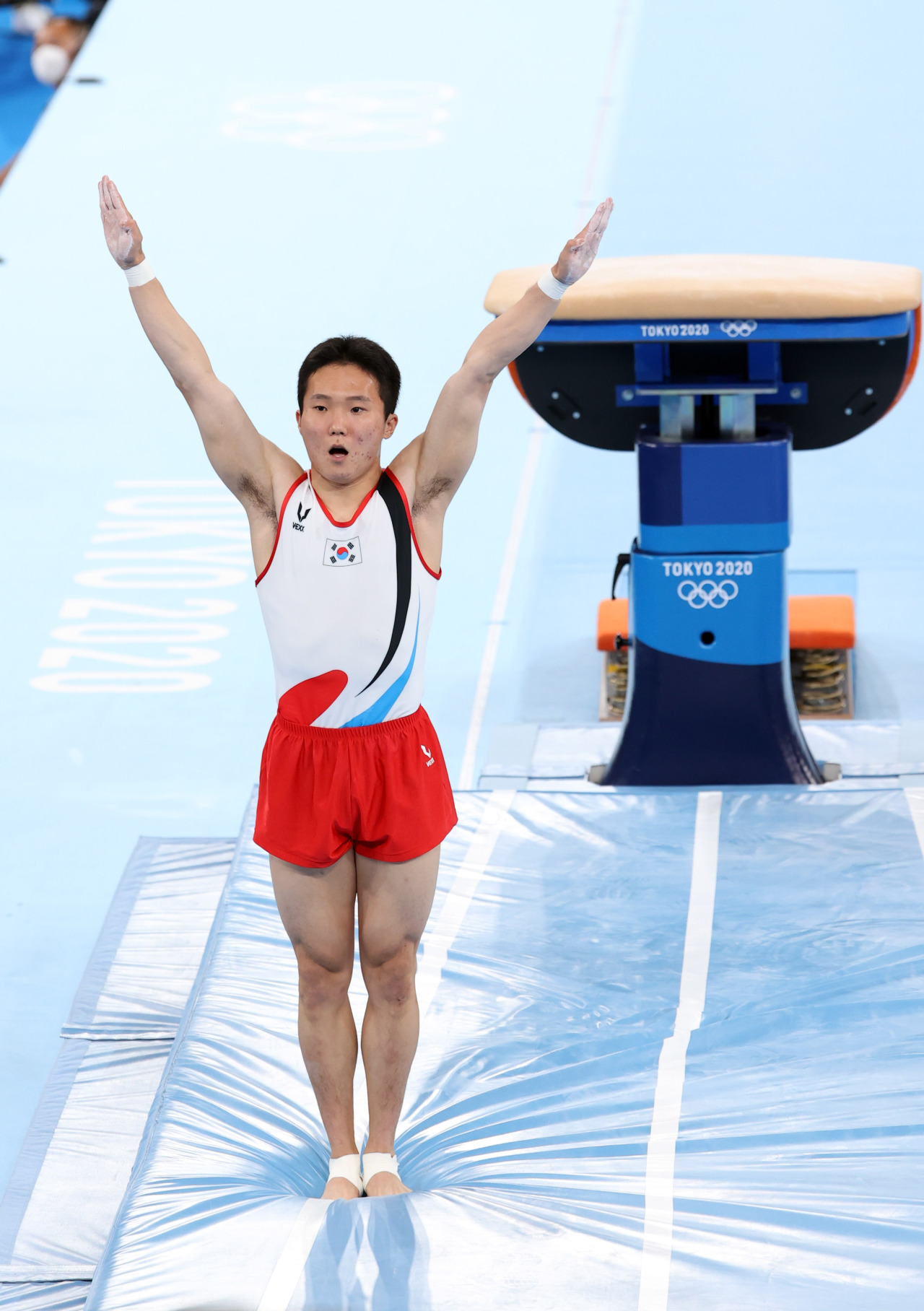 TOKYO -- South Korean gymnast Shin Jea-hwan vaulted into the record books at the Tokyo Olympics on Monday, winning the men's vault gold medal to become only the second Olympic gymnastics champion from the country.

Shin scored 14.783 points on average after two vaults in the final held at Ariake Gymnastics Centre in Tokyo, beating Denis Abliazin of the Russian Olympic Committee for the gold medal. Shin had 14.733 points with his first vault and 14.833 with the next one.

Shin and Abliazin were tied in their scores at 14.783, but Shin had a higher difficulty score with 6.000 in his first vault. Both of the Russian's vaults had 5.600 points in difficulty scores.