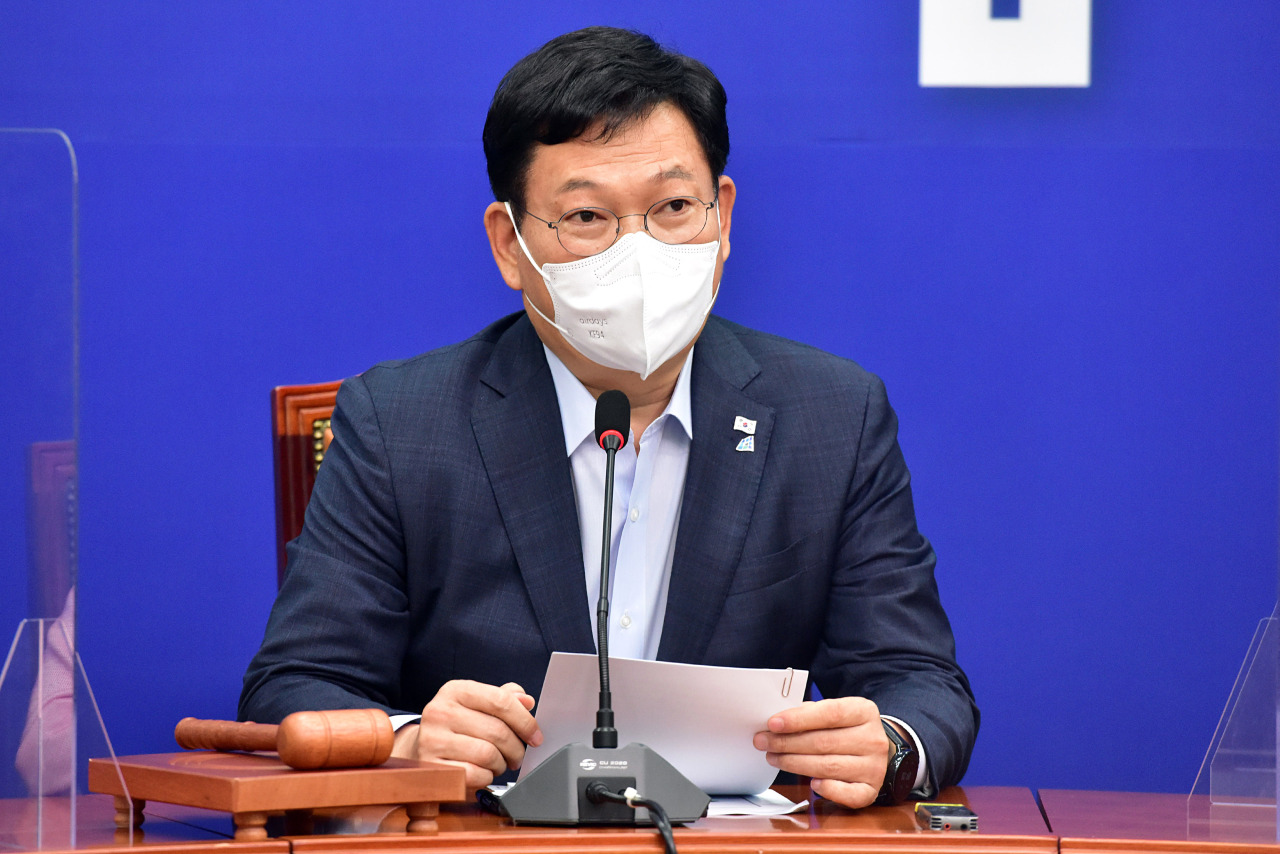 On Sunday, Kim Yo-jong, the powerful sister of the North's leader Kim Jong-un, issued a statement saying that the combined Seoul-Washington exercise could undermine efforts to improve inter-Korean relations at "such a crucial time," after long-severed cross-border communication lines were restored last week.

The statement came as South Korea and the US are expected to hold their annual summertime joint military exercise sometime this month.

In response to the latest Pyongyang statement, DP Chairman Rep. Song Young-gil insisted that the exercise should proceed as scheduled, stating that the nature of the exercise is centered on national defense and peace preservation.

"The upcoming exercise does not include field training elements and consists mainly of command center drills and computer simulation training," Song said, downplaying concerns of military aggression toward the North.

Capability (FOC), arguing that it is required in completing the envisioned transfer of the wartime operational control (OPCON) of the Korean troops from Washington to Seoul.

Song's statement came amid voices raised within the DP calling for the exercise to be postponed, in light of ongoing efforts between Seoul and Washington to resume long-stalled talks with North Korea. Pyongyang has long bristled at such combined drills, branding them as a rehearsal for invasion.

Rep. Sul Hoon, a five-term lawmaker of the DP, proposed on social media that the allies delay the exercise, arguing that "a flexible response is required" to restore earnest talks with the North.

"South and North Korea have reopened communication lines for the first time in a year and have reactivated channels for dialogue," Sul said, adding that the postponement of the exercise could serve as a platform to advance "inter-Korean and Pyongyang-Washington relations."

Seoul's unification ministry said Monday that South Korea will deal with the issue of joint military drills with the U.S. in a "wise and "flexible" manner so as to not heighten tensions on the Korean Peninsula. (Yonhap)