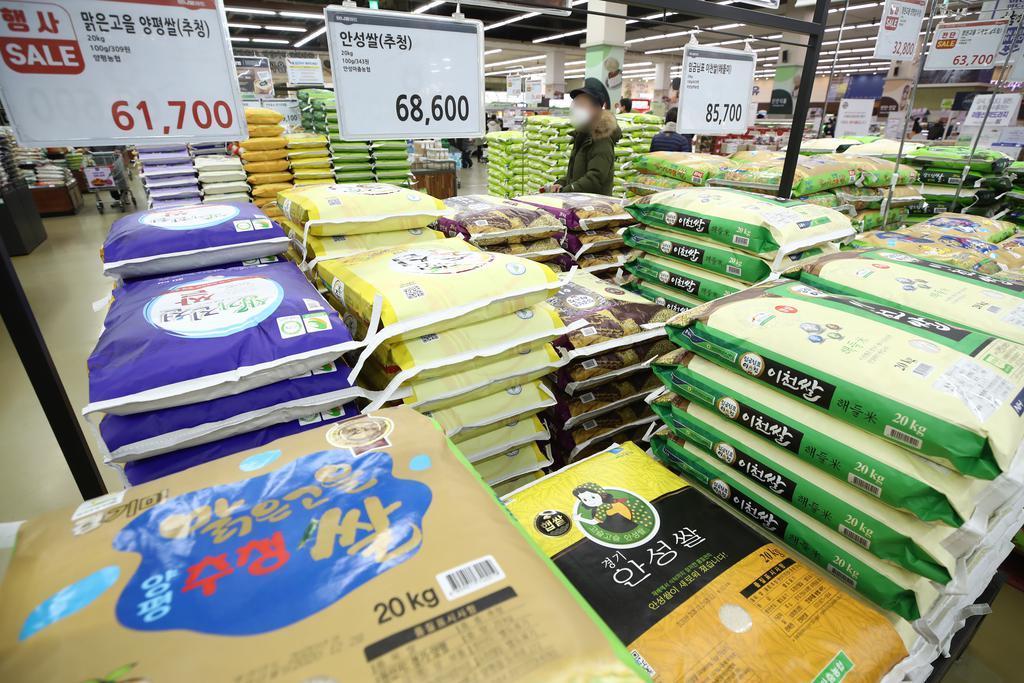 (Yonhap)
South Korea said Monday it plans to release 80,000 tons of rice into the market this month in a bid to deal with supply shortages and stabilize prices.

The move will raise the amount of reserved rice released into the market since January to 370,000 tons, according to the Ministry of Agriculture, Food and Rural Affairs.

The ministry earlier said it will release up to 370,000 tons of rice into the market this year.

The government said the August plan is aimed at coping with a potential spike in demand ahead of the Chuseok fall harvest holiday set for September.

The consumption of rice hit a record low in 2020, but supply ran short of demand as rice production was hit by a record long rainy season and powerful typhoons last year. (Yonhap)