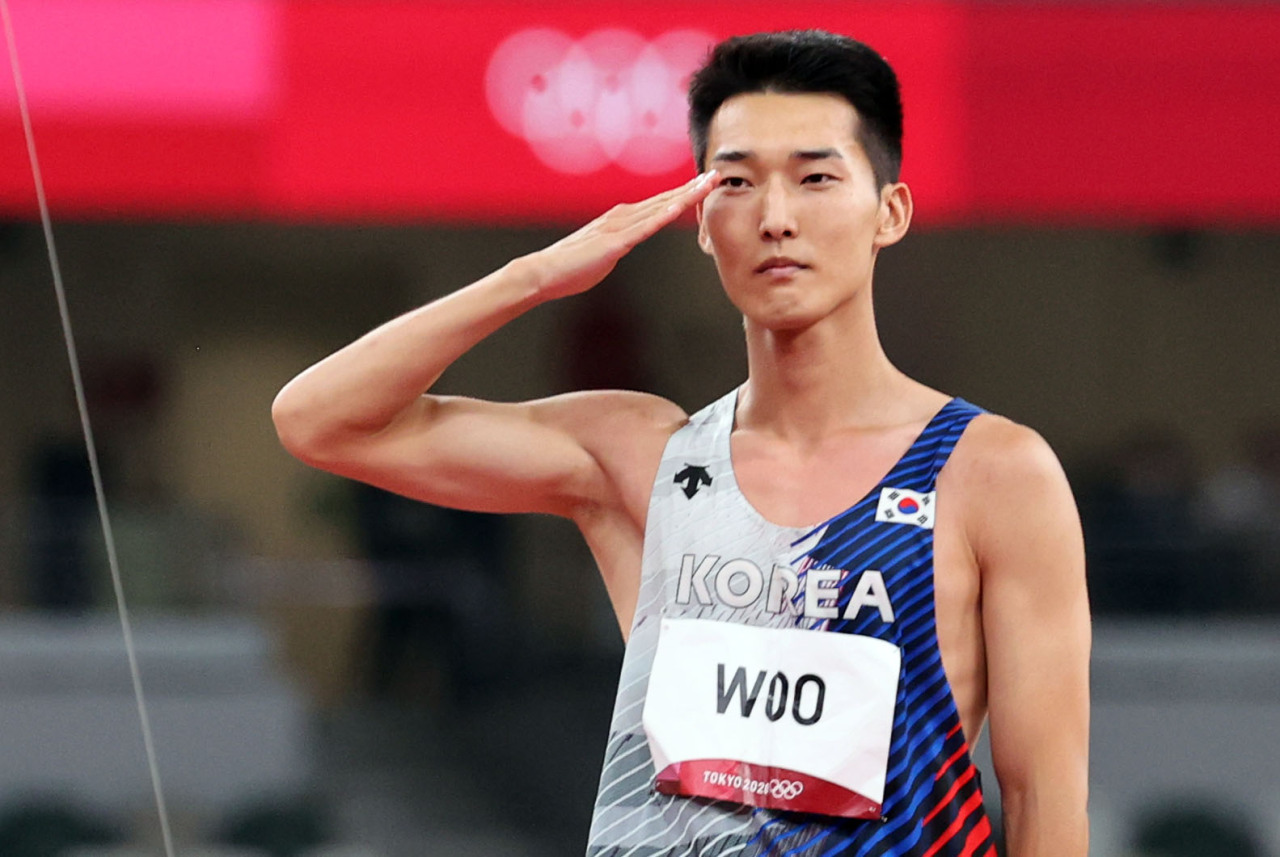 In the finals of men's high jump held at the Olympic Stadium, Woo cleared 2.35m in his first attempt, breaking the Korean record of 2.34m set by Lee Jin-taek in 1997.

He also raised his personal best height by 4cm in his Olympic debut.

The 25-year old finished 4th after failing to jump the bar at 2.39m, while Mutaz Essa Barshim of Qatar, Gianmarco Tamberi of Italy and Maksim Nedasekau of Belarus reached the podium.

Despite Woo's failure to win a medal, he notched the highest ranking at Olympic tournaments won by any South Korean field and track athletes.

Before him, Lee had held the record, placing eighth at the 1996 Atlanta Olympic Games. (Yonhap)