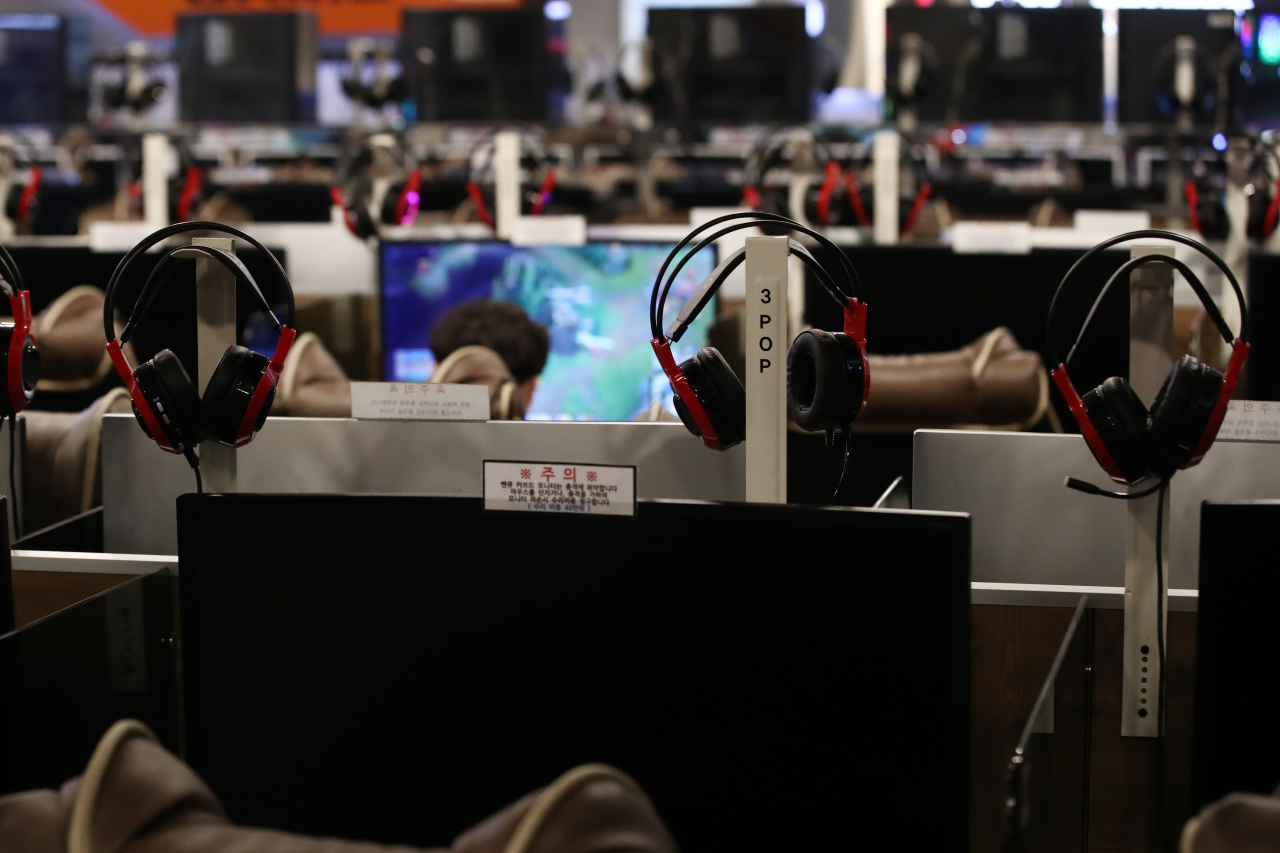 South Koreans play games at an internet cafe known as "PC bang" in Seoul. (Yonhap)
A revision bill has been proposed to allow game players to withdraw from their contracts with game developers and get refunds when faced with unfair practices.

“If game developers and publishers decide to roll back their games to a previous version as a result of their own mistakes, they must provide proper compensations to game players,” said Rep. Yang Jung-suk, an independent lawmaker, who authored the draft of the revision bill to the Act on the Consumer Protection in Electronic Commerce, Etc., on Sunday.

Rep. Yang, a member of the Science, ICT, Broadcasting and Communications Committee at the National Assembly, argued that game developers should give players an option to withdraw from the contract and get refunds when their content or services are hit by problems and when game systems are restored to a previous version.

The move comes as an increasing number of players file complaints about unfair practices by game developers, such as sudden rollbacks or updates that significantly lower the value of their gaming items. In the case of rollbacks, gamers have to swallow the losses in their digital assets without getting a full refund under the current law.

In addition, the contracts are often written in favor of game developers in a way that limits the cases of a full refund. They would only apply to special cases or are under strict conditions, such as whether digital items are used or if they fall within specific refund periods, even when a rollback or update undermines the value of items purchased by gamers.

“The revision proposal is to give back consumer rights to players so that they can withdraw from the contract when they cannot use the items they have purchased because of the mistakes made by game developers,” Yang said.

As the gaming industry expands at a rapid pace, the amount of money paid for buying items on mobile and PC games has skyrocketed. However, many game developers are accused of raking in huge profits by setting up what is called a “pay to win” system, inducing games to purchase more expensive items to outsmart other players, while ignoring the rights of players by rarely allowing them to withdraw from the contract or granting a full refund when problems arise.

“Although the gaming industry is expanding, the quality of service is lagging behind compared with other industries,” Rep. Yang said.

According to data of the Korea Creative Content Agency, a total of 7,281 complaints related to gaming were filed in the first half of this year. By category, limitations on game play topped the list with 2,514 cases, followed by payment-related disputes with 1,246, content or service problems with 1,196 and purchase by minors with 958.

Other complaints involve the lack of technical protection measures, problems with the contracts and operations and losses related to the trade of items or cyber money.

During the January-June period, Apple, which runs its own app store that has a dedicated gaming section, recorded the highest number of complaints from users with 1,909 cases, followed by Blizzard with 1,249, Krafton with 808, Google with 631, Kakao Games with 136 and Nexon with 363.

According to Rep. Yang’s office, among those who went through a dispute arbitration process, there was not a single case in which the parties agreed to settle the dispute amicably.

The office of Rep. Yang said about 25 percent of complaints were related to defects in content or service, or the lack of technical protection measures. For such issues, game developers are supposed to take responsibility and handle complaints proactively, but they tend to ignore players’ opinions, resulting in formal complaints.

In recent months, players of several game titles took to the streets to protest unfair rollbacks and updates that led to game item losses, as well as problems with developers’ refund policies.