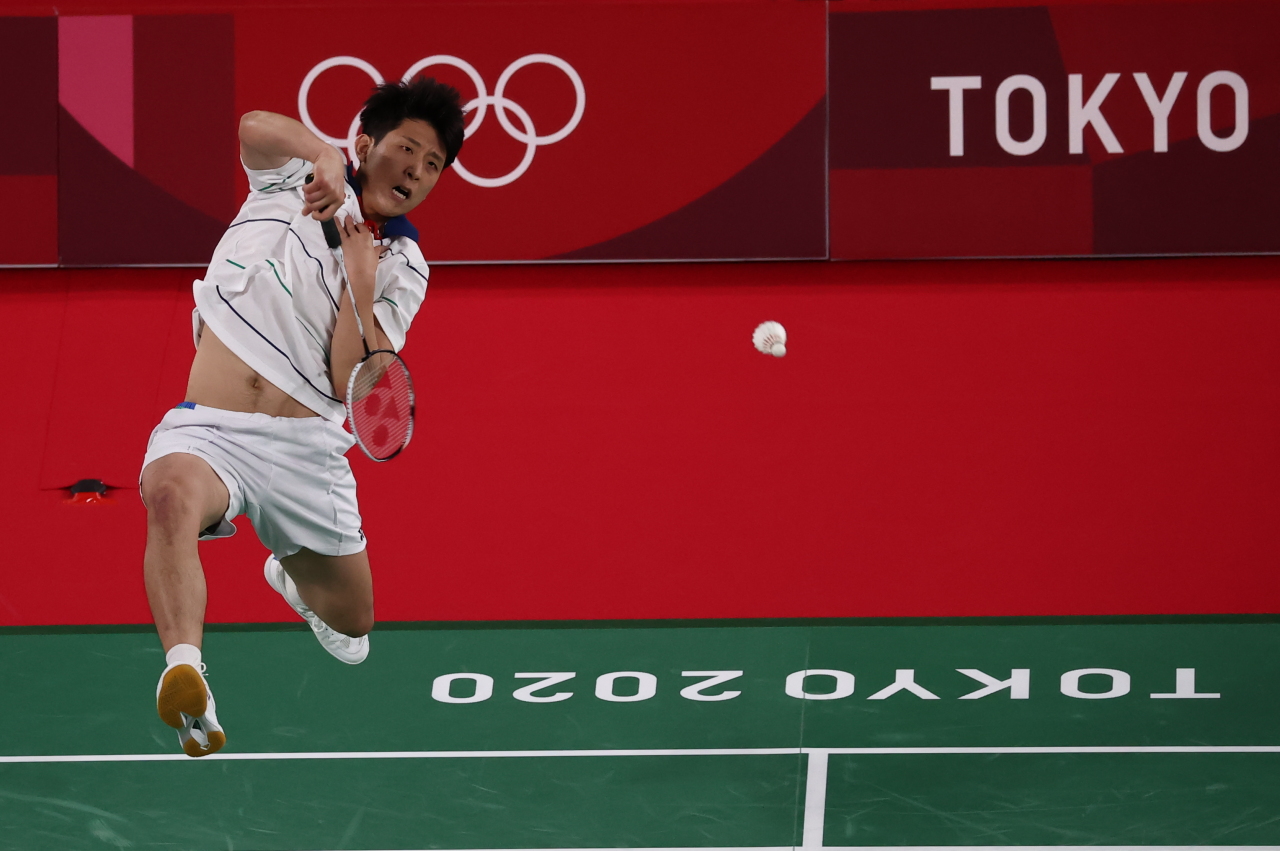 Heo Kawng-hee plays against Kevin Cordon of Guatemala in the quarterfinals of the men's badminton singles event at Musashino Forest Sport Plaza in Tokyo on Saturday. (Yonhap)
South Korean badminton player Heo Kwang-hee got a taste of his own medicine at the Tokyo Olympics on Saturday, losing to an underdog in the quarterfinals three days after shocking the top-ranked opponent.

Kevin Cordon of Guatemala, world No. 59, defeated the 38th-ranked Heo 2-0 (21-13, 21-18) in the quarterfinals of the men’s badminton singles event at Musashino Forest Sport Plaza in Tokyo.

Heo had reached the quarterfinals after stunning the world No. 1 from Japan, Kento Momota, in a preliminary match Wednesday.

Heo didn’t put up much of a fight against Cordon, a four-time Olympian, in the first game, trailing by as much as 17-10.

The South Korea kept things closer in the next game. But when the two were tied at 17-17, Cordon went on a 4-1 run to close out the match in just 42 minutes.

South Korea has won just one medal in the men’s singles in Olympic badminton.

Heo, 25, said he gradually lost his confidence as Cordon kept moving him around with an array of shots.

“I’ve been getting a lot of support from people back home after beating Momota,” Heo said. “It has been great. I felt like I had so many people competing here with me. I tried to live up to their expectations.”

Though the end result wasn‘t what he had in mind, Heo said he’ll forever cherish his first Olympic experience.

“It's a great learning experience just to play in the Olympics,” Heo said. “I beat Momota on such a huge stage, and I now believe I can do this.” (Yonhap)