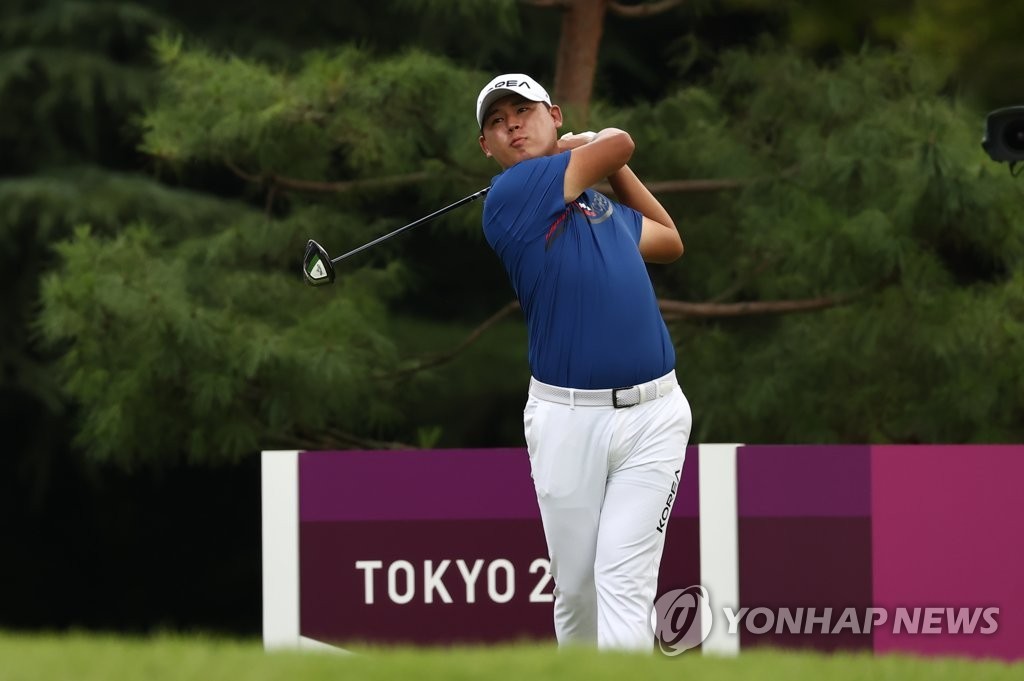 Kim Si-woo of South Korea hits a tee shot during the second round of the Tokyo Olympic men's golf tournament at Kasumigaseki Country Club in Saitama, Japan, on July 30, 2021. (Yonhap)

South Korea's Kim Si-woo found himself further out of contention in the Tokyo Olympic men's golf tournament on Friday, with the weather-interrupted second round suspended.

Kim traded two birdies with two bogeys for an even 71 at Kasumigaseki Country Club in Saitama, north of Tokyo.

At three-under for the tournament, Kim is tied for 25th in the field of 60. He was tied for 12th after the opening round.

"I don't think I've shown even half of what I am capable of," Kim said. "I didn't come here to finish out of contention. I'll try to push myself even more. I think I was settling for pars the first two rounds, and I'll be more aggressive starting tomorrow."

The round had to be halted twice due to inclement weather, and
16 players were not able to complete their round. Play will resume at 7:45 a.m. Saturday.

Xander Schauffele of the United States jumped to the top of the leaderboard at 11-under after shooting a 63. Carlos Ortiz of Mexico is one back after carding a 67.

The other South Korean in the field, Im Sung-jae shot a 73 Friday to drop to a tie for 51st. (Yonhap)