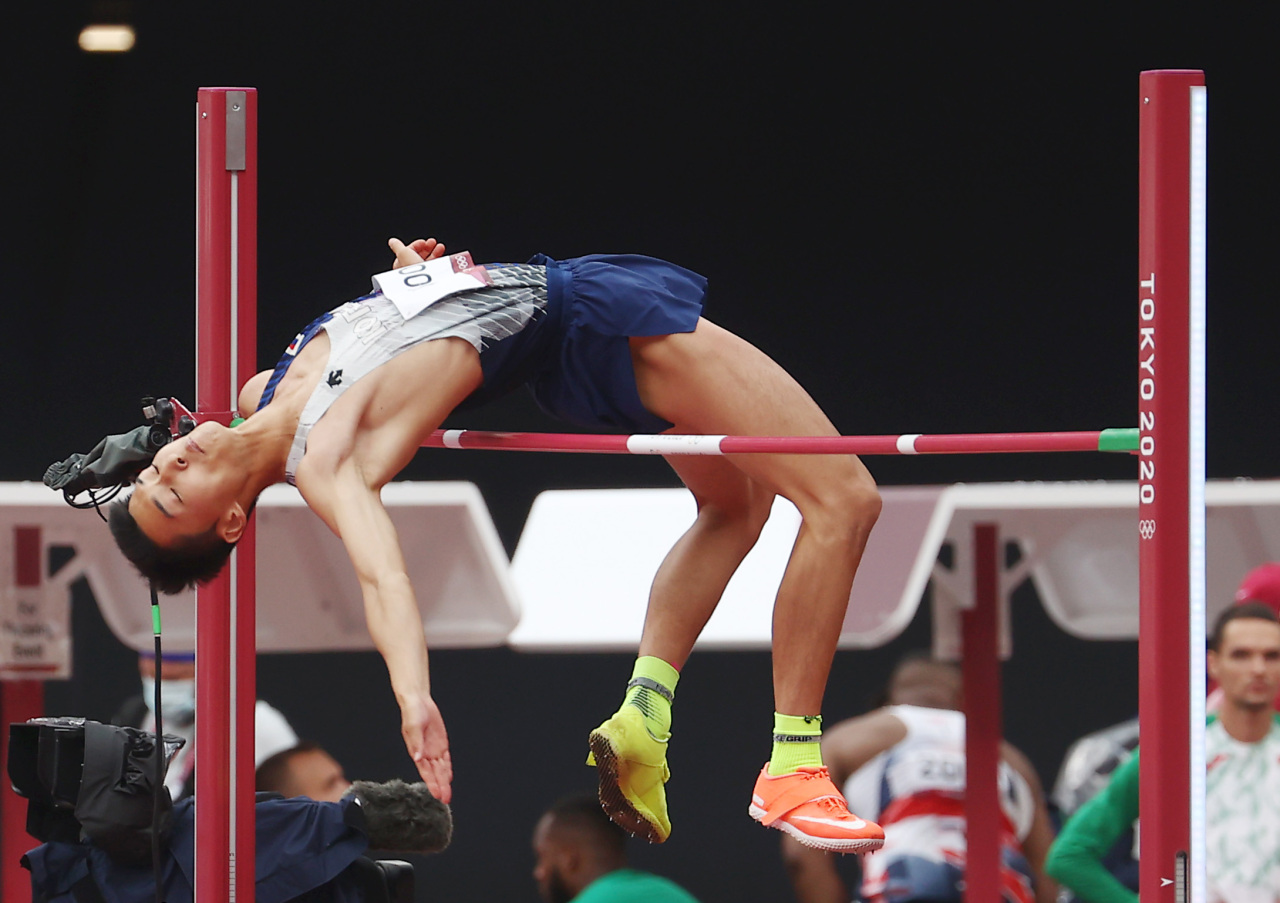 Woo Sang-hyeok of South Korea clears 2.28 meters in the men's high jump qualification event at the Tokyo Olympics at Olympic Stadium in Tokyo on Friday. (Yonhap)
TOKYO -- Male high jumper Woo Sang-hyeok qualified for the Tokyo Olympic final on Friday, becoming the first South Korean track and field athlete in a quarter century to get that far in the multisport competition.

Woo cleared 2.28 meters on his second attempt to make it out of the qualifying stage at Olympic Stadium in Tokyo. He will compete in the final on Sunday.

The last South Korean athlete to reach an Olympic final in a track and field event was high jumper Lee Jin-taek in 1996. He ranked eighth in the final, and it remains the best performance in Olympic athletics for South Korea. (Yonhap)