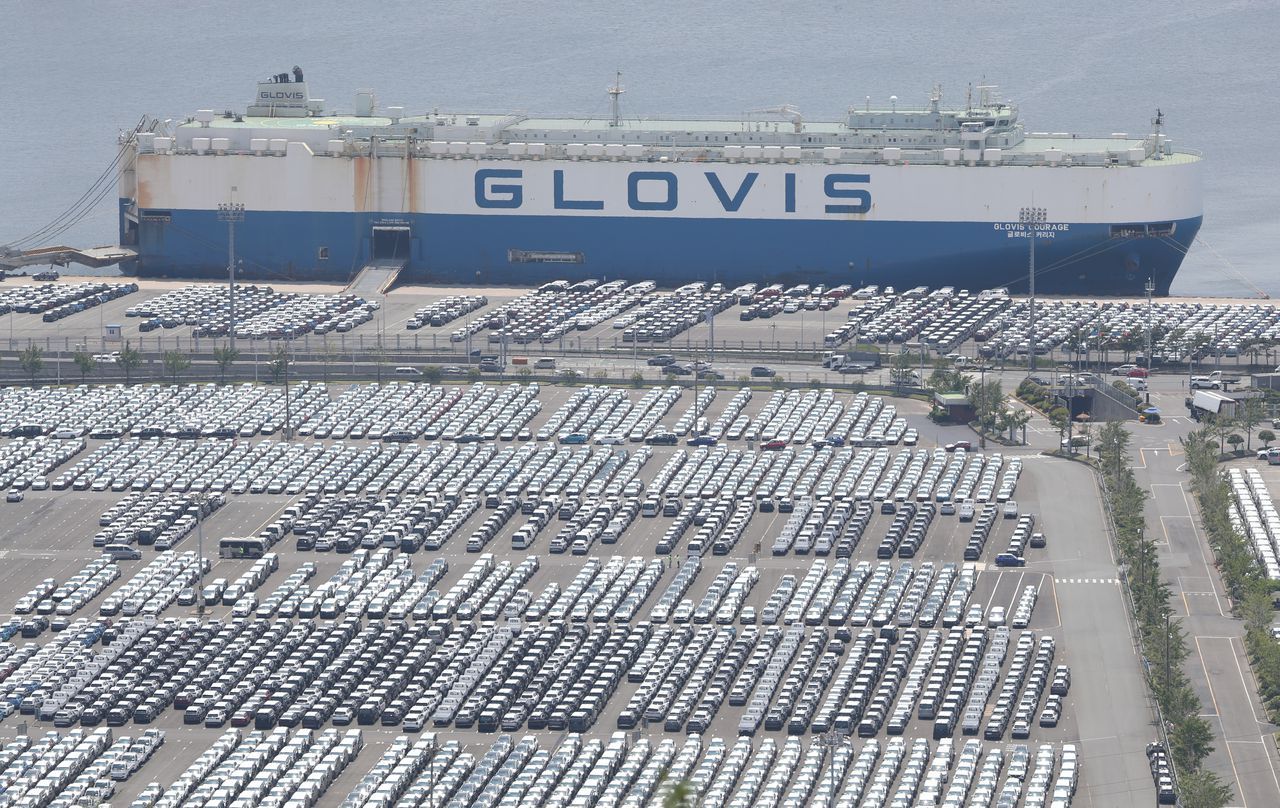 This undated file photo shows cars produced by Hyundai Motor Co. waiting to be exported on a dock in Ulsan, 414 kilometers southeast of Seoul. (Yonhap)
South Korea's exports of autos jumped 71.9 percent on-year in the second quarter on the back of robust demand for sedans and eco-friendly vehicles, data showed Friday.

The country's outbound shipments of cars came to $10.7 billion in the April-June period, compared with $6.25 billion the previous year, according to the data compiled by the Korea Customs Service.

Autos accounted for some 7 percent of South Korea's exports.

Imports of autos rose 38.3 percent on-year to $4.1 billion in the cited period, the data showed.

In the first half, the country's auto exports increased 48.7 percent on-year to $21.7 billion.

The South Korean economy is on a recovery track, led by brisk exports of chips and autos.

Exports rose 32.8 percent on-year in the first 20 days of July on strong demand for chips, autos and petroleum products, according to separate customs data. Overseas shipments extended their gains to the eighth straight month in June. (Yonhap)