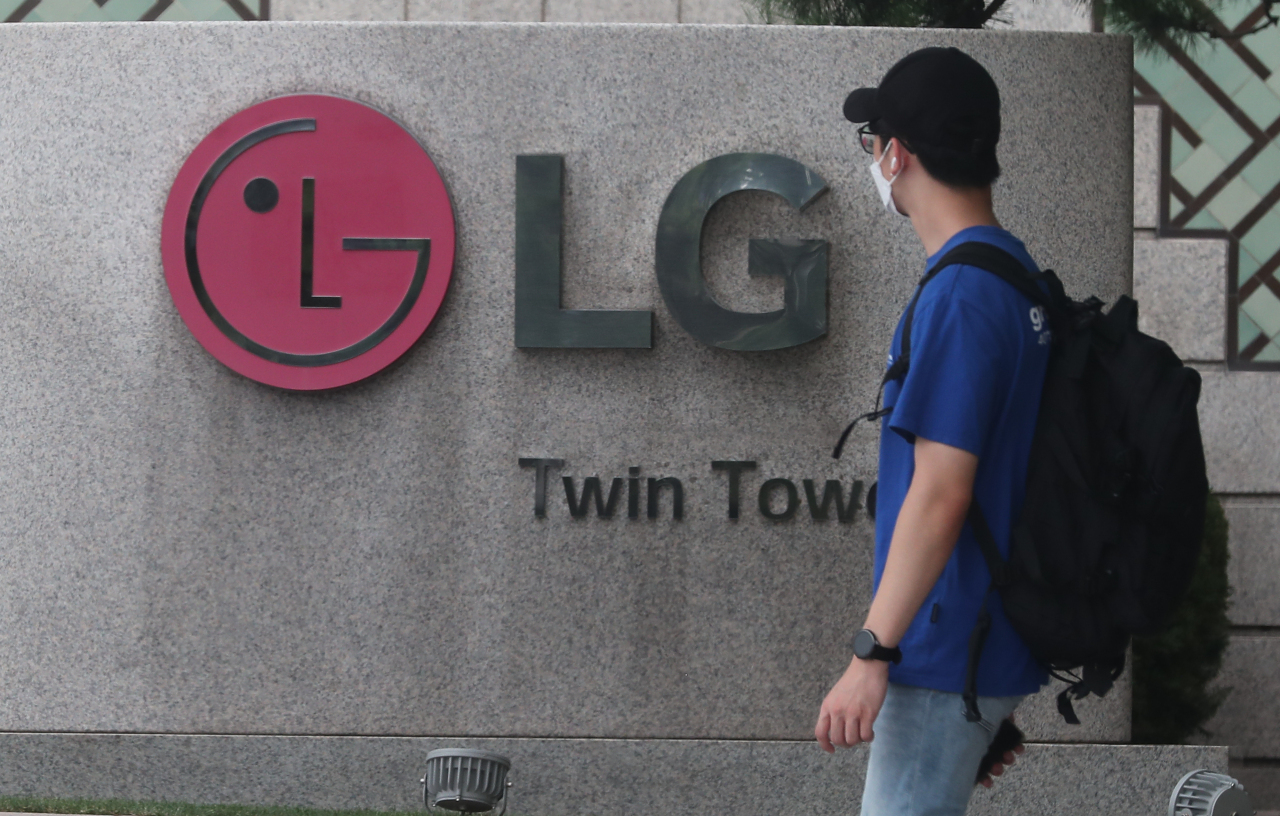 (Yonhap)
Not long ago, bulky refrigerators with the logos of Whirlpool of the United States or Miele of Germany were the symbols of well-off families in South Korea.

Now, a neat collection of appliances from local brands that boast sleek designs, delicate colors and high-tech functions have become a self-esteem booster for many Koreans.

Behind this shift, which is by no means driven by old-fashioned patriotism, is LG Electronics, dubbed by many locals as the king of white appliances.

Proving itself worthy of the reputation, the Seoul-based electronics firm is on path to dominating the global appliances market, outstripping renowned rivals including Whirlpool.

The first to introduce the fridge and the washing machine in 1965 and 1969, respectively, in Korea, LG reported home appliances sales of 13.5 trillion won ($11.8 billion) in the first half of this year, exceeding Whirlpool at 11.9 trillion won for the first time.

LG raked in 6.8 trillion won in global sales of kitchen appliances, air conditioners and vacuum cleaners and other appliances, and an operating profit of 653 billion won, according to the firm’s earnings reports Thursday. The revenue was 32.1 percent larger, compared to the same period last year.

Sales improved all across the word, making the April-June period the best quarter ever for LG, the firm said in a press release.

If current trends continue throughout the year, LG would beat Whirlpool in annual sales too, officially taking the crown of the world’s top home appliance maker.

The financial industry forecasts that LG could reach 70 trillion won in sales and 4.5 trillion won in operating profit by the end of the year, up about 11 percent and 43 percent, respectively, from last year.

Industry watchers attribute the growth of LG’s home appliance business to the popularity of the “space interior” home appliances lineup of the LG Objet Collection.

The global launch of the Objet brand this year appears to have propelled LG to the market’s top position, boosting overseas sales significantly.

An Object owner tends to purchase more Object items, or consider a package purchase of three or four appliances such as a refrigerator, dishwasher, range, water purifier or microwave oven, as the company shows how unity in appliance design can upgrade the look of one’s home, experts said.

“Upon the pent-up demand under the COVID-19 pandemic, the sales of packaged home appliances are on the rise significantly,” a company official explained. “Customers who purchase home appliances in packages deem the space interior very important.”

A booming housing market in the US is another positive factor for LG.

“As the US is seeing its housing supply grow, demand for home appliances has picked up recently,” the official said.

LG is operating its home appliance factory in Changwon, South Chungcheong Province, at full capacity to respond to the rising demand.

Also in April, the company invested an additional $20.5 million in its washing machine plant in the US state of Tennessee to ramp up production in the country.

The Tennessee factory currently has a capacity of producing more than 1.2 million washing machines a year.