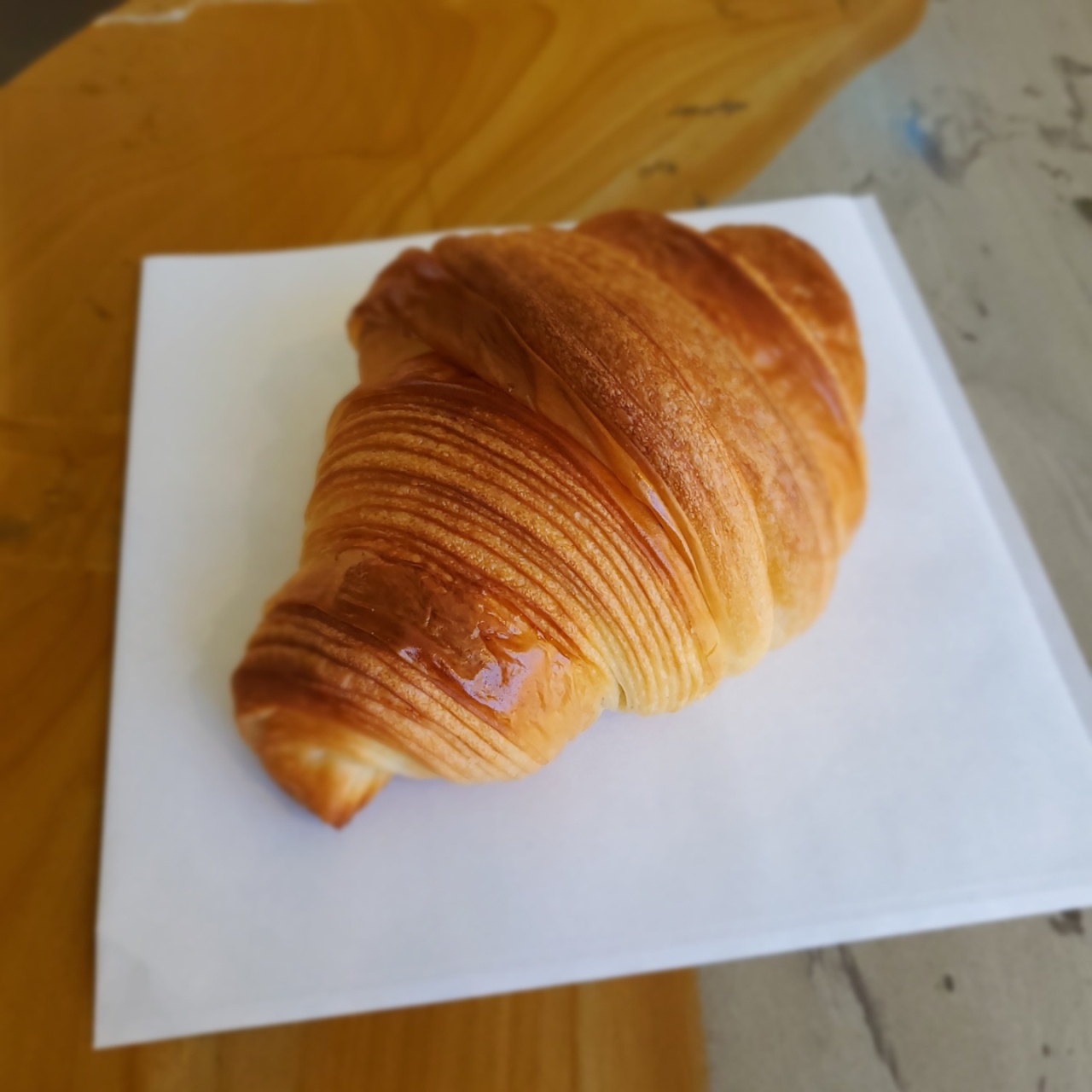 Unlike Artisan Bakers, which specializes in everything from sourdough to pastries, Artisan Croissant Bukchon is primarily devoted to croissants.

Fans of croissants will know that the beloved pastry gets its buttery and flaky goodness from lamination, where layers of butter are sandwiched between layers of dough.

That layered dough is then folded meticulously so when it bakes and the butter melts, one is hopefully left with a textbook honeycomb interior and a delicious, airy pastry.

Some croissant fiends may be looking for a crescent-shaped pastry that simply melts away into crisp, buttery flakes on the tongue, while others look for an airy, glutinous chew through the center and a crisp, eggshell-thin exterior. 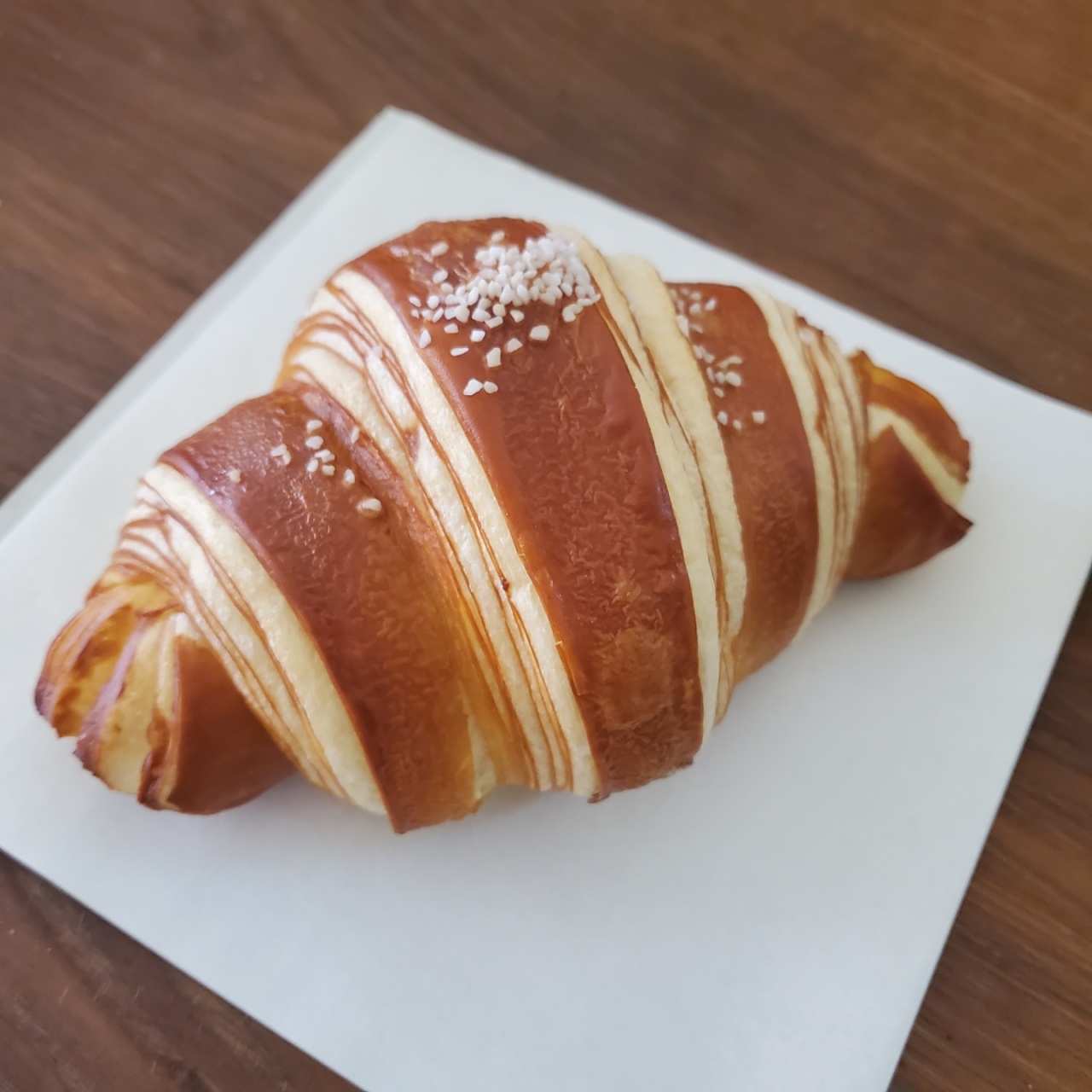 That springy chew, that aromatic scent of freshly baked flour is no happy accident.

When overseeing the croissants for Artisan Croissant Bukchon, Artisan Bakers head baker Mo Tae-sung wanted the focus to be on the dough.

The goal was to find the right combination of flours and the right method of fermentation to pair well with the significant amount of butter that goes into making a croissant.

Professionals often refer to this as a strong dough, a dough that uses flour with a high protein content so it can hold up all those layers of butter.

The dough is even given its own special name.

Mo, however, highlighted another aspect of the detrempe -- the need to use the right flours and fermentation to not only hold up against the sheets of butter, but also to complement the butter itself. 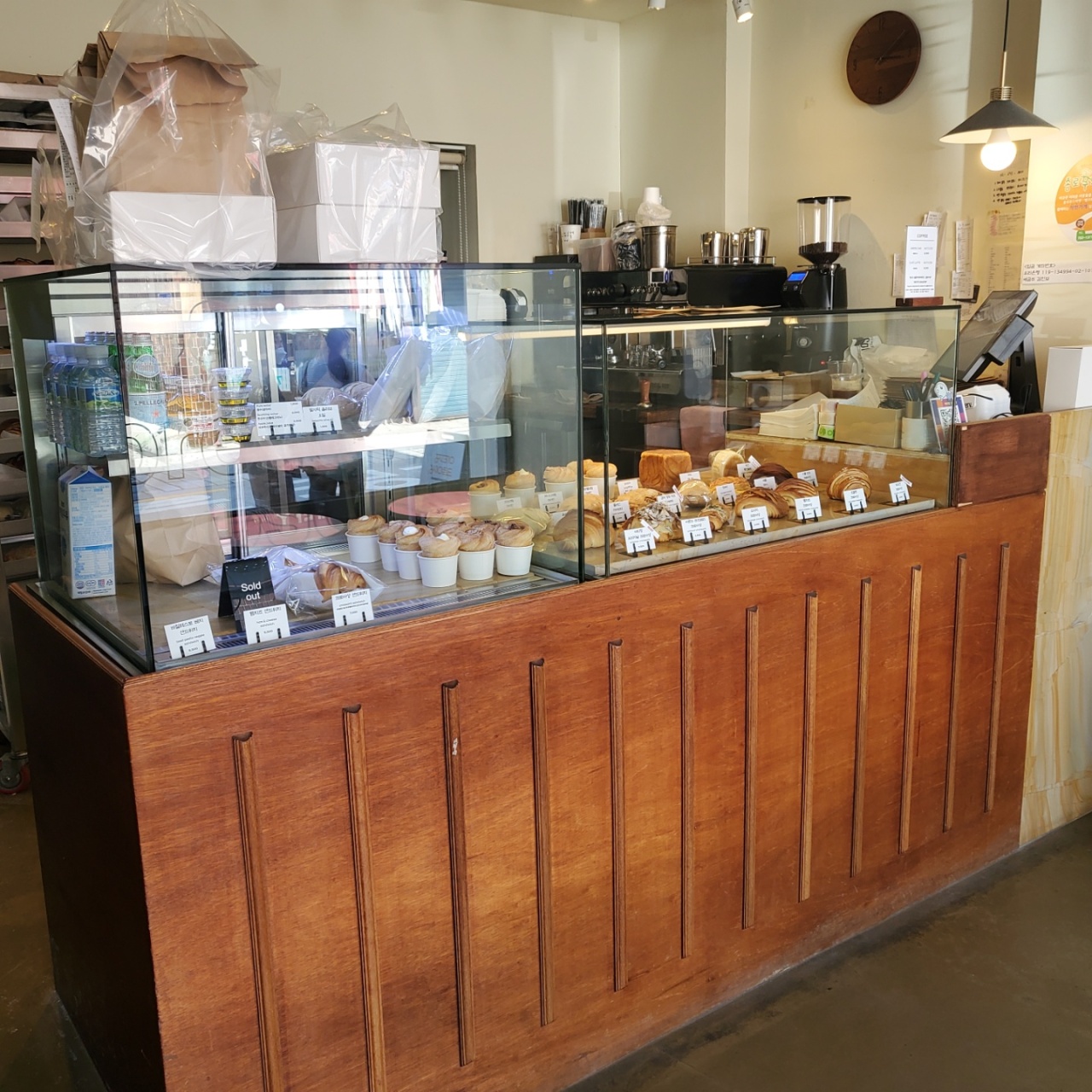 Artisan Croissant Bukchon, which specializes in croissants, opened in Seoul’s Gye-dong in 2017. (Photo credit: Artisan Croissant by Artisan Bakers)
“At Artisan Bakers we focus on using good flours and the appropriate fermentation to bring out flavors that pair well with the aroma of butter,” Mo, 52, explained in an email interview.

For fermentation, Mo revealed that a combination of natural starter and commercial yeast is used.

“In addition to commercial yeast, starter goes into the dough and the dough is fermented for a long time,” said Mo. “Most importantly, getting the dough proofed just right before baking the croissants allows one to achieve that light texture. If one bakes them before the proofing is complete then the butter leaks out and the croissant tastes like it has been fried in oil and if one overproofs before baking then the butter seeps into the dough and the layers collapse creating a greasy flavor.”

Both the plain and laugencroissants at Artisan Croissant Bukchon are neither underproofed or overproofed.

The pastries are feathery light, bouffant and rather large. 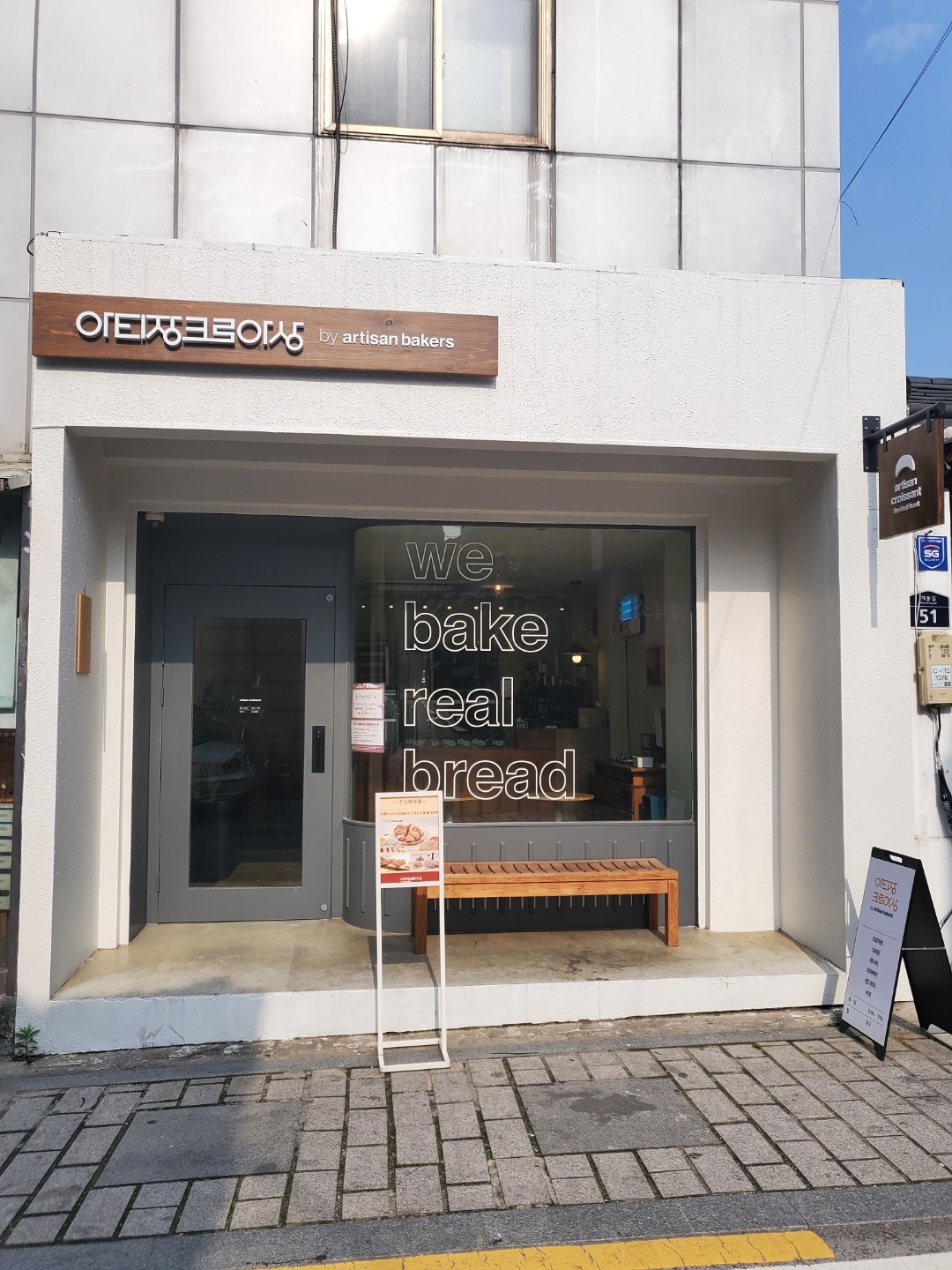 Artisan Croissant Bukchon, which specializes in croissants, opened in Seoul’s Gye-dong in 2017. (Photo credit: Artisan Croissant by Artisan Bakers)
The laugencroissant, which hails from Germany and is not to be confused with a classic croissant, is impossibly fluffy with the right amount of elasticity and a satisfying salty, smooth pretzel-like exterior, while the plain croissant boasts a beautiful honeycomb interior and a buttery, but not too buttery crumb.

To sum it up, unlike classic croissants, laugencroissants are pretzelized, and are not to be equated with plain croissants, which are more delicate, flaky and, well, buttery.

The laugencroissant can be seen as a hybrid pretzel-croissant, not as dense as a pretzel but boasting the saline, glossy crust of the pretzel and a soft center that rides the line between a classic croissant and a doughy bread roll.

While Kim’s plain croissants are equally toothsome, it is the laugencroissants that one might have trouble nabbing.

Despite the substantial amount of croissants made ready on a daily basis, there have been occasions when laugencroissants have been completely sold out.

If one wants one of those soft, saline pretzelized croissants, Kim recommends dropping by before 2 p.m. to 4 p.m.