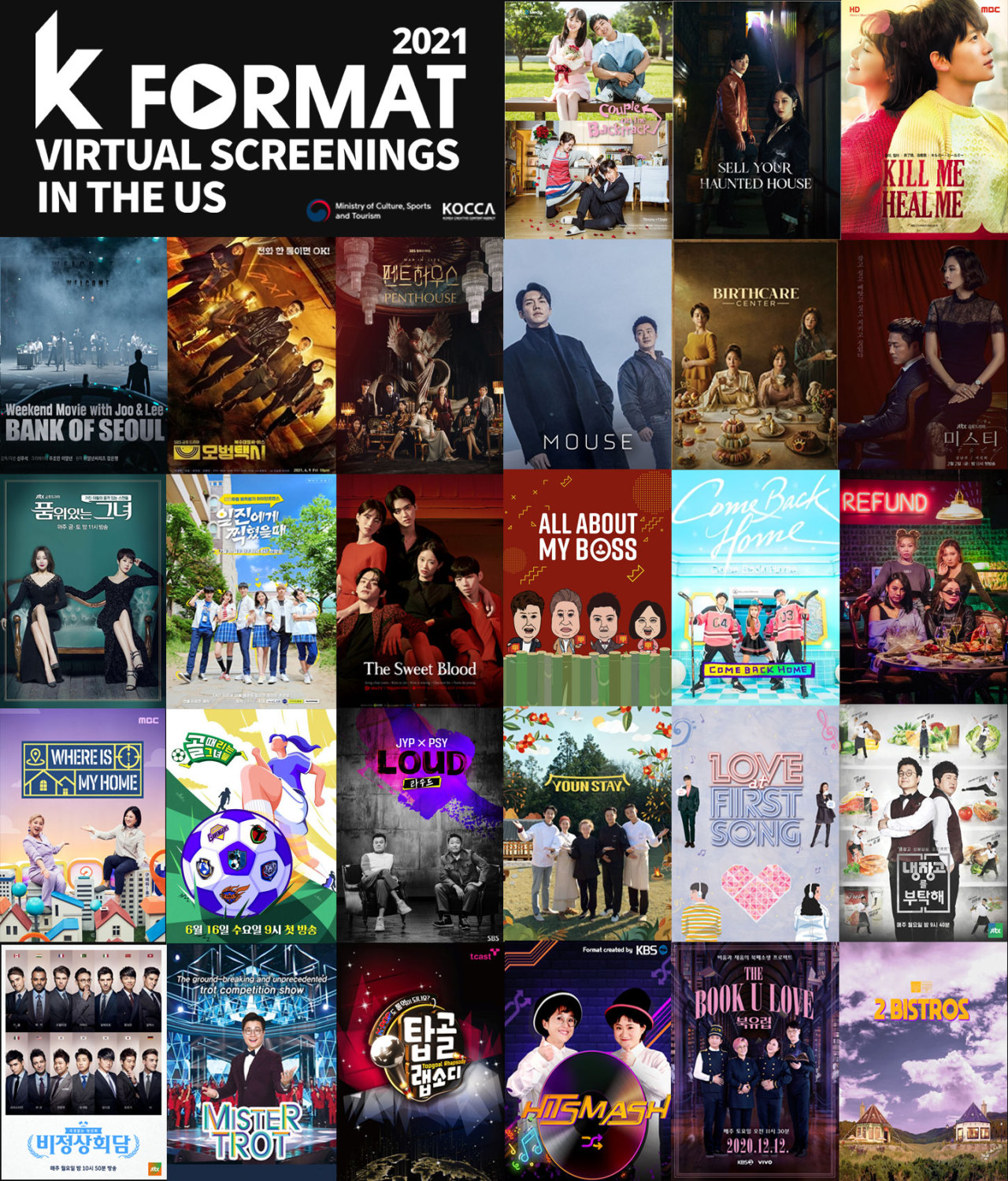 The poster of major programs participating “2021 K-Format Virtual Screenings in the US” (KOCCA)
Korean contents are being virtually screened at “2021 K-Format Virtual Screenings in the US,” which kicked off July 26. The event is aimed at promoting Korean television programs and creative formats to international buyers, according to the Korea Creative Content Agency which organized the virtual event.

Major US networks, including Warner Brothers, HBO Max and Lionsgate, as well as Hollywood producers and directors, Mexican broadcaster TV Azteca and other Latin American buyers have exoressed interested in the online screening of Korean TV programs, a KOCCA official told The Korea Herald Wednesday.

“King of Mask Singer” of MBC and “I Can See Your Voice” of CJ ENM were the top two most sold Asian broadcast format in 2020, said KOCCA, quoting a report by the international media consultancy K7 Media.

In a report last month, the KOCCA noted that while the export of some content business sectors dropped last year due to the COVID-19 pandemic, the export revenue of the broadcasting sector reached $48.6 million, up 2.7 percent from the previous year.

“The screening event in Americas is to promote the excellence of Korean broadcast contents once again and expand the range of international audience,” the acting president of KOCCA Jung Kyung-mee said. “With the upcoming ‘Broadcast WorldWide 2021,’ Asia’s largest broadcasting content market, KOCCA is ready to support the overseas expansion and export of Korean contents.” 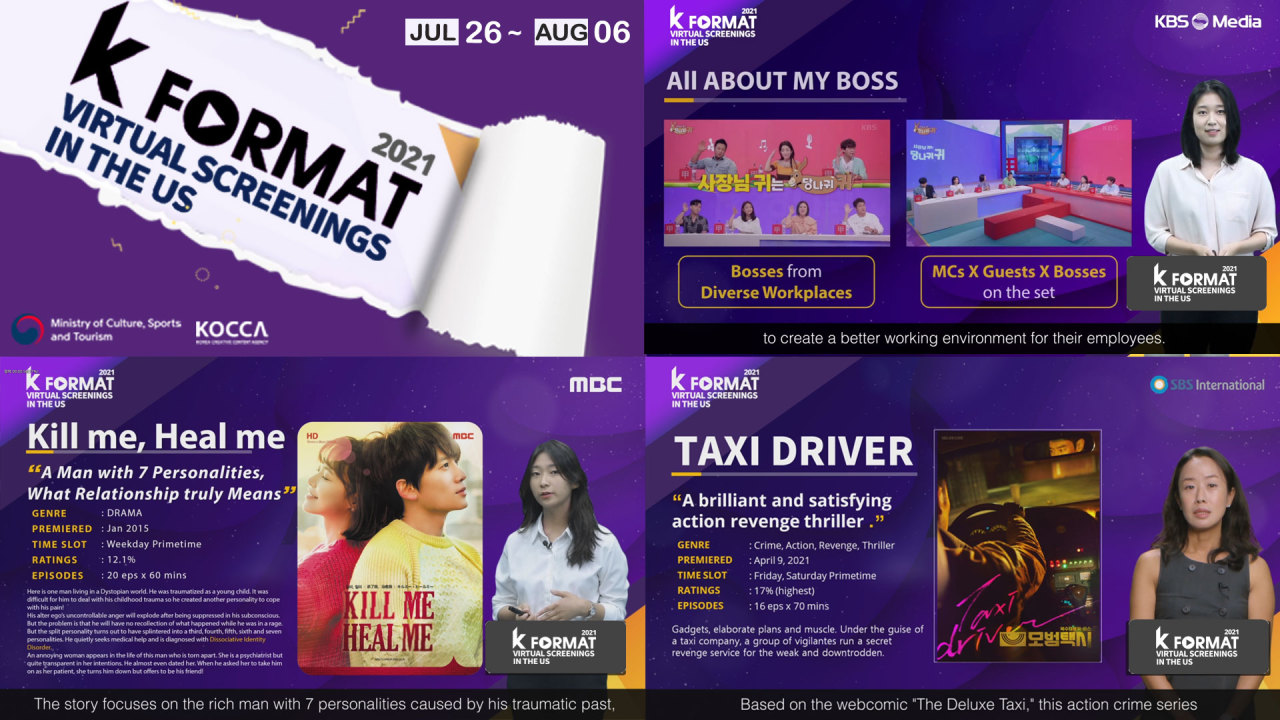