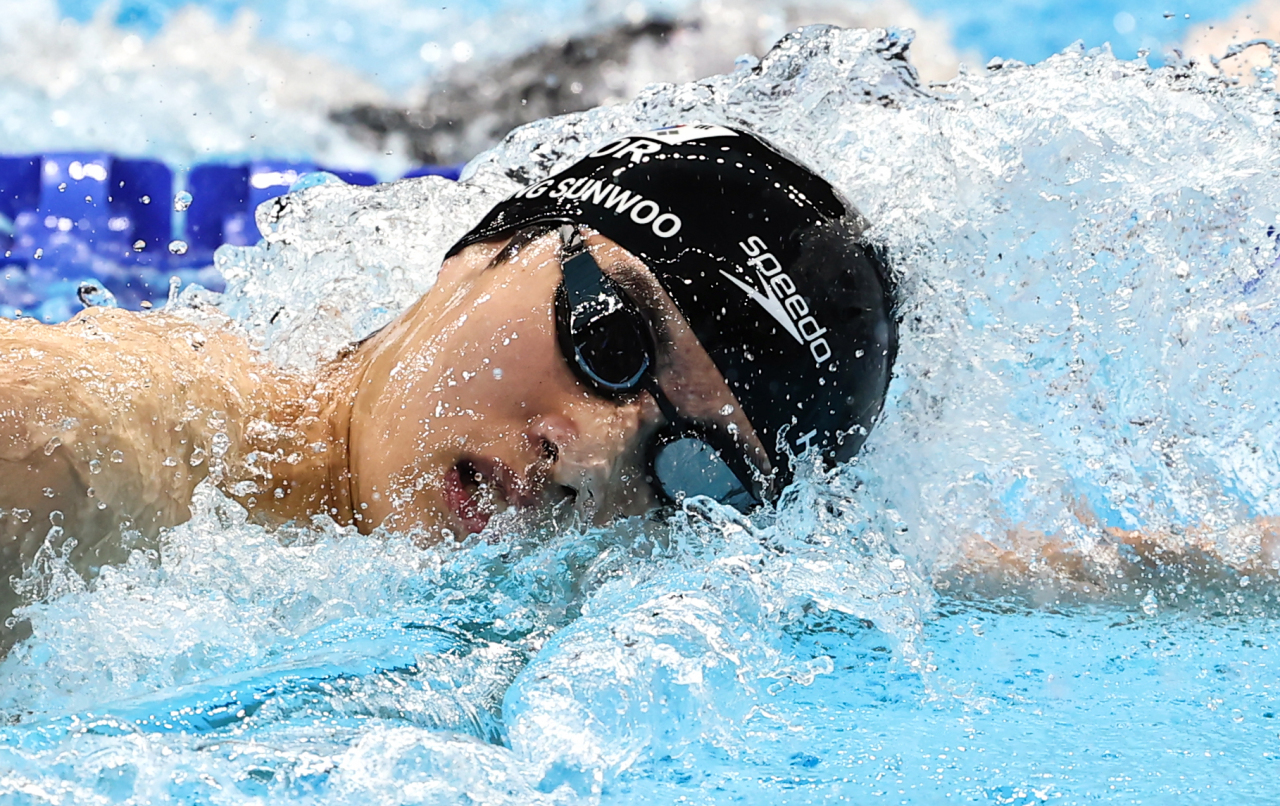 Hwang qualified for the 100m freestyle semifinals by posting a time of 47.97 seconds in the heats at Tokyo Aquatics Centre. Hwang held the previous mark of 48.04 seconds, set during the Olympic trials in May this year.

Hwang, 18, finished second in Heat 7 and sixth overall among 70 swimmers, easily qualifying for the semifinals open to the top 16.

The semifinals are scheduled for Wednesday morning. The top eight from there reach the final set for Thursday.

Hwang competed in the 200m freestyle final earlier Tuesday and finished in seventh.

No South Korean swimmer has reached an Olympic final in the 100m freestyle. (Yonhap)