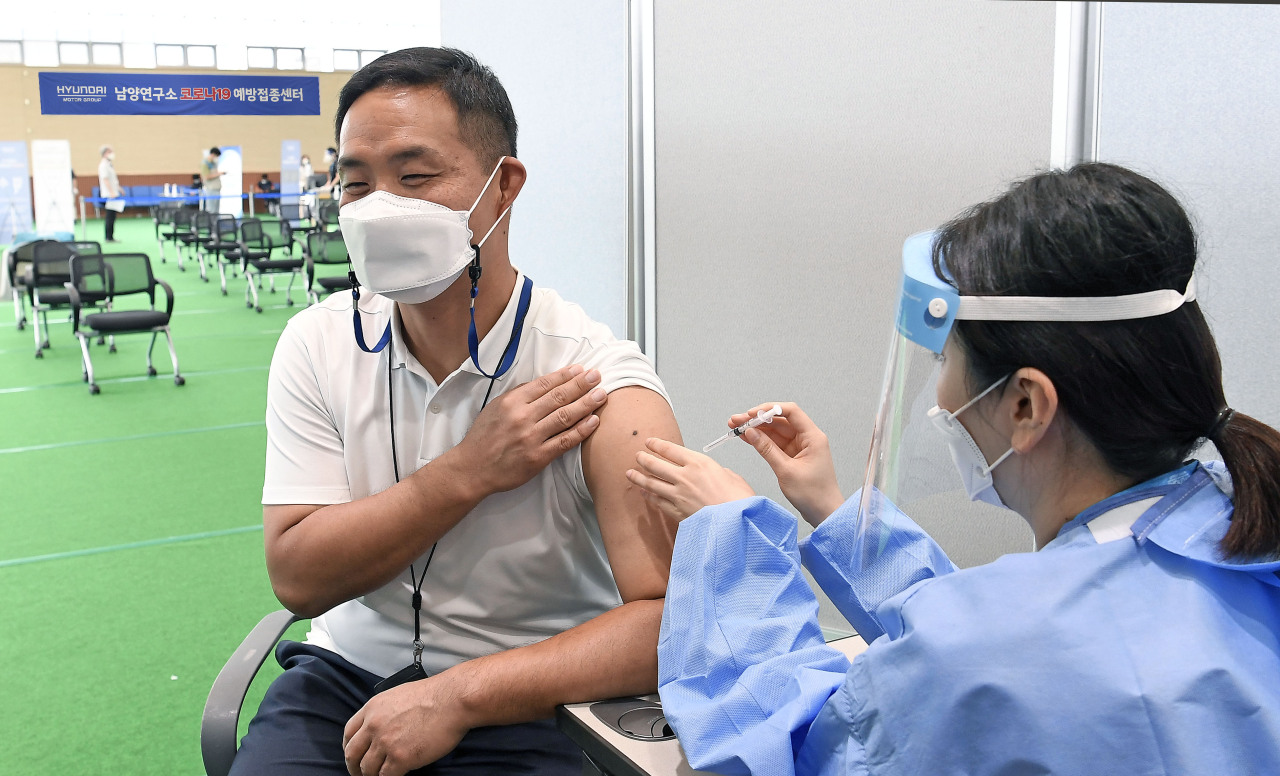 A health worker administers a COVID-19 vaccine to an employee at Hyundai Motor’s Namyang R&D Center on Tuesday. (Yonhap)
Factory workers at Samsung Electronics, Hyundai Motor, SK hynix and other major manufacturers in South Korea began getting their vaccine shots on Tuesday, the health authorities said.

They are part of the 303,159 workers from 43 large companies that operate large production facilities here and have in-house clinics, covered by the country’s first factory vaccine rollout program, according to the Korea Disease Control and Prevention Agency.

The shots to be injected have changed from Moderna to Pfizer, due to a delayed supply from US pharmaceutical company Moderna.

At Hyundai Motor, the country‘s largest carmaker, workers at Namyang R&D Center began getting their jab, the firm said. Hyundai Motor’s manufacturing facilities have been excluded from the government’s vaccination scheme as they do not have in-house clinics.

Kia, the sister firm of Hyundai Motor, will start vaccinating its workers at all three of its manufacturing facilities in Gwangmyeong, Gwangju and Hwaseong on Friday.

For the factory vaccine rollout, intended to prevent production stops in the country’s strategic industries due to virus outbreaks, the government conducted a demand survey to figure out the number of shots needed.