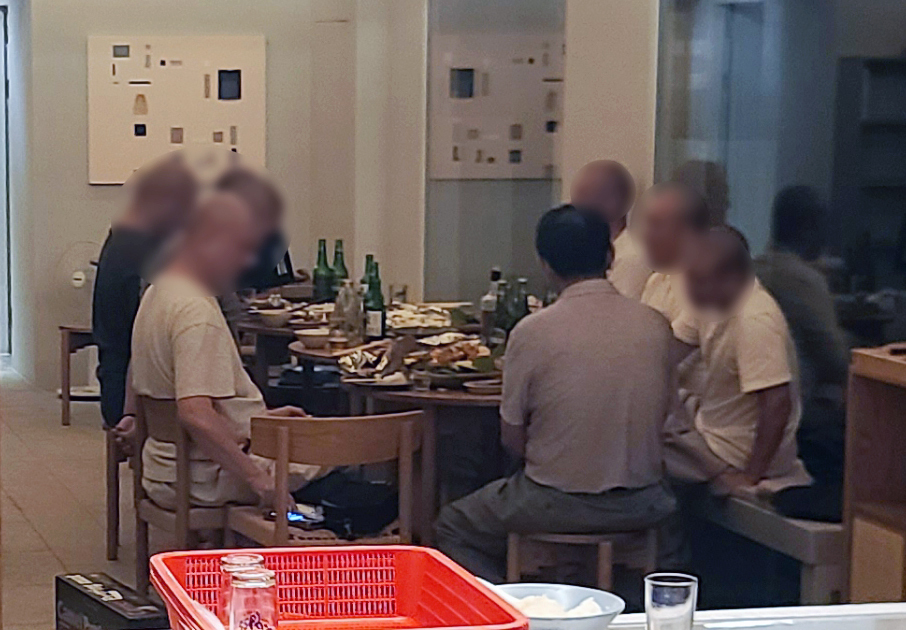 [1] The Ministry of Culture, Sports and Tourism on Thursday announced that it had made some changes to the translation guidelines for kimchi, which were published in July 2020.

[2] The new guidelines state that kimchi’s proper Chinese translation is “xin qi.” The ministry deleted a part that said “pao cai” -- a pickled vegetable dish eaten in China -- is an acceptable translation for kimchi, as it is the name that is already widely used in China.

[3] In June, Naver’s V Live came under fire for translating kimchi as pao cai in an episode of BTS’ variety program “Run BTS!” At the time, Naver explained that the translation was in accordance with the Culture Ministry’s translation guidelines.

*in accordance with: - 에 따라

[4] Another change that was made to the guidelines was sundae and seonji. The original guidelines said that the acceptable translation is “blood sausage” or “blood cake,” but the Culture Ministry cited feedback that the translations could be uncomfortable for foreigners unfamiliar with the food, so they changed the names to “sundae” or “seonji.”

[1] Buddhist monks are facing criticism after seven of them were caught having a private gathering in violation of local social distancing guidelines.

[2] According to the local government of Haenam in South Jeolla Province, there was a report of several Buddhist monks having a meal together with alcoholic drinks on Monday evening, when the region’s social distancing guidelines prohibiting private gatherings of more than four people had come into effect.

[3] A photograph showed eight people sitting at the same table with food and opened bottles at an accommodation facility owned by a temple in the southwestern coastal county of Haenam.

[4] After conducting an on-site inspection, the local government of Haenam said Wednesday that it had confirmed the violation of social distancing guidelines by a total of eight people -- seven Buddhist monks and the owner of the accommodation facility.

[5] The county plans to impose a fine of 100,000 won ($86) on the seven monks and owner of the accommodation facility, who will also face a separate fine of 1.5 million won as a business owner and a 10-day suspension of operation.