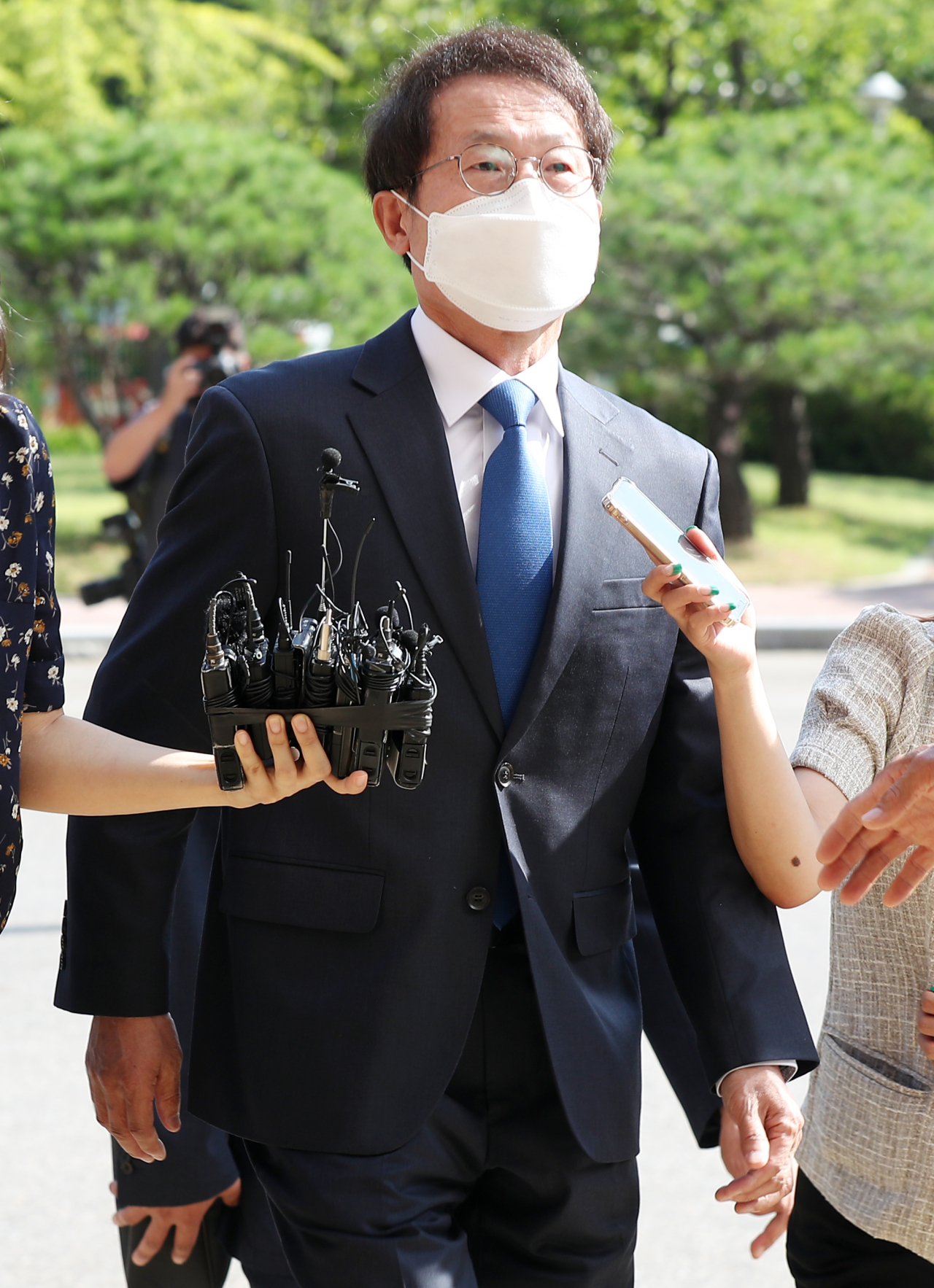 Cho is accused of abusing his authority by pressing for a 2018 special employment process for five teachers who were fired after being convicted of violating the Public Official Election Act. He has denied the allegations since the CIO launched the probed into his case in April.

“Reinstating dismissed teachers who had to leave the students for some 10 years after trying to improve teachers’ rights was a measure to protect teachers’ rights and promote harmony in the educational community. It accords with social justice and there is still no change in my thought,” Cho told reporters before heading into the CIO’s office at the government complex in Gwacheon, Gyeonggi Province.

“I believe that ensuring laid-off workers, laid-off public officials and laid-off teachers return to their places is how our society can move toward future harmony without being bound by the past.”

The Seoul Education superintendent said that he followed the regulations set by the law in hiring the dismissed teachers, adding that he carried out the employment process after two separate legal consultations found no problems.

“I still don’t understand why the Board of Audit and Inspection of Korea filed a charge after it gave us a warning over procedural problems,” Cho said. “I also have questions as to why the CIO launched the investigation.”

The Board of Audit and Inspection of Korea filed the police complaint against Cho in April, asking for an investigation into the Seoul education chief’ alleged violation of the law that governs public officials. The police handed over the case to the CIO at the request of the anti-corruption agency.

Four of the five dismissed teachers, who were allegedly hired under Cho’s direction, were fined for taking part in illegal fundraising during the 2008 election for Seoul’s education chief. The other was convicted of spreading false information about a candidate in the 2002 presidential election. They were reinstated through a special hiring process in 2018.

The allegations against Cho include abusing his power to select certain interviewers for the hiring process and excluding the deputy superintendent, who stood up against the special employment, from the hiring process, according to the BAI Korea.

In May, the CIO raided the Seoul Metropolitan Office of Education to carry out search and seizure operations. It has summoned personnel who were related to the special hiring process.

As the first official investigation tapped by the CIO, the probe into the Seoul education chief’s alleged power abuse has drawn much attention. The outcome could be an indicator of the anti-corruption agency’s competency and political neutrality.

Many on the political left have criticized the CIO’s probe into Cho, whereas conservatives have supported the anti-corruption agency’s decision to launch the investigation against the Seoul education chief.

The CIO -- one of the main components of President Moon Jae-in’s pledges to reform the country’s powerful institutions such as the prosecution -- was launched in January.